When we went to bed it was pouring hard. When we woke up the sun was out! Here's what it looked like outside. 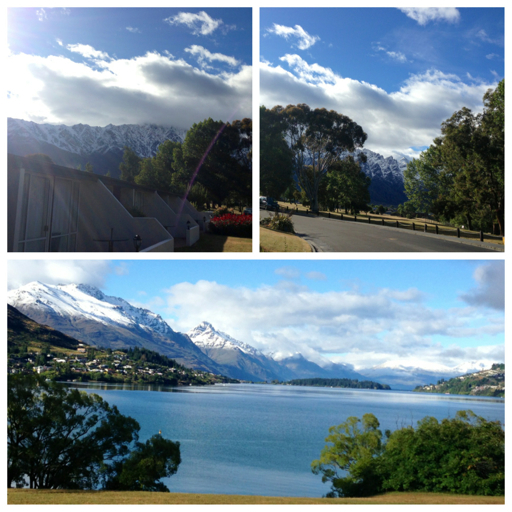 Treklet and I went for a walk along the lake on the QT Trail and then we all headed south to Glenorchy. We had plenty of time to eat a hearty lunch and then wander over to the waterfront and learn a little of the area's history.

Glenorchy sits at the top of Lake Wakapitu, on the shores of the Dart River. It had its roots in sheep, cattle, gold, sawmilling and scheelite mining dating back to the late 1800s, but the road from Queenstown wasn't built until 1962. Until then the only way in and out was by steamboat.

Several local spots were used in the filming of The Lord of the Rings (I swear it was filmed EVERYWHERE in NZ!) Mt Earnslaw can be seen over the Tower of Orthanc, and it is also part of the Misty Mountains. Nearby areas are used as the edge of Lothórian, Amon Hen, and Isengard. 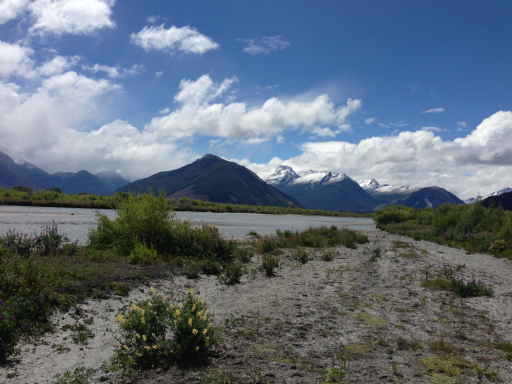 We checked in at Dart Stables and were given gumboots, helmets and Driza-bone oilskin coats. Soon we were mounted and on our way. Because it had been raining a lot for several days, the river had peaked, and there were many new streams and puddles. Many parts of the trails were either squishy mud or shallow rivulets. 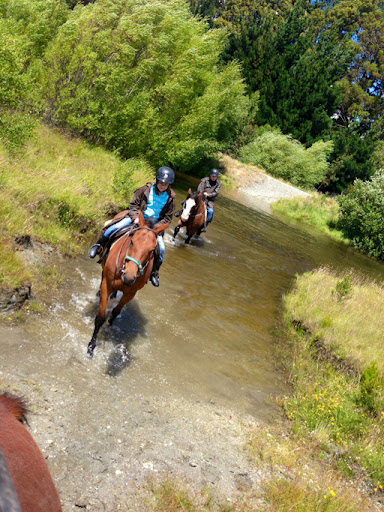 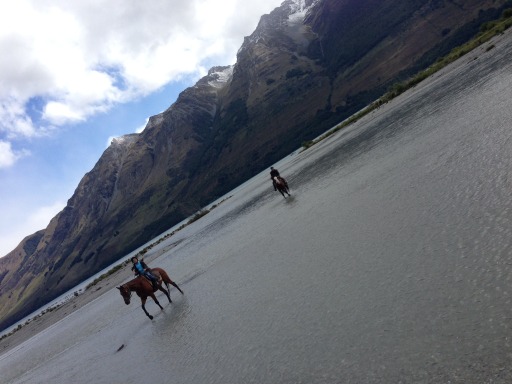 Treklet was very happy to be on a horse. I tolerated it and it hurt my knees. The scenery was amazing, and our Irish guide, Deanna, was full of interesting information. She even took us off the trail a bit to see a pair of Black Swans with their two cygnets.

Here's a little video of our adventure. I didn't record much or snap many pics from horseback, because I was afraid to lose my phone in the water!

Pics
Posted by starfleetmom at 12:52 AM