An Update on the Medical Frustrations

After making my complaint to the "Customer Service Department" at Rady Children's Hospital I got a call from a supervisor in the Orthopedic Department. Dustin was wonderful. We arrived back at the San Diego clinic shortly after lunch and they were ready for us.

We were escorted straight back to the cast room, where a very nice technician removed the wonky cast and swiftly but carefully applied a new one. He advised her to try walking around the lobby for a bit before leaving, to make sure it was OK. It did poke her a bit under the toes, so he trimmed it and then she could finally walk in her walking cast! As we were leaving, Dustin met us in the hallway and we had a brief chat. He assured me that the issue of student supervision had been addressed.

The next day, the Orthopedic Department Lead called me. We had a long chat about all the issues that I was concerned about. At least 45 minutes was given to the situation over the phone. I was assured that all of the Medical Assistants would be advised against trying to influence any child's responses or  assessing any child's pain levels, and that they should be recording information only and leaving the assessment to the licensed medical professionals.

I was told about the medication list on the paperwork. I was told that only the prescribing physician can remove a medication from a child's chart. It should have had a note next to each medication stating "Not Taking" but my child's paperwork only said "By Oral Route" next to each drug name.  This ridiculous rule has come up before, and she said it would be brought up again. She said all staff take the med lists with a grain of salt, and no one prescribes based on it for that reason. WUT?! This is insane. This makes me not trust their records.

I was also told that my concerns about the Emergency Room would be forwarded and that the Lead for that department would call me. It's never happened.

When we first saw the NP in the Ortho Clinic we were told to return in 3 weeks. There was but ONE appointment available, with a PA. Isn't it amazing that when I talked to the Lead I suddenly had a choice of THREE different appointments--all with MDs? Also, we don't have to go back to San Diego because the appointment we got, with the Sports Medicine specialist that we have actually seen before, is in North County, much closer to home.

We will see the doctor on Tuesday, and hopefully, she will be done with being casted. I will request some Physical Therapy for her before sending her back to Taekwando and summer Horse Camp.

I will also avoid Children's ER if at all possible in the future! 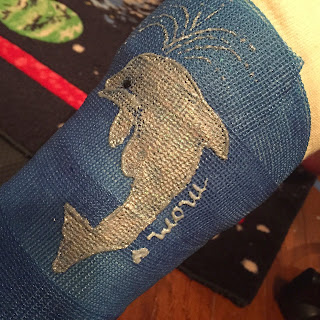 Posted by starfleetmom at 1:55 PM No comments: