The Conscience of Star Trek

Leonard Nimoy passed away this morning.

I'll admit, when I was first told, in the parking lot of the school by my friend, Cameron, who ran out of his office to tell me he just saw it on Facebook, I didn't have much to reply. I knew he was ill. I knew he had been rushed to the hospital earlier this week. The last time I saw him at a convention he looked frail. It wasn't unexpected.

When I got home, and had a few minutes to look at the internet, and read the numerous texts, tweets, and Facebook messages sent to me it really sunk in. I read the NY Times piece. I read Star Trek Continues tribute. My friend, Genevieve, was very shaken, and her posts and texts pricked my heart. Then I watched this YouTube clip and that's when I lost it. http://youtu.be/9_8nY_LQL3w

Leonard Nimoy could not shake off the iconic role of Mr. Spock. The fame he garnered through Star Trek afforded him (and his cast mates) opportunities to write books, direct movies, record albums, publish his photography and even write poetry, yet he would forever be tethered to that character. He eventually accepted that, and wrote in one of his books, “In Spock, I finally found the best of both worlds: to be widely accepted in public approval and yet be able to continue to play the insulated alien through the Vulcan character.”

I read that Gene Roddenberry once called him the "Conscience of Star Trek." I'm not sure about the context of that statement, but I can imagine that it reflected positively on Mr. Nimoy's personal character.

Mr. Nimoy had an opportunity that his other cast mates did not. He was given a role in the revived Star Trek film franchise, and was able to personally pass the character torch on to his successor in the role, Zachary Quinto. What an honor for the younger actor to not only learn about the roots of the beloved character from the man who shaped it, but to act alongside him as well.

I met Mr. Nimoy at the Star Trek Las Vegas Convention and he was a gentle soul. His signature graces my movie teaser poster, alongside many others.

While the internet explodes this weekend with the tributes, homages, and memorials, I will be watching Star Trek---The Original Series and The Voyage Home film. I might even bite the bullet and watch Star Trek 2006 and try to ignore the lens flares.


RIP Leonard Nimoy. You will be missed. 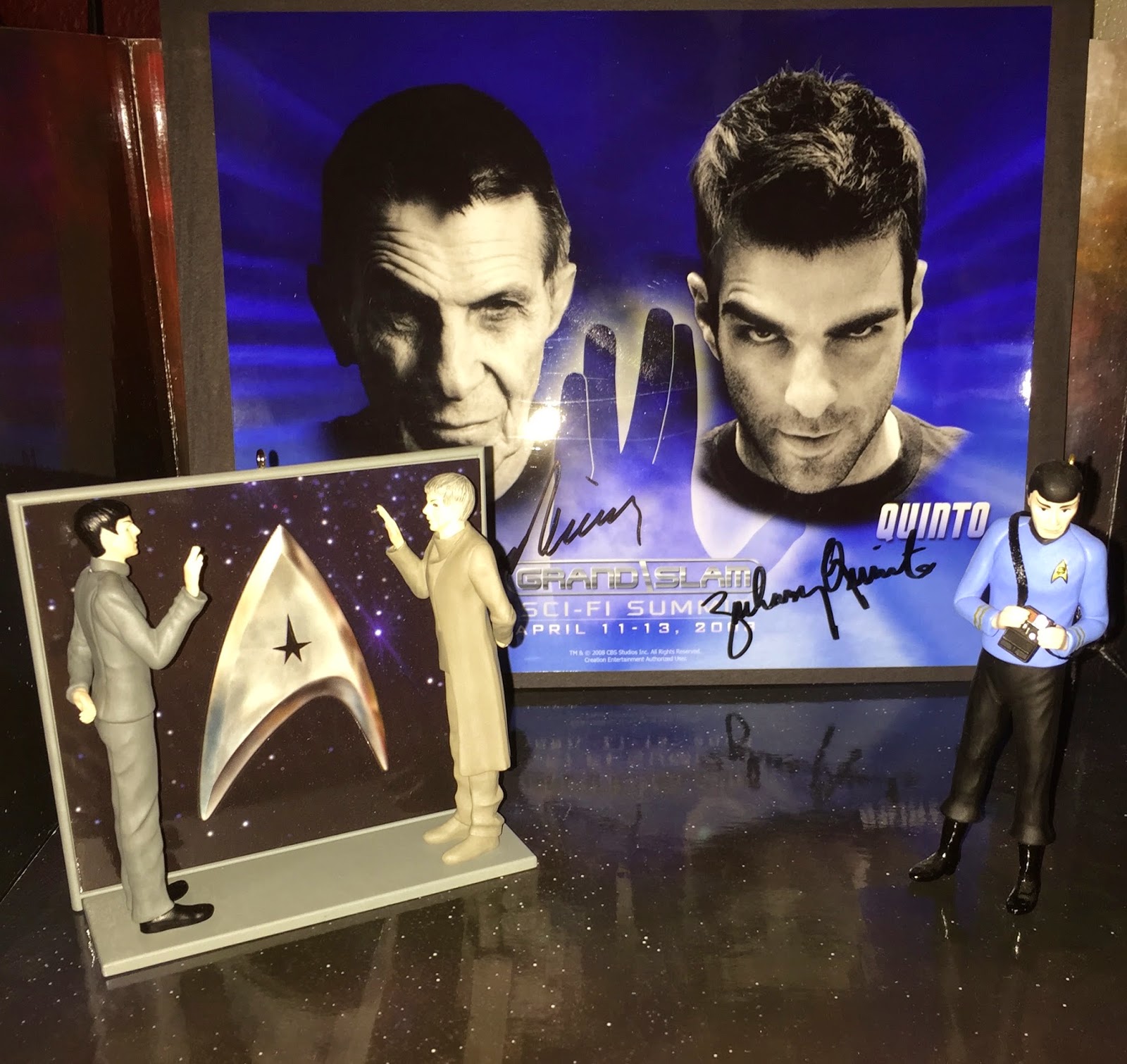 First Con of the Year is Now a Memory 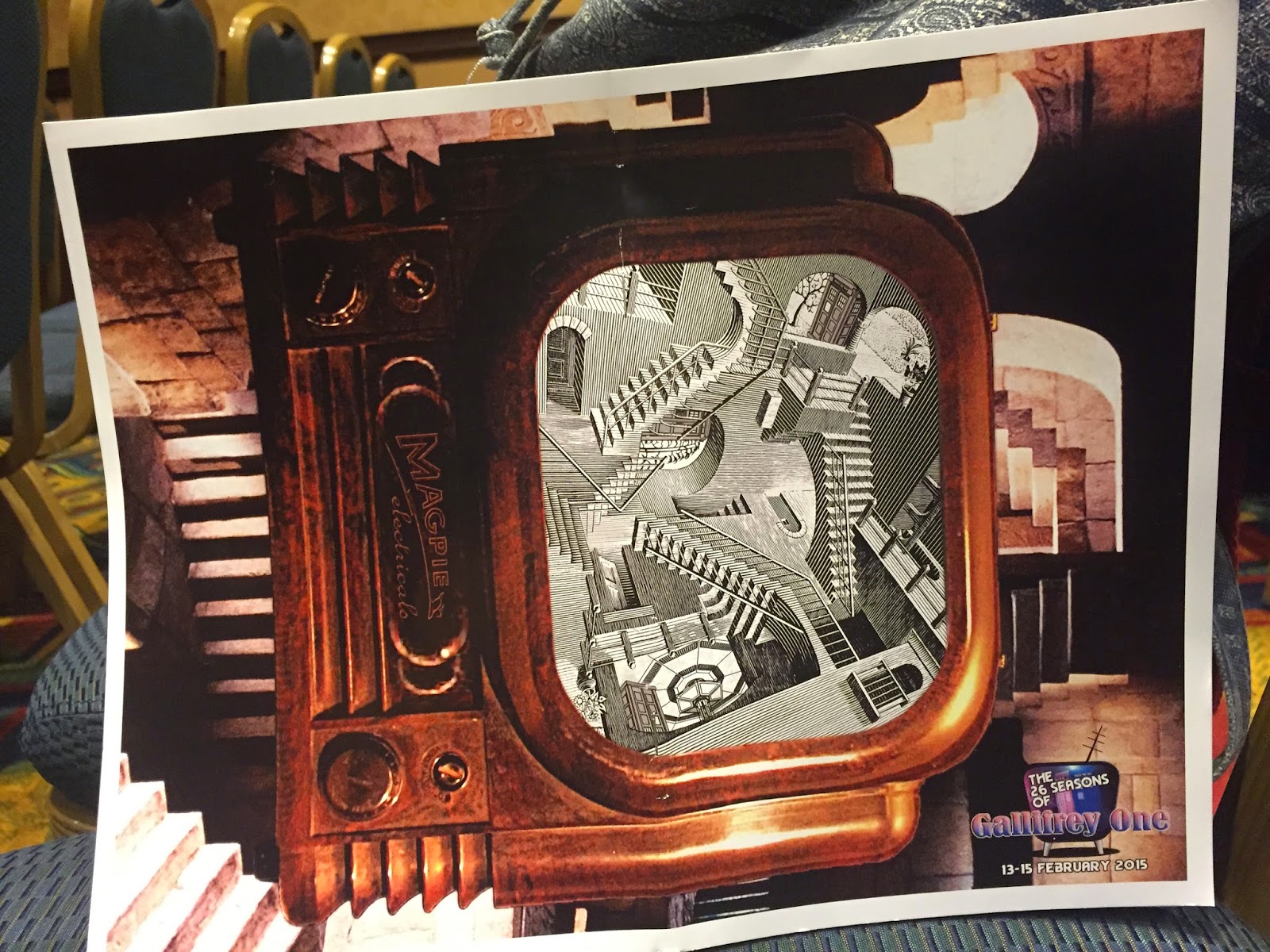 Treklet and I went to our second Gallifrey One last weekend.
While I consider this to be one of the better run conventions that we have attended, and at a reasonable ticket price for all we get, the accommodations and food were outrageous.

We were unable to book a room at the convention hotel (LAX Marriott) again, so we stayed a short walk away at the LAX Hilton. It was a nice place, but I MUST remember to bring my own pillow next year! Parking fees and taxes bumped our bill up by about 50% of the base room rate for two nights.. from $210 to $318! We brought our own food, and only bought one meal, which was greatly overinflated in price.  We had a veggie burger, a Greek salad, and one cocktail at the Marriott's cafe and the bill was $44 plus tip! Crazy, right?

OK, enough ranting about the cost of conventioning near the second busiest airport in the country...

We arrived Friday in time to drop our car off at the hotel and store our luggage before the Eve Myles interview. Wow, she was hilarious. To no one's surprise, she dished on John Barrowman exposing himself on set and other antics. She was animated and fun and cute and, well, nothing like her character on Torchwood! 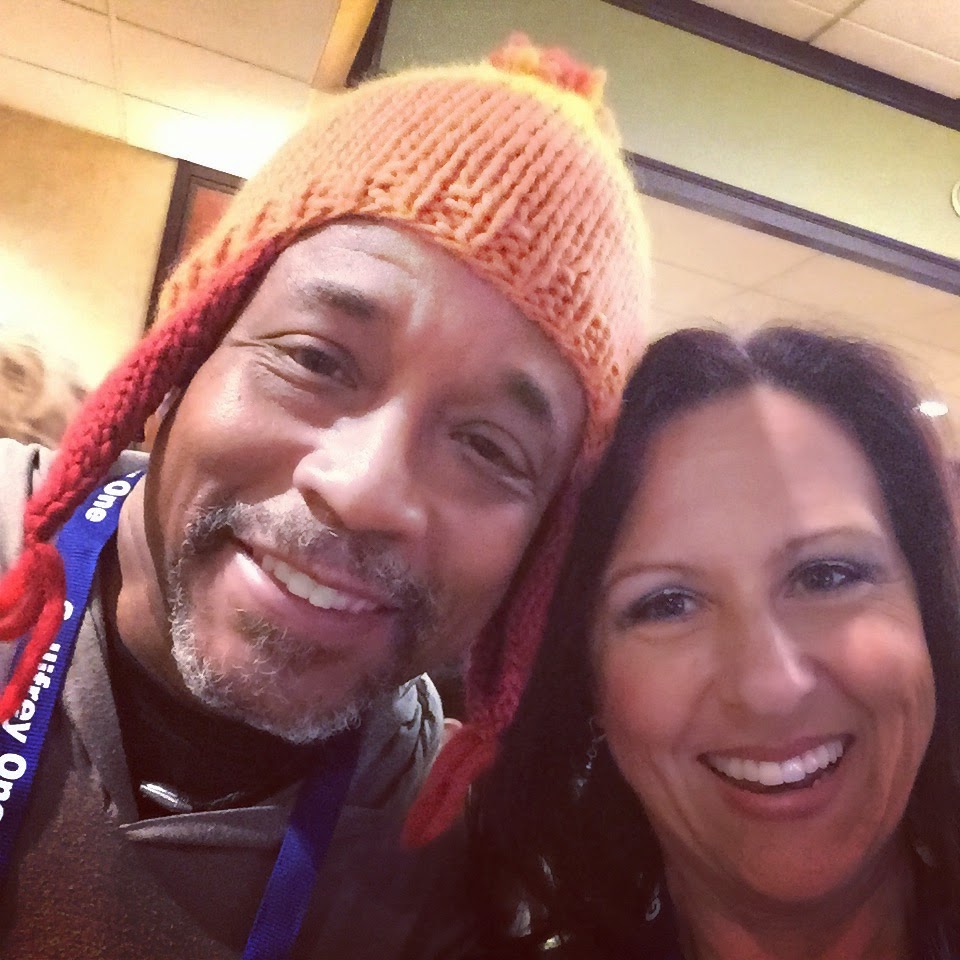 After that, we browsed the exhibits, tables and vendors and Treklet started her badge ribbon collection. We were pleasantly surprised to run into our friend Nathan Adams, who had just purchased a Jayne hat. Isn't he adorable in it?

We also found Huston and had a nice visit with him. Treklet liked the prop replica table, and had a great chat with comics illustrator Christopher Jones, who gave her a signed Flash pic and some drawing tips. I got Eve Myle's autograph on my Torchwood cast photo. She was beautiful in person, and very nice to us.


We separated for a while so I could go to the Naoko Mori and Burn Gorman interviews. Of course, Naoko independently confirmed everything Eve said about Barrowman! LOL

Unfortunately, Alex Kingston canceled her appearance. Since I didn't think Treklet would know anyone else at the reception I had purchased tickets for that evening, we decided to get a refund. That refund paid for our dinner out and all of our autographs, so I think it was a good choice.


Back at our hotel we munched on snacks and watched some Torchwood on my iPad and were asleep pretty early. This is definitely not a party con for me! I know there are a lot of shenanigans in the evening and well into the wee hours at Gally, but I really enjoy this con with Treklet.

Saturday morning we had breakfast in the room from our stash then hit the fitness center before heading back to the Marriott. We had a full day scheduled. I enjoyed listening to a panel called Getting the Science Right. The panel members were David Gerrold, Gillian Horvath (writers),  Robert Smith (writer and biomathematics professor, and Craig Miller (writer). The next panel I went to was Sustaining Television with writers and web developers Hayden Black, Arnold Blumberg, Richard Dinnick, Len Wein and Deric Hughes.  I found it very interesting!

Something that Gally offers is the opportunity to participate in kaffeeklatsches. What's a kaffeeklatsch? It's a small group of 12 people sitting around a conference table with a writer or celebrity drinking coffee (or tea) and having a discussion. The kaffeeklatsches are FREE. How cool is that? (Creation would charge you $100 for that, am I right?)

We were able to do two--the first with David Gerrold, in which he did most of the talking. I learned quite a bit about the man who wrote The Trouble With Tribbles (which never came up), his body of work, and his strong opinions on certain topics, which may or may not have included Star Trek TNG and Gene Roddenberry.

The second kaffeeklatsch was with writers Deric Hughes (Warehouse 13 and Beauty and the Beast) and Gillian Horvath (Highlander). This was a true discussion, in which everyone got to participate and ask questions and make comments. We talked quite a bit about advertising in the DVR/Web age and internet and social media tie-ins.

I missed every other interview and panel after that. We spent some more time in the vendor room chatting with Larry Nemecek (and taking yet another SFMom-Larry con pic--what is this, like our millionth?) and Gene Turnbow from Krypton Radio (which I am listening to now as I type this).

We hung out some more with Nathan, Treklet got her Hollow Earth book signed by John Barrowman, and I got my torchwood cast photo completed with Burn Gorman's autograph. We also placed some bids on some beautiful stoneware pieces at the art show.


I greeted Michele Specht at the registration table when she ::finally:: arrived and we snapped some selfies. ----->>>>

We headed up to room 1701 (how cool is that?) where our name was checked off the list and we were each handed a Torchwood cast photo and two autographed photos--one of Nina Toussaint-White (Mel in Let's Kill Hitler) and one of Siobhan Hewlett (Harriet Derbyshire of the Torchwood Institute). We were then assigned to a group and told to help ourselves to as much wine and soft drinks as we liked.

Soon, celebrities started arriving and visiting the groups in rotation. We got to visit with Dan Starky (Strax the Sontaran), Ellis George (Courtney Woods in Series 8), Ross Mullan (many roles incl Teller in Time Heist, the Silent, Ice Warrior), Burn Gorman (Owen Harper, Torchwood) and John Barrowman (Captain Jack Harkness). Ellis was energetic and fun! Dan was interesting and sincere. Ross was comfortable and relatable. Burn was friendly and brought his own beer. John was wonderful and gave Treklet a lot of attention. It was a great 90 minutes, although I think they could improve the experience by holding it in a ballroom downstairs with tables and chairs!

After our reception we hung out for a little while with Michele and Chris Gore, too. Treklet was starting to feel poorly, so we headed back to the Hilton early, where she wanted nothing more than to sleep. Uh-oh...

Sunday morning she woke up feeling better, but it wasn't to last. We packed up, checked out and went to the Marriott. There were some scheduling changes, so we spent the first hour or so watching the most recent Christmas Special on the big screen. It was wonderful that way! At 11:00 we had to go to the voice auction to see if we could secure the items we previously bid on.   I was able to help her a bit financially with one item that she won, but everything else we had our eyes on got too pricey for us.

As the 2-hour auction event wore on, Treklet deteriorated. She felt hot to the touch and had a panicked look on her face. She just wanted OUT. I paid for her piece and we headed straight to the car. I found an Advil in the luggage and took her straight home. She's been sick with the flu ever since. I just hope she didn't infect any of our friends that we hung out with---or me, who slept next to her!