Monday Jan 7, 2013
This morning we had a delicious breakfast of freshly baked bread, fruit, homemade yogurt and granola. The more I looked around, the more I fell in love with this farmhouse and garden. The bathroom and guest rooms look like something out of a magazine. I had a free hour or so and busied myself taking artsy photos. 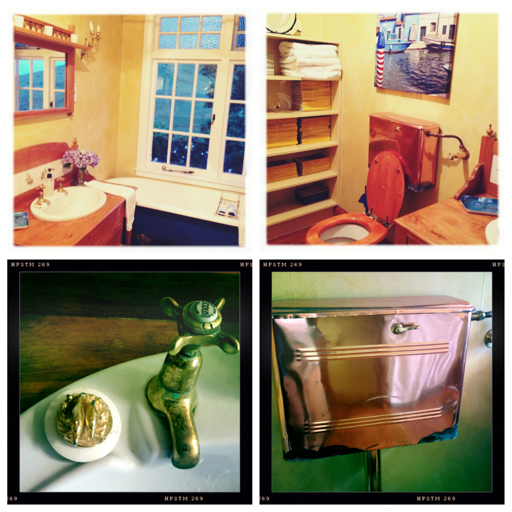 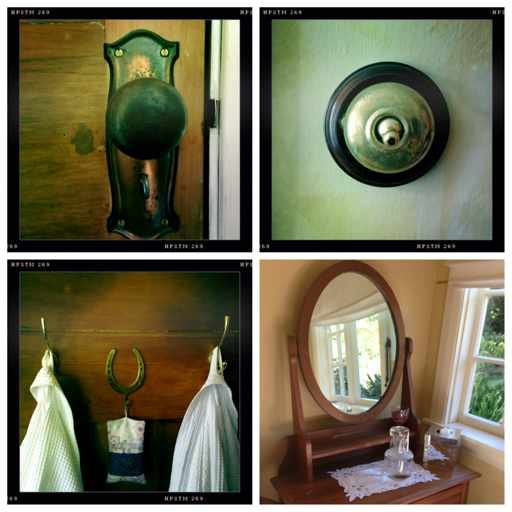 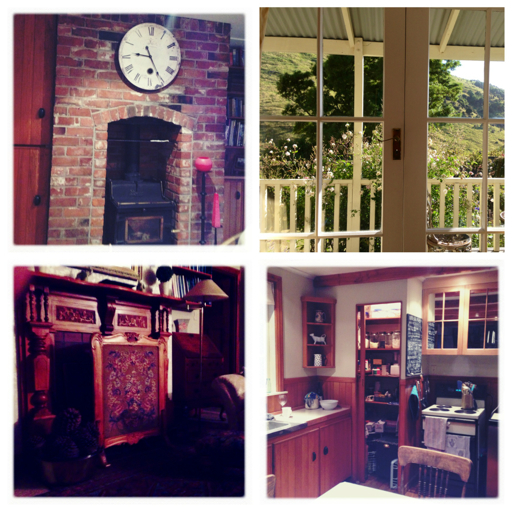 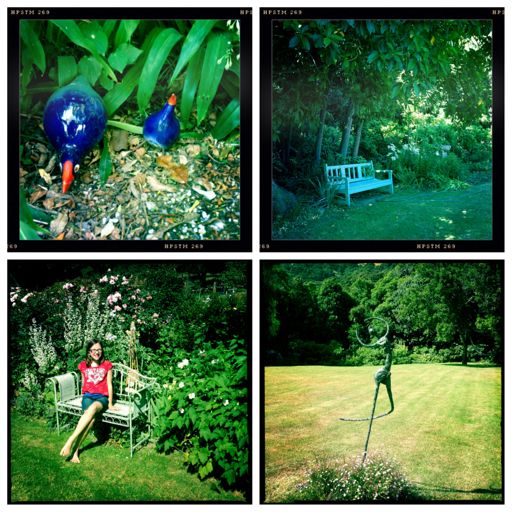 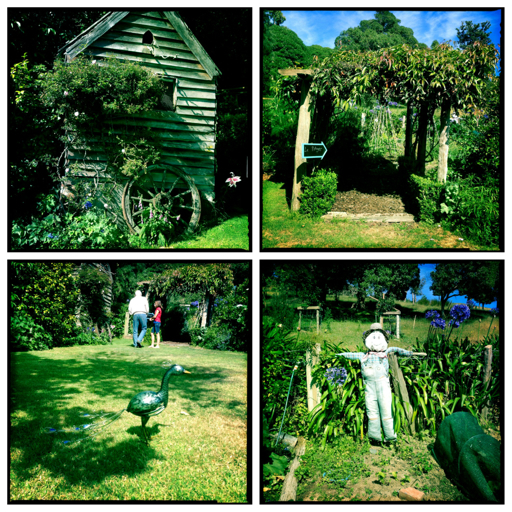 Soon the vans arrived with the tours from the cruise ship at Akaroa. We joined the farm tour at he woolshed. I found Murray's stories captivating. He told a bit of history of Akaroa, and the history of this farm, going back four generations in his family. Then he talked a bit about farming in NZ in general, and gave us all a chance to pose for pictures with one of his sheep before he demonstrated shearing on it. Then we adjourned outside for a demonstration of sheep herding by his dogs. 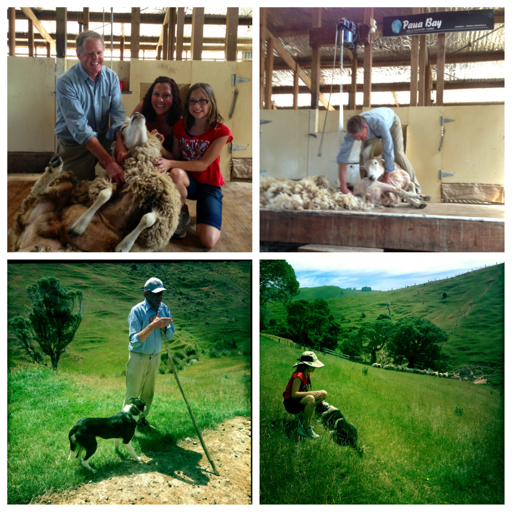 
Next we were off to Akaroa for an afternoon on a boat. We had lunch outside, and it was sunny and hot. I wondered if we had enough sunscreen on. After we ate, we walked to the harbor, and suddenly the sky was becoming gray and a cold wind was whipping the bay into a froth. Great...
Our two-hour catamaran ride was a bit rocky, and standing on the outside deck was very cold. Thankfully, we all had seasick medicine! We were rewarded with a couple of dozen Hector's Dolphins bow riding, and several Southern Fur Seals in the sea caves. Hector's Dolphins are the smallest dolphin species, and they are quite speedy, too. We also saw a few species of cormorants nesting on the cliffs, and lots of gulls and terns. We sailed past the salmon farm, and past a large cruise ship. By the time we returned to the harbour it was raining and the cafe and shops were closed. 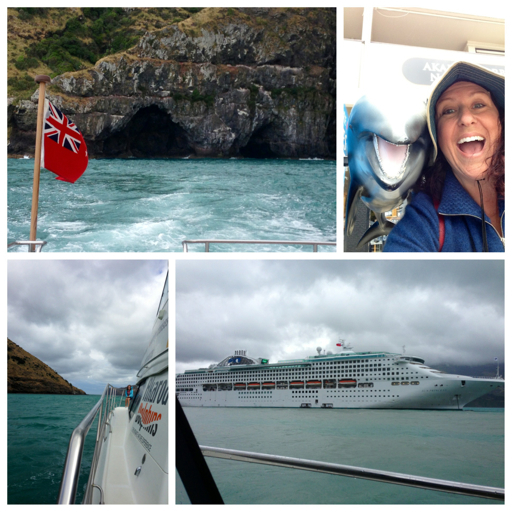 After searching the tiny town for a coffee and light entree, we ended up buying some cold cuts, bread and cheese at the little grocery market and eating in the car. Safely back at Paua Bay, The Alien crashed, Treklet played with some Legos, and I caught my blog up. Tomorrow we shall explore Christchurch.