On to Omaru...in Pursuit of Penguins

After a week of weather ranging from chilly and damp to downright soggy, we're moving on to the east coast of South Island. A check of the weather app before leaving Queenstown was discouraging. it's 7C and raining in Dunedin. Bah! Hopefully it clears up by time we get over there this afternoon.

While The Alien drives, I'm taking time to point out more things that are different or interesting in NZ. Ready?

~ we've eaten mostly at cafes, pubs & taverns because that's all there is in the tiny towns & settlements we've visited. You order at the bar or counter and pay up front and they bring your food to you. Water is self-serve from a bottle that you can bring to your table.
~ every little cafe, no matter how remote the location, has an espresso machine. Coffee menu: short black, long white, macchiato, cappuccino.
~ cash registers are referred to as tills
~ "Big Breakfasts" are popular, and available through lunchtime. Generally, they consist of eggs, middle or streaky bacon, sausages, potatoes, toast, and grilled tomatoes. They may also include beans and/or spaghetti. Yes, I said spaghetti.
~ "toasted sandwiches" are available at just about any cafe. They are basically what we call panini, but inside there are many more ingredients than what we are used to. The one I had yesterday was roasted pork, bacon, celery and apple slices, red onion, and something they called cream cheese, but it wasn't good old Philly.
~ they call bell peppers capsicum
~ cheese rolls. A slice of white bread with a slice of white cheese on it, rolled up like a Ding Dong and warmed. Lol. I could have said jelly roll, but they're the size of a Ding Dong. Haha! I just like saying Ding Ding.
~ you know the little packets of flavoring that come in boxes of Mac & cheese or instant noodles? Those are called sachets.
~ potato chips are called crisps and they come in weird flavours, like baked ham, burger, and chicken.

~ sweaters are called jumpers
~ a trendy saying here is "sweet as" (although I haven't actually heard anyone say it)
~ camping is popular. There are small camper van rentals in abundance. Camping anywhere outside of a "holiday park" is called freedom camping. I've seen many signs that say "Freedom Camping restricted to self-contained vehicles"
~ while there are still more sheep than humans in NZ, many farmers, especially in North Island, have switched to dairy cattle because there is a large market for dairy product export, especially to Asia.
~ in the 1950s, when the Alien worked on a huge North Island Sheep Station,introduced red deer were hunted as pests that competed for pasture. Nowadays, red deer are farmed and venison is sold in grocery stores and on the menu in most places.
~ gas stations are few and far between in South Island! We've driven for hours without seeing one. Today we drove 103 miles (166 km) between towns with gas stations, and part of that time I had no phone service. Don't leave anyplace with a low fuel gauge.
~ i read in the newspaper that it's recently been voted to name a peak in the Southern Alps after J.R.R. Tolkien

As soon as we hit the coast in Palmerston, I noticed a turnoff for Shag Point seal and penguin viewing. We took the gravel road out to the reserve and YIPPEEE! We were rewarded with a pair of Yellow-eyed Penguins coming on to the beach from a swim!! We watched them preen a bit on the beach, then waddle and hop into the tall grass and flax where they nest. They are the world's rarest penguin, and I can't believe our luck finding them so easily on our first stop! This is the first time on the trip I regretted not having a real camera with me.
Also at Shag Point were several dozen fur seals, Black-backed and Red-billed Gulls, Spotted and Stewart Island Shags. Two lifers in one stop! ::Lifer Dance:: 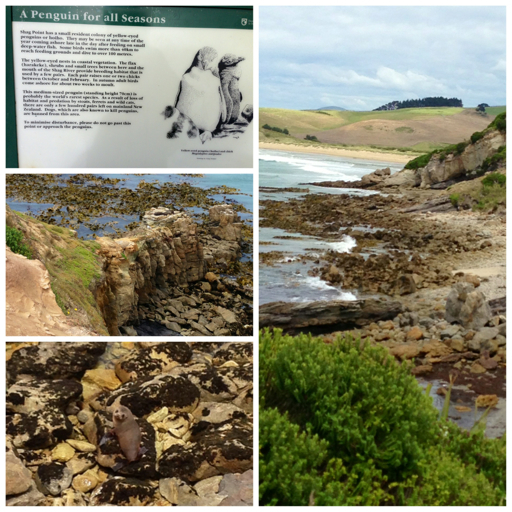 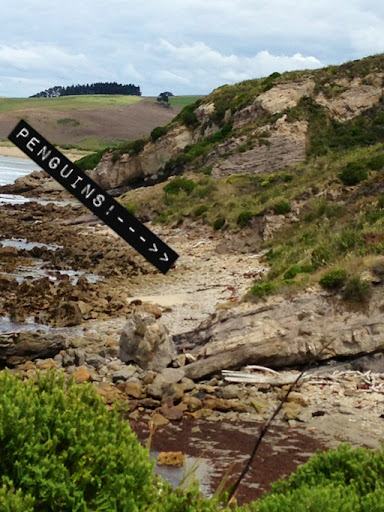 We stopped in Moeraki at a Tavern for lunch. I had hot tea and vegetable soup, because we got quite a chill on those windy coastal bluffs! Treklet got spaghetti, which was served on toast, and The Alien ate fish.
After we ate, Treklet enjoyed a billiards lesson from The Alien.
I took a few pics on the road from QT to the coast. 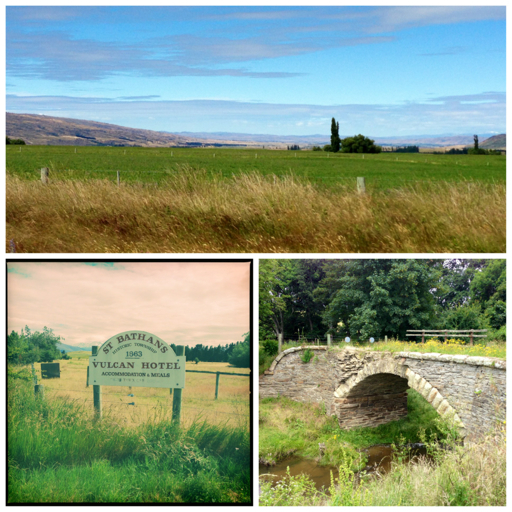 We are staying 2 nights at Glen Dendron Farmstay. It's off the beaten track, about 20 km south of Omaru, up a hill, and down a narrow one-lane gravel road. The view is lovely, the garden is spectacular, the room is comfy and the hosts are nice.

Queenstown to Oamaru and Penguins 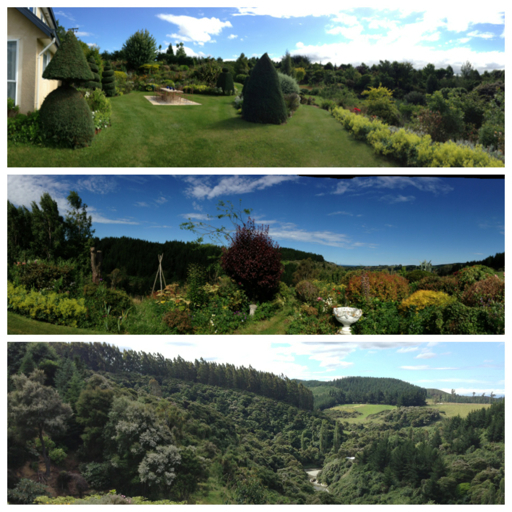 Posted by starfleetmom at 8:15 PM