I was one of the privileged 500 people who got to attend the Star Trek Beyond Fan Event at Paramount Studios last night.  It was a glorious evening full of fandom, surprises, and friends.
Here's how it went down:

We arrived at the Gower Gate just before 6 p.m. and lined up. We were given release forms to sign. Once in the gate, we were given snazzy wristbands and sent to the check-in table where we presented our ID and received our badges. 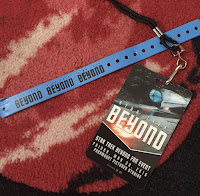 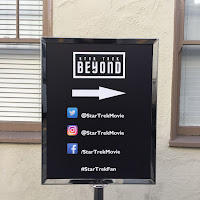 We stood outside of Stage 32 until it was time to let us in, but we did catch glimpses of Chris Pine and Justin Lin while waiting. It was a good time to scan the growing crowd for friends and get hugs. By the way, Stage 32 is where the Original Series was films from 1966-1969. 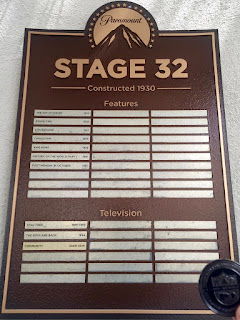 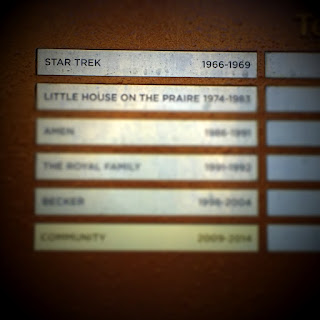 Finally the rollup door began to move upward and we saw the plaque for the Enterprise 1701. We then walked through an Enterprise corridor and arrived at the soundstage. It was arranged like a theater in the round, with a big delta shield design on the floor and three groovy white stools in front of a table with a few props on it. There were big screens with Star Trek Beyond displayed on them and the familiar soundtrack was being played. On each seat, there was a cone of Popcornopolis caramel corn. 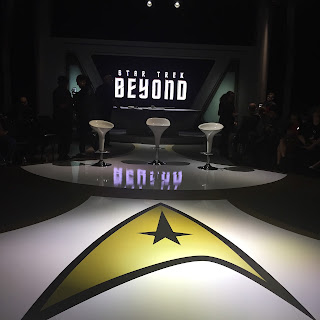 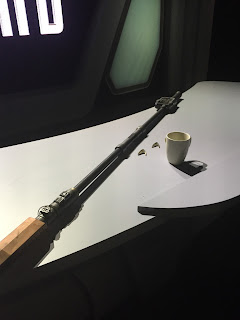 We waited and chatted for about half an hour before the host, Adam Savage, was introduced. He was so upbeat and seemed genuinely excited to be there. Adam introduced producer JJ Abrams who spoke a little bit and then they were joined by director Justin Lin. There was a Q & A with  some predetermined questions. Our first surprise was an image on the screen which we were told is a limited edition fan poster that we will all receive. Then the crowd erupted in cheers when JJ told us we were all getting credentialed to see the premiere screening at San Diego Comic Con. It will be an outdoor screening in IMAX 3D.

We were all surprised to hear JJ bring up the subject of the Axanar lawsuit. According to JJ Abrams: "“A few months back there was a fan movie and this lawsuit that happened between the studio and these fans, and Justin was sort of outraged by this as a longtime fan. We started talking about it and realized this wasn’t an appropriate way to deal with the fans. The fans of Star Trek are part of this world. We went to the studio and pushed them to stop this lawsuit. Within a few weeks, it’ll be announced that this lawsuit is going away.”

JJ and Lin left the stage and next the Star Trek Trinity were introduced: Kirk, Spock and Bones. Karl Urban shouted out to the cheering crowd, "Are you out of your Vulcan minds?!" There was more Q & A from Adam, Twitter and few audience members. There was a question from Huston Huddleston of the Hollywood Sci Fi Museum about the tone of the set without Leonard Nimoy, and Quinto responded that he missed him, but that he was in all of their hearts and his presence was felt on set and in the film to a great extent. Speaking of Nimoy, his family occupied the front and center row of the audience. At some point we were also shown behind the scenes footage from the making of Star Trek Beyond.

We were then ushered back outside to another stage area with bleachers. We were offered champagne or seltzer on our way to be seated. The bleachers filled up and about half of the audience were left standing to the side and behind the stage. Zachary Quinto then gave a short tribute about Leonard Nimoy and the street we were on was renamed Leonard Nimoy Way. The street sign was unveiled and we all raised our glasses in his honor. After some photos were taken of the celebrities in front of the bleachers we went back inside to a large screening room. 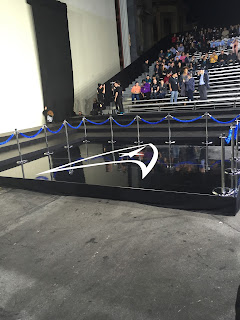 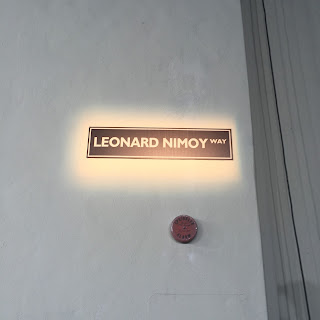 On the way inside, we had to stop by the Orion girls to get our phones locked inside of neoprene pouches. Once inside, we stood in front of a giant screen. Soon the trailer was played and the response was, by my observation, 100% positive. Security personnel used night vision glasses to ensure no one was recording. Then we were treated to an extended clip, about 10 minutes long by my estimation. We were told VFX wasn't complete, and the it was a bit raw, but I thought it was great! The scenes we were shown were much more "treklike" than anything I've seen from the last two films.

After the screening we got another surprise. A PARTY! Another wall was lifted away and we were treated to a DJ, waiters offering wine, beer and food, and props and costumes on display. Zachary Quinto and Chris Pine even posed for selfies with some lucky attendees.  We got custom made t-shirts, posed for pictures in the captain's chair and transporter. I had a blast visiting with my Trek Family, old and new! 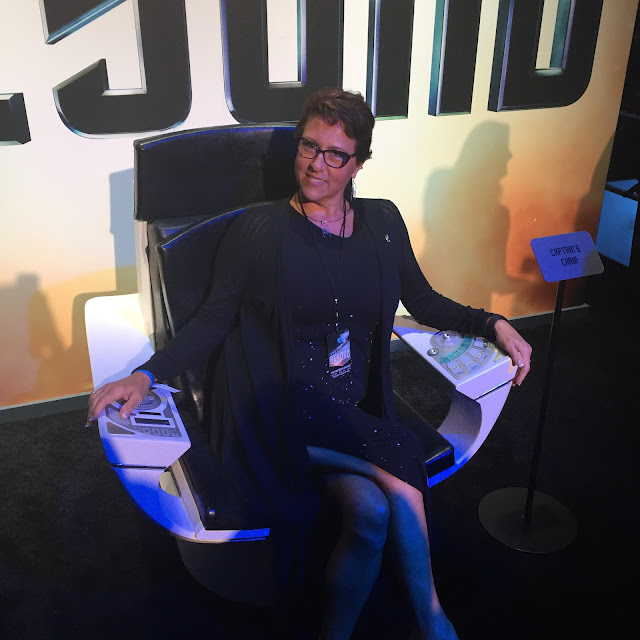 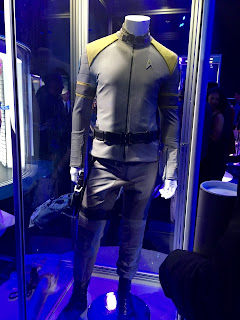 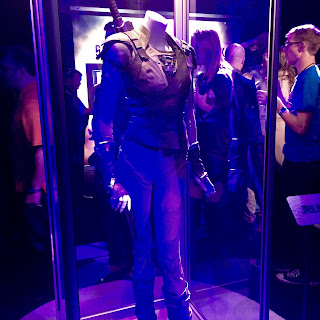 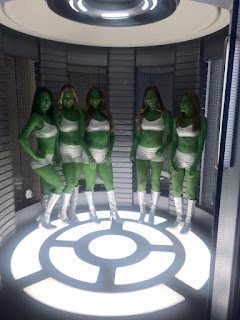 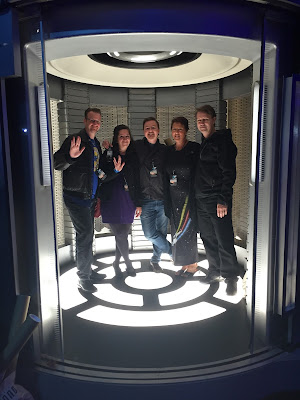 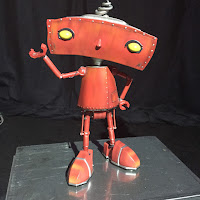 Posted by starfleetmom at 6:19 PM No comments: