We went into Oamaru for dinner. We went somewhere I'd never eat in America--McDonalds. They've got a few items on their menu that aren't available in The States. 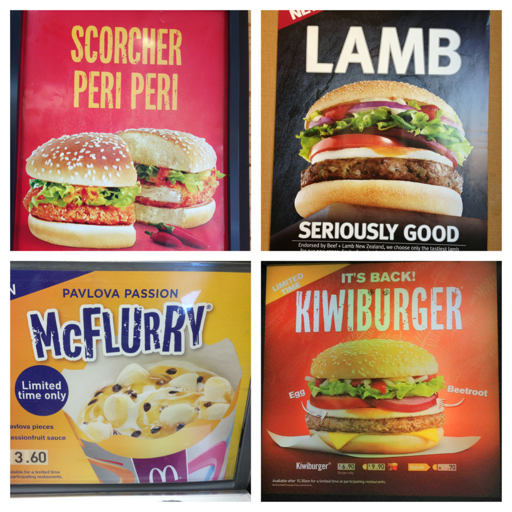 Oamaru is full of amazing old buildings and monuments. I want to go back there Saturday on our way to Christchurch to photograph them.
There is a large Blue Penguin colony in Oamaru. A visitor center is set up alongside an old quarry on the waterfront. For a fee you can sit in a covered viewing area set up adjacent to the rocky shore where the little darlings hobble up to their nests. There are little wooden homes built into tiny mounds and under trees where the cavity nesters spend the night. It looks like a little penguin Hobbiton! The tiny Shire is fenced in and protected from humans and four-footed predators.
There are several staff members to inform and enforce. No photography is allowed at all! Boo! I snuck a couple of very bad pics on my phone when the strict patrol wasn't looking. Soon after that tour busses began spilling their patrons into the marquee.
Blue Penguins are the smallest species of penguin, standing 30 cm tall (16 in) and weighing 1 kg (2.2 lb). They head into the sea before dawn and spend all day fishing on their own for sprat up to 50 km from shore. They return at dusk in groups called rafts, cool down by releasing the warm air from beneath their feathers, then head to their burrows for the night. Burrows are shared with a mate, and when there are eggs the pair take turns incubating while the other fishes. Chicks stay in the burrows alone for three weeks while the parents fish all day. When the parents return they feed the young by regurgitation. These birds have strong pair bonds and remain very faithful to their nest sites. When food is plentiful they may raise two pairs of chicks in a season, which is unique among penguin species.
This particular colony has about 500 birds and over 250 nest boxes. Since protections have been put in place the population has increased 10% per year. Chicks are banded and returning penguins are counted for an hour each night. 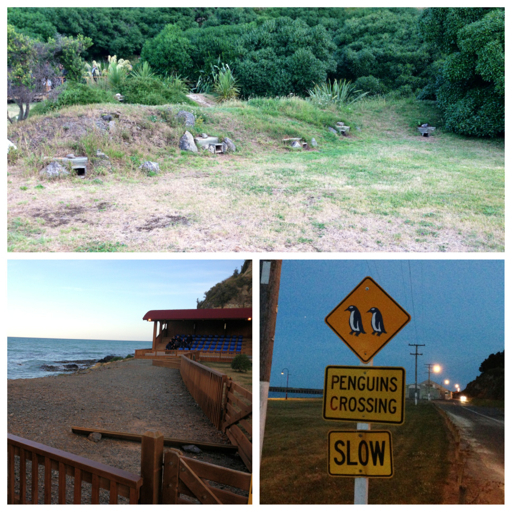 Posted by starfleetmom at 2:54 AM