This is our last full day in Aotearoa. We have left the beautiful farm at Paua Bay for Christchurch. I left my seasick patch on from yesterday, and put a meclazine tablet inside the kid in anticipation of the sharply curving road away from the Banks Peninsula.
While The Alien drives I will pass the time between incredible vistas by sharing some more interesting observations about NZ.

+ the emergency telephone number is 111 here, not 911
+ they call stands stalls here, for example: fruit stalls, not fruit stands.
+ I saw machines in the ladies' bathrooms here selling 'sanitary towels' instead of 'sanitary napkins'. Maybe they flow heavier down here @_@
+ every little town or settlement has at least one war memorial, usually from WWI. If there are more than one, they are for the Baal War and WWII. they almost alway say 'Our Glorious Dead' on them. The names of the fallen soldiers are listed, and the dates of the war, not the name of it, are also engraved on the memorials.
+ most every town we've passed through has a Salvation Army Store on the main drag.
+ Speights appears to be to NZ what Pabst is to Wisconsin. Every pub and tavern, even in the remotest areas, has a Speights sign out front, and several Speights advertising posters displayed inside. A noable difference between Speights and Pabst/Bud/Miller is that it is actually good beer. Technically, it's a light ale.
+ Dominion Bitter might be my new favorite brew. I hope BevMo or World Market imports it!
+ While Kiwis are generally friendly and offer hospitality, they give crappy and overly complicated driving directions.
+ Marlborough and Hawkes Bay generally grow white wine grapes, but Central Otago is 80% Pinot Noir.
+ there are some road signs that are different than ours. Instead of "passing lanes" on hilly roads they have "slow vehicle bays" A white circle with a black diagonal line in it is an "Open Road" sign, meaning the speed limit is 100 kph. There are pedestrian crossings marked with white stripes on the road and black & white poles on the sides. A blue circle with a red outline & red X in it means no parking. And my favorite sign is the Exclamation Point. It's usually got another sign with it to explain what the caution is for. 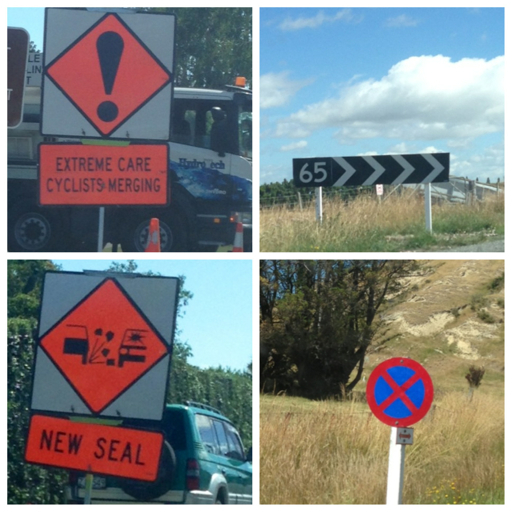 We realized, once we hit the main road to Christchurch, that the long and winding road we took to Paua Bay could have been avoided. We took the long, tourist drive but there was a more direct route! Fail.
In Christchurch, the weather was perfect! After a light lunch at the Boathouse Cafe we went punting on the Avon River. It was only 30 minutes, but so relaxing. After the boat ride, Treklet & rented kayaks and went there and back again on the Avon.
me in a kayak 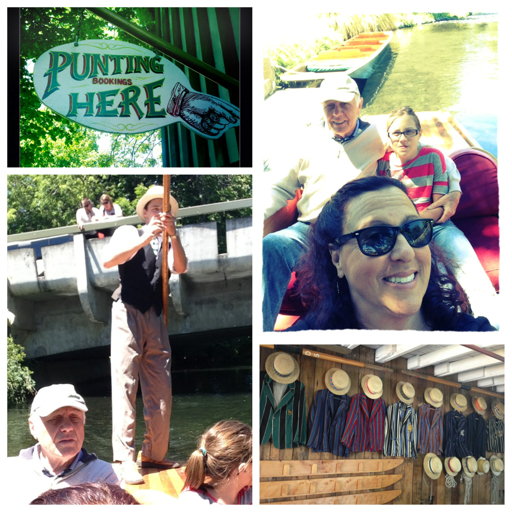 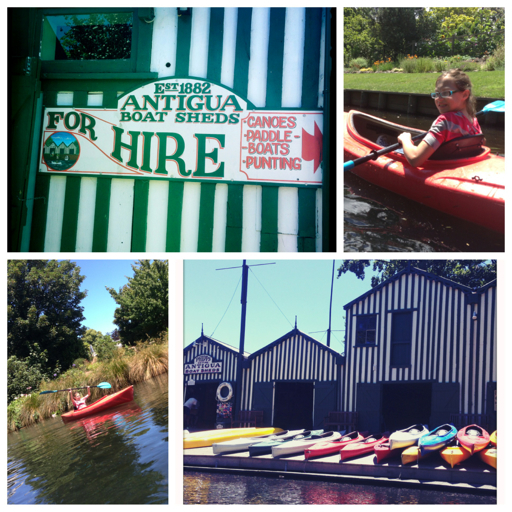 We booked in to a motel that is close to the airport, and the International Antarctic Center, which we plan to visit tomorrow. They have screaming fast wifi! (For a price) they advertised a heated pool, but it felt like the Southern Ocean to us, so we merely sunbathed for an hour before dinner.
Speaking of dinner, this may be the best one we've had since Christmas!  Also, I must brag that I drank a delightful porter called Wobbly Boot.