please vote for my picture

I entered a photo in the Big Hipstamatic Show contest, Heart of Iron. The theme is "Because love isn't always pretty." 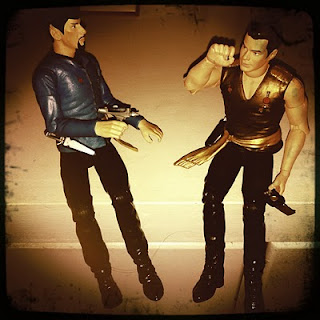 Posted by starfleetmom at 10:13 PM No comments:

Oh, wow, a double-post! This is also on my other blog: Getting Buy On Less

I don't just like saving money, I like saving time, too!
I take a lot of pictures with my iPhone. I like to share them on Twitter, Facebook, my blogs and my digital scrapbooks. I found a way to get those pics off my phone and into my laptop and my PC without a USB cord, thumb drive or disc!

I downloaded a FREE program called Dropbox. There is also a Dropbox app for my iPhone.  Basically, from my phone I just open the app, click "photo" and choose a picture to "drop" in the "box." Later, using either one of my computers, I just click on the Dropbox icon and a folder opens that contains everything in my box.

I can share files between computers very easily! I can even drag a file from the box to my Twitter client or Picasa on the web!

I have found other uses as well. I keep many recipes in my computer. I sometimes find a good one in a magazine, and after trying it out on the family I type it into my laptop. I used to have to copy the document to a thumb drive and carry it upstairs to my PC and copy it to my recipe folder there, but now I just drop it in my box and voila! I have all of my hundreds of recipes on both computers! I can start writing a blog post offline, and continue it on my other computer later.

There are zillions of uses for this FREE program that I can think of, and I'm not even in the business world! You can even share files with other people using Dropbox. Just click the link to get your own Dropbox.

I just have one question: Why didn't anybody tell me about Dropbox before?! :-D
Posted by starfleetmom at 9:53 AM No comments: 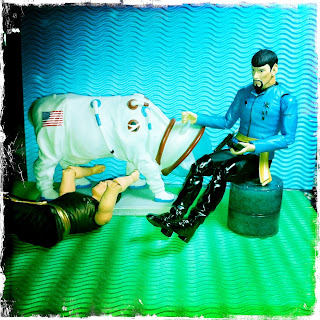 So my whole family is sick, my best friend is out with her family, and my tweeps are AWOL. What do I do for amusement?
Muahaha! I made a storyboard with my Hipstamatic App for iPhone! Look here: Space Cow Episode
Just click the first pic to read the captions. Right arrow to advance.
Posted by starfleetmom at 8:37 PM No comments:

How I Found Out My BFF Is a Nerd

It was February 2005. We were at a Women of Faith convention with a bunch of gals from our church. We stayed an extra day and the two of us went out exploring. We went to the Harley Davidson Café, ate delicious BBQ and had a couple of cocktails, which made the endless loop of motorcycles circling on a dry-cleaners-like conveyor overhead seem almost cool. I figured now that she had her Harley fix, it was my turn to check out the Star Trek Experience at the Hilton that I had heard about, so we hopped on the monorail, headed for adventure.
When we exited the monorail, the path into the hotel led straight to the Space Quest Bar. This was my kind of decor! There were giant screens playing sci-fi movies above the space station themed casino, and even a neon-wrapped tube reminiscent of a warp core. We used the ladies room, where computer voices could be heard in the stalls and at the mirrors. Just outside the entrance to The Experience, the Borg Queen looked down upon us.
Once inside we marveled at the huge ships suspended from the ceiling. We made our way along the illuminated timeline in the History of the Future Museum, beginning with the early 20th century, right on through the 25th.
We read every single word on that timeline. By the time we reached halfway I started crying. She asked me what was wrong and my answer was, “I can’t believe you are reading every word of this with me! Chicks don’t like this stuff!” Adjacent to the timeline were glass cases with costumes and props, each displayed as if they were historical artifacts. I was in Nerdvana. As we neared the torpedo casing that Spock was “buried” in, we spied a Borg scanning it. We got really and truly scared! (we had never seen Voyager before, and therefore the Borg were still the scariest things in the Universe to us) We even got scolded by a cast member for running when we skeeedaddled away from it. We protested, "But there's a Borg over there!!" Just then an old man ran past us fleeing from the same Borg. "See?!"
I don't remember which attraction we went to first, but I do remember this: While waiting in the queue for the Borg Invasion the woman next to Melissa pointed to the Borg figures on display (I swear they were really watching us!) and commented that she didn't understand any of it. She was there with her husband who loved Star Trek. Missy's reply to that was a full encyclopedic explanation of Borgdom! She gave this woman the entire synopsis of who, what, where and how the Borg fit into the Star Trek Universe. In the middle of all that I just burst out in laughter. Missy turned to ask me what I found so hysterical, and I answered, "You're a nerd!"  She agreed, "I guess you're right. We're both nerds!"

I think it was one of the happiest days in my life.

We really got into the spirit of the attraction--perhaps a little too much, because one of the crew members ordered us shot. Haha..perhaps it was because I was yelling at them to just shoot the Borg! "What's the matter with you? Are your batteries dead?" I screamed at one crewman just as I threw an innocent bystander in front of me. We had the time of our lives, discovered something special about each other, and began a new chapter of our lives as Trekkies.

Just one year later I talked her into going to our first Star Trek Convention. It was The Big One in Las Vegas, in the 40th anniversary year of the Original Series. That's another blog post....
Posted by starfleetmom at 12:39 PM 2 comments:

My Frugal Blog has moved!

I've separated my frugal shopping blog from this site. Please follow this link for tips and reports from my shopping adventures: http://gettingbuyonless.blogspot.com/
Posted by starfleetmom at 12:01 PM No comments: 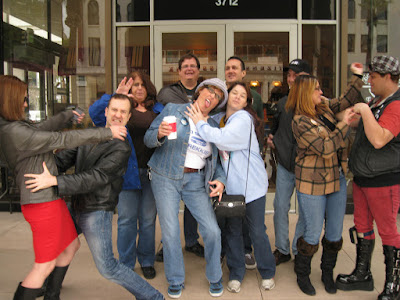 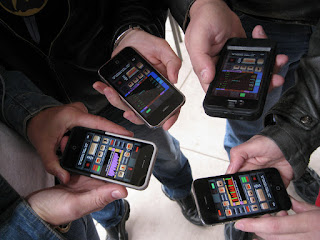 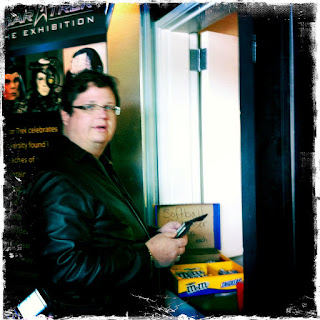 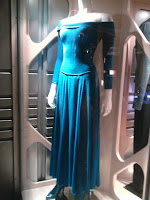 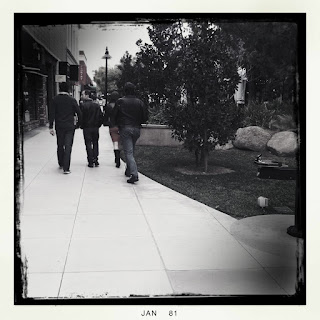 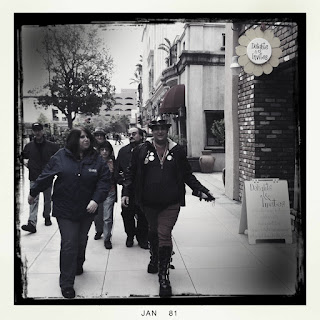 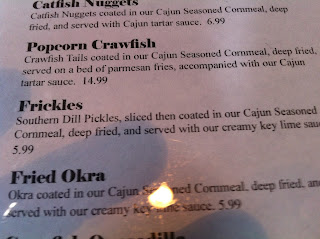 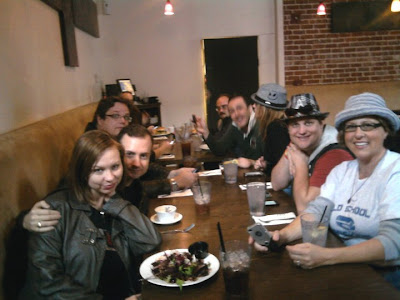 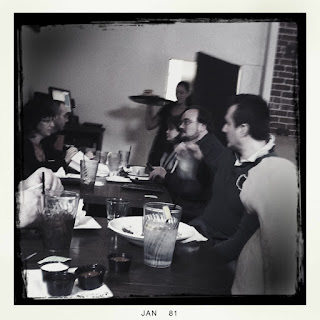 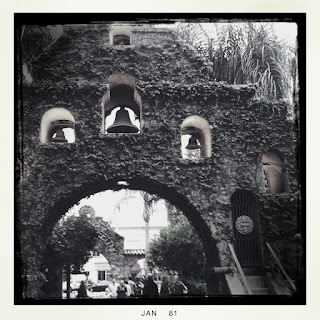 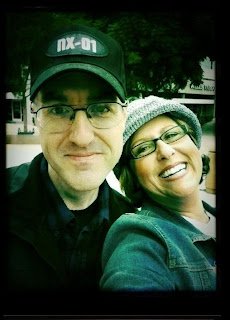 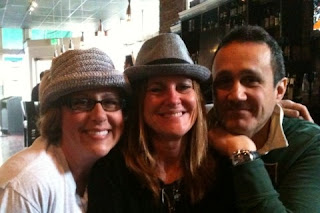 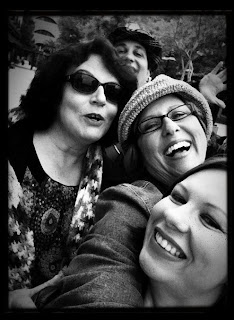 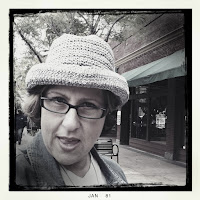 Follow me on Twitter if you like Star Trek,  Sci Fi, movies, birds, John Wayne, bacon, pickles or laughing! @starfleetmom
Posted by starfleetmom at 11:53 AM 2 comments: