Get a Piece of the Action!

Have you checked out Star Trek Continues yet?

So far, there are three episodes and three short vignettes available to view for free. I suggest you watch them ASAP because your life is not complete until you do.

This isn't just any fan made Star Trek project. This IS Star Trek. It's all done by professionals--from the writing, to the acting and everything in-between. The sets are perfect replicas of the Original Series. There has been meticulous attention to detail on the lighting, the makeup, and the costumes. Our beloved characters have stayed true to their original inception and new crew members have strong, positive attributes.

What really makes this series stand out is the writing. The essence of Star Trek shines through in all three episodes thus far. One of the main reasons that most Trekkies love Star Trek is it's ability to shine light on the human condition and socio-political issues, while providing hope for our future. There is no post-apocalyptic despair in Star Trek, only a positive vision of a future where equality, exploration, and peace are the ideals that drive the Human Race.

I have had the honor and pleasure of spending time with some of the actors, directors and writers of Star Trek Continues. Each is passionate about the project, and determined to produce the best Star Trek possible. They have given of their time and their talents for no profit, as they must, because they are not officially licensed by CBS, who owns the television rights to the franchise. On the plus side of this situation, they are not beholden to any corporate overseers or advertisers and are free to adhere to their own convictions about what Star Trek is.

I am happy to announce that filming of Episode 4 has begun. Classic Doctor Who fans will be thrilled with the casting of Colin Baker (the 6th Doctor) in this episode. I can't wait to see it! Here is a pic that Colin posted to Twitter a few days ago: 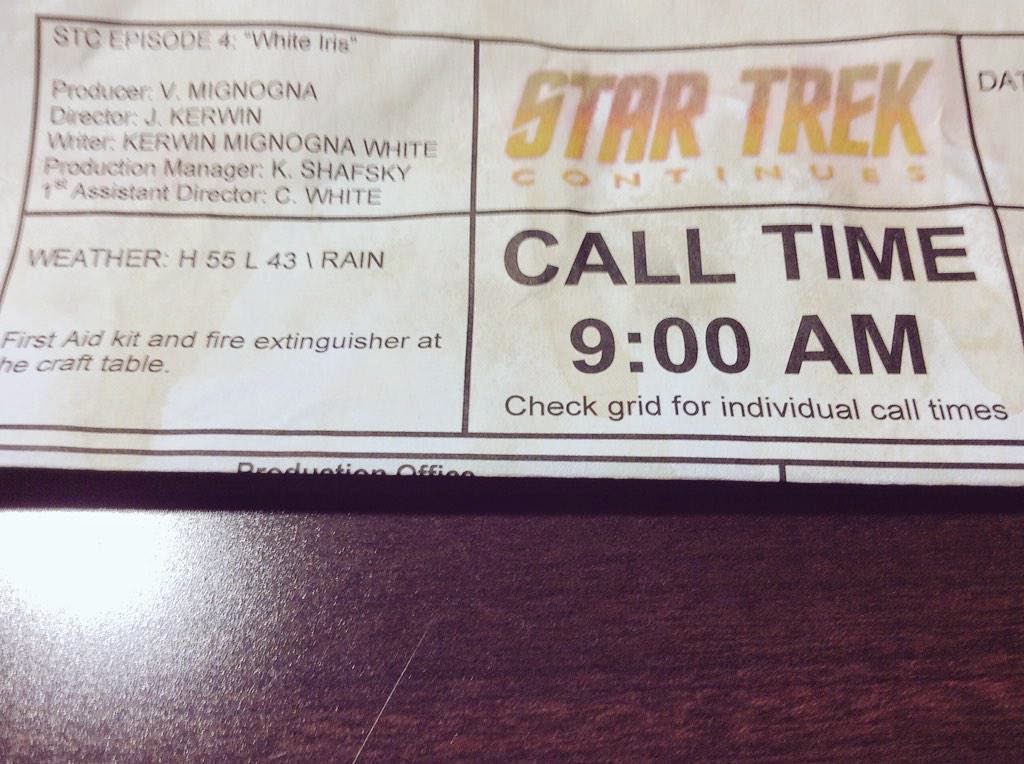 It is quite expensive to produce a show of this high quality. At first, STC was almost completely and lovingly funded by Producer/Writer/Director/Actor Vic Mignogna (who is brilliant as Captain Kirk, btw) and his production company. A successful Kickstarter campaign (Kirkstarter 1.0) helped fund more.

Kirkstarter 2.0 has just launched, with the purpose of keeping the mission going.  True Trekkies are hungry for more! There is a great video on the Kirkstarter page with several film professionals singing STC's praises. Please check it out and donate if you can! Kickstarter 2.0 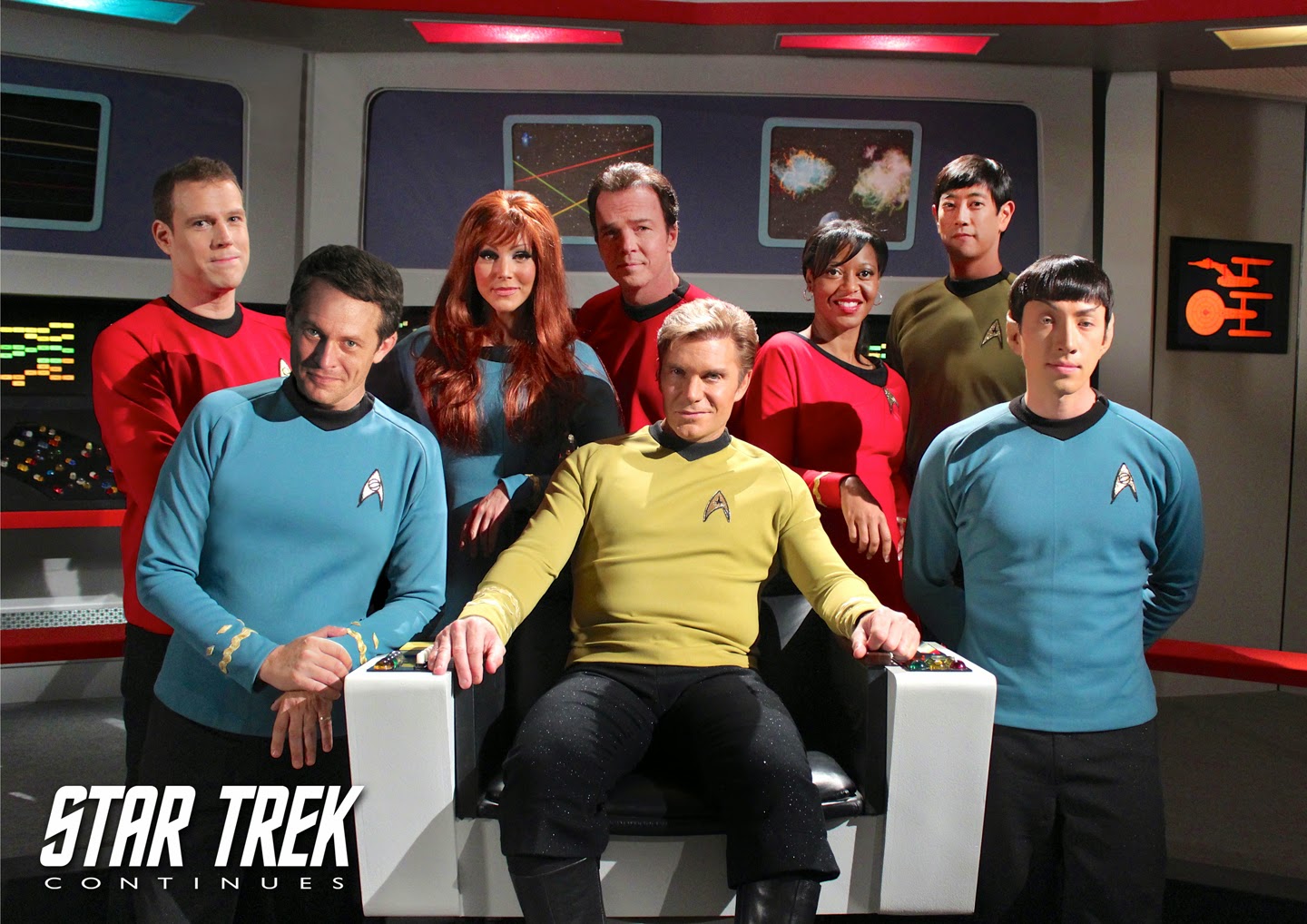 Posted by starfleetmom at 11:26 AM No comments: