You Can't Find a Date in Indio 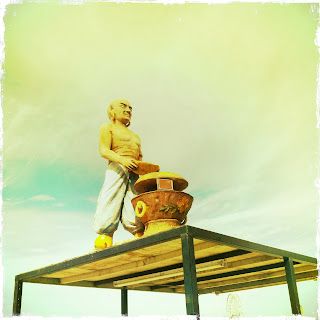 I used to love the National Date Festival in Indio, CA, but that was when it was a celebrations of the date harvest!

We were there Monday morning when the gates opened. I looked forward to a date shake and armloads of date products to take home. I anticipated entertaining ostrich and camel races.Treklet was excited about the unlimited ride wristbands I purchased online for her and her big sister. Who knows what was going on in Katie's mind? One thing was certain: things were not as we pictured them in our heads.

The first thing that happened was that the parking lot I am familiar with, and the main entrance, was unreachable. There was a parade on the main drag, and we were detoured. We entered through the back gate, near the midway, and there were few people in attendance. Evidently they were all at the parade, which we did not know about. Sweet! No lines for the rides! *Wrong*  Most of the rides that Treklet was wanting to go on could not be operated without a minimum number of riders, for balance. Disappointment and impatience stole my happy little girl.

We decided to go to the grandstand for the camel and ostrich races. I remember them being very entertaining in years gone by. We'd go back later to the midway. We gluttonously purchased a huge block of curly fries and found a seat, which wasn't difficult since the crowds were still at the parade. A lady rode the stars and stripes out onto the track on a lovely paint horse and we stood for the Star Spangled Banner. It went downhill from there. 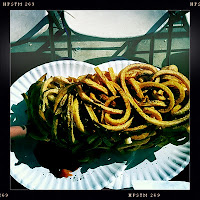 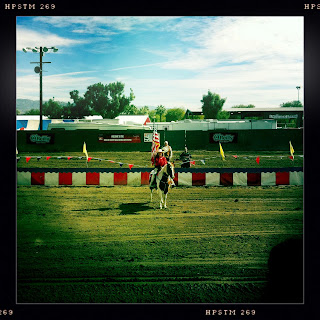 Maybe I'm getting soft in my old age. Maybe Treklet's sweet love on all things non-human enhanced my discomfort. Maybe what we witnessed was just plain wrong. I'm not sure. The ostrich race seemed cruel. A frightened and disoriented ostrich threw his rider, and spun around in circles for several minutes as wranglers chased and tried to subdue it.

They saved the worst for last. the track was quite muddy, as a major storm came through two nights before. Camel races were up next. I realize that camels have been domesticated and ridden for centuries. I'm OK with that, but this exhibition seemed to be played out by amateurs. They dressed up in turbans and robes and mounted the camels. One camel slipped soon after exiting the starting gate and headed toward the crowd. It dropped to its knees to avoid crashing into the wall that separated the track from the stands. The rider coaxed it up and urged it on. A couple of dozen yards further down the track this poor beast lost its footing in the mud again, its legs splaying every which way, the rider tumbling off of it. I gasped. I wondered if the beast was injured. It got up, and so did the rider. My video failed as a call came in on my iPhone. Too bad, as I would have loved to post it here. 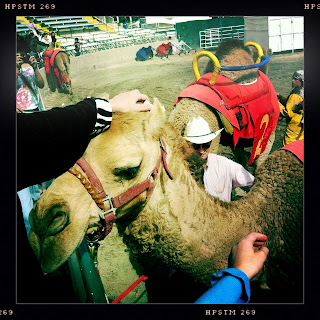 The camels were walked across the track to the wall where people were allowed to pet them. The one that fell was not in a good mood. It pulled away and the man lost his grip on the lead. Poor camel.

We suffered through 3 boys from the audience chasing emus around the track and 3 smaller boys chasing chickens. Finally it was over and I was mildly surprised at my own dismay. Did I once find this entertaining?

I let Treklet ride a camel, since the rest of our family had all done it before, but I told her if there were any elephants there I would never pay for that. I am adamantly opposed to elephants being transported around in the backs of semi trucks for circuses and fairs. I have boycotted "The Greatest Show On Earth" since katie was small when I saw a magnificent bull elephant chained to a post on the hard asphalt outside the venue, rocking back and forth and obviously distraught. Elephants don't belong in the backs of trucks, on concrete, or in shows. ::stepping off soapbox:: 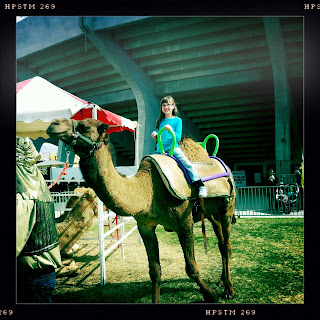 We next visited the petting zoo. There were some exotic, yet tame, creatures there, and thankfully all were in pens so that when they tired of little (and big) hands groping them they could back away and lay down. I was thrilled to be able to feed and pet a zebra colt. I wonder if they're going to strap a saddle on that sweet thing someday soon? 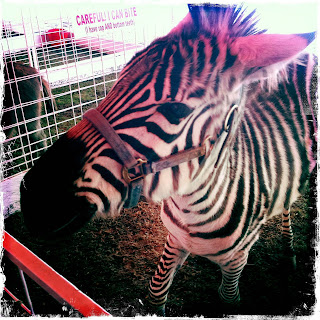 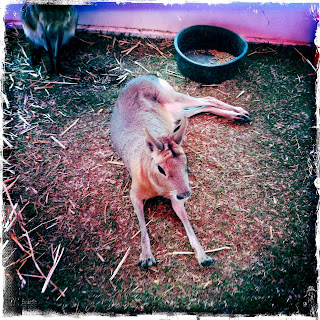 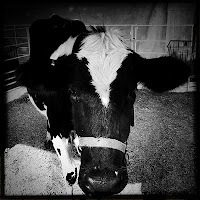 I sent the girls to the midway while I went looking for dates. I looked long and hard! I finally found ONE date vendor! This is the National Date Festival in the heart of the Coachella Valley, home to many date farms! Where dozens of date farm booths once stood, selling at least a dozen varieties of dates and assorted date products, were now dozens of Mexican vendors selling sombreros, ponchos, Mexican candy and leather goods. 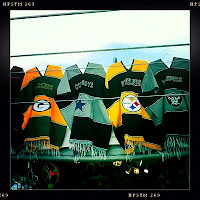 I bought a bag of Medjools and a bag of McGill Black dates after sampling, and a giftbox of walnut stuffed Medjools for my dogsitter. I ordered a date shake and went to join my girls. 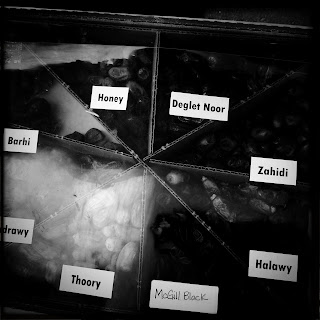 Along the way I caught a glimpse here and there of various shows and performances. I zipped through the vender hall and decided I'd seen it all before. then I spied the fat guy with the little capuchin monkey. The monkey had a collar around it's neck and wore a pocketed apron. The man directed the monkey, via a leash, to outstretched arms with dollar bills at the ends of them. The monkey took the dollars, one at a time, stuffed them in her pocket, shook the benefactor's hand, then moved on to the next dollar. I could only think to myself, "That fat guy is gonna take all the monkey's dollars."

When I caught up with the girls the lines for the rides were quite long. All those parade-watchers were now seeking thrills in the midway. Poor Treklet just couldn't win. After a few rides we took a lunch break and wandered through the Art and Photography exhibit and the Gem and Mineral Hall. We were too late to the Monster Truck show, and couldn't get in.

We eventually found our way back to the rides again. 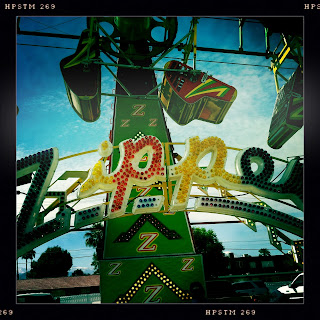 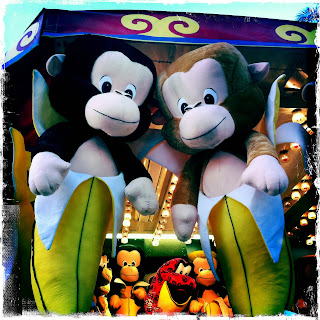 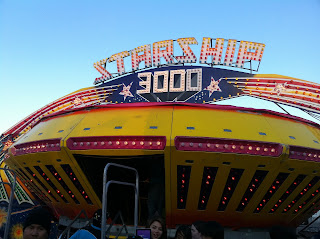 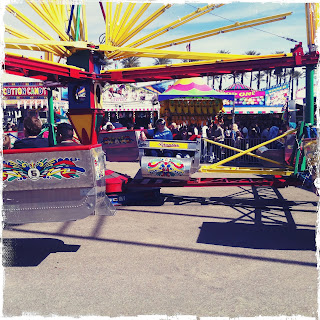 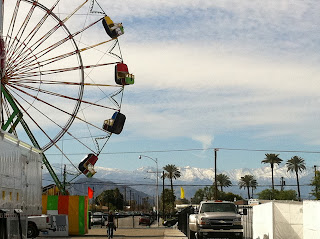 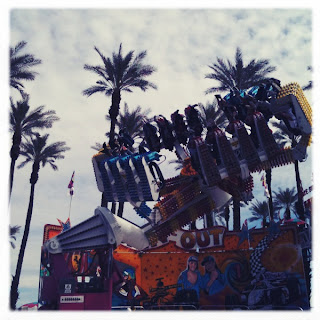 Posted by starfleetmom at 8:59 PM