PS I Love You

I'm in Palm Springs. I used to come here often, but it's been four years since my last visit!

My girls and I drove out early this morning. A big storm hit SoCal last night and it was a cold one! At our fuel stop in Beaumont it was 38 degrees. Brrr. I was amazed at how low the snowline was--right done to the lower reaches of the foothills. It was beautiful. Mt. San Gorgonio and Mt. San Jacinto were not only crowned with a full cap of white powder, but also dusted right down to their ankles.

Once we were through the pass the temperature rose a bit. The foothills to the east of the pass were brown and red and the snow on the eastern flank of Mt. San Jacinto was limited to elevations above about 5000 feet. The day ended up in the 60s with clear blue skies and the desert cities were lush with green palm trees lining the streets. 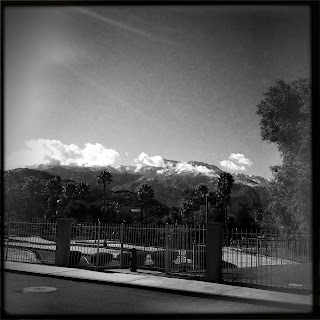 We had an awesome (and huge) breakfast at Elmers, a restaurant we never fail to visit when in PS. The first time I dined there was on my honeymoon, over 20 years ago! What made our visit there extra-special this time was sharing it with Clay and John who were here on a little vacation of their own from Seattle. Clay is one of my oldest and dearest Tweeps.

After a two-hour visit, filled with lively discussions about Star Trek and Harry  Potter we said our goodbyes. The guys went back to their rental home & the gals headed for Palm Desert. OOPS! I forgot to take pics! I called Clay & told Jim I was making a U-Turn and heading back!  A few snaps of the camera, a few more hugs, and we headed out again. 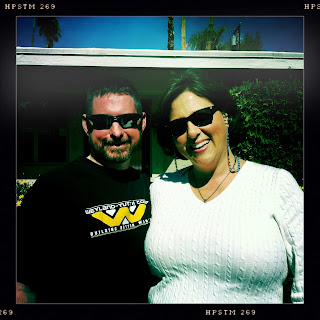 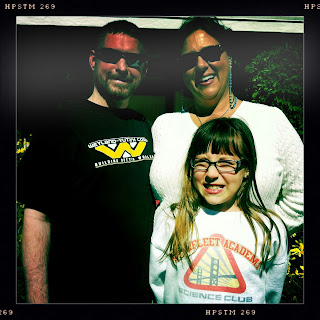 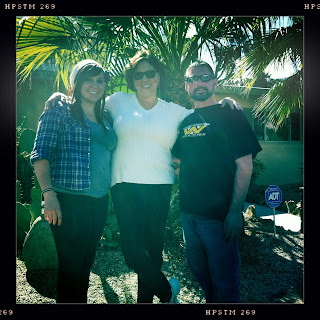 We only made it a few miles when the girls spotted Boomers amusement park. They opted for go karts and mini golf instead of The Living Desert zoo.

We spent almost five hours at Boomers. The girls had a blast and I even found a Galaga game to play. Squee! Katie spotted a sign with a text deal on it so we signed up and each got a text coupon for free popcorn. Way to work that Ferengi Rule #141! 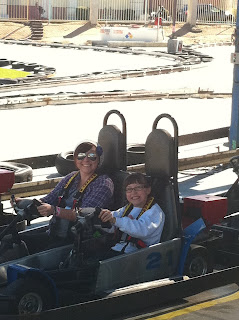 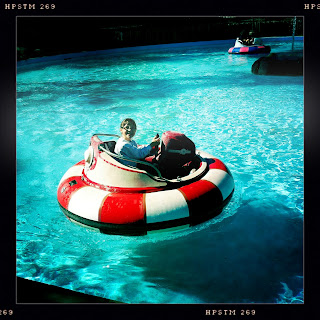 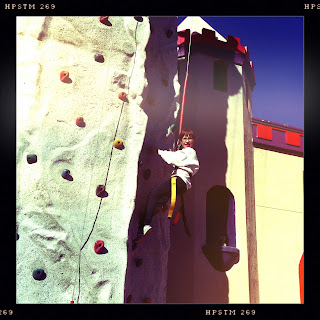 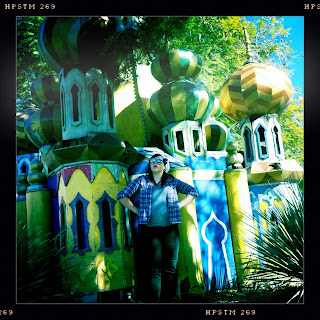 As the sun disappeared behind the towering mountain we checked into our motel. Katie says it ells like "old cat lady" but I think it's OK. We've got free WiFi, a hot shower, coffee maker & comfy beds. I'm satisfied.

Dinner at Ruby's Diner was the girls' choice, and very tasty. Now we're chillin' and looking forward to a fun day at the Date Festival tomorrow. I love this desert in winter!
Posted by starfleetmom at 7:17 PM