Wow! We woke up to a chilly 11C and fresh snow on the Remarkables peaks. Yes, this is summer in QT!

We left our flat at 8:15, headed back through the amazing Kawarau Gorge toward Two Paddocks Winery, following Jacqui's explicit directions.
...............l
While we're motoring, I thought I'd make a fun list of differences between US & NZ:
* It's hard to find "filter coffee" here. Espresso coffee is everywhere, though, and in homes most people use a French press.
* electrical outlets here all have on-off switches
* light switches go up for off & down for on. (Because we're upside down here?)
* toilets here have 2 flush buttons instead of handles. One for a light flush one for a "heavier load" -- if you catch my drift.
* dishwashers are drawers instead of racks that slide out. They're cool.
* I found it interesting that many people mount their clothes dryers on a wall upside-down above their washers to save space.
* they drive on the left side of the road, and driver's seat is on the right.
* they don't have screens on the windows
* the windows usually open out, and usually from the bottom, cantilever-style, instead of sliding up or to the side.
* measurement is all metric, which totally makes sense to me, except for temperature being in Celsius, which is less precise than Fahrenheit. Pounds, ounces, miles and feet are kinda dumb, IMO
* gas is sold by the litre and called Petrol
* wifi is is not as widely available as at home, and IF it's free, it's often limited to 30 minutes or 50MB
* When dining out:
fries are called chips and come with nearly everything.
Entrees are called mains and appetizers are called entrees.
They put just about anything in pies and have several more choices of pies than sandwiches for lunch.
They put fried eggs and beets on hamburgers.
They reuse bottles as water pitchers that you serve yourself from at the bars.
When salad comes with a meal it is served on the same plate, not as a first course.
Sausages are short and very fat.
.……………
We found our way to Two Paddocks easily, and quite early. Jacqui was a lovely hostess and took us for a walk to see the vineyards, orchards and critters. 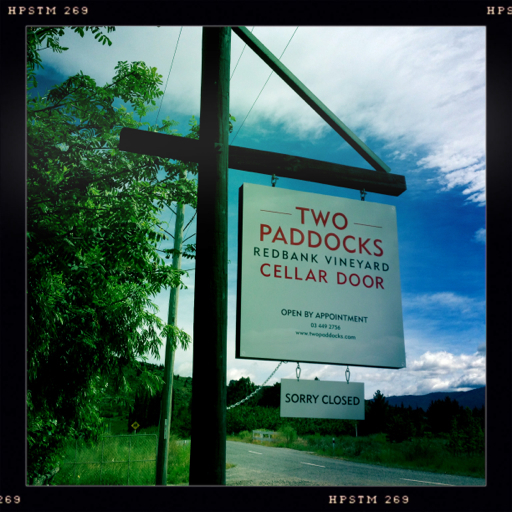 Treklet thought she was in for a boring morning at the winery, but soon discovered piggies, ducks, frogs and chickens! The views from the winery are spectacular. Central Otago is a bit like inland central California, with drier hillsides, wide plains, and loads of vineyards and orchards. The temperatures here get very cold in winter, though, and while Jacqui wore short sleeves and a skirt, I was chilly with a fleece jacket on in summer!

The property was once a government agricultural research facility, and there are old fruit trees on the property still producing. We tasted a few succulent apricots. There were also plum, olive and pear trees, and a fallow saffron patch. Loads of lavender is grown on the property, too, and unfortunately for me, they were sold out of their lavender oil. 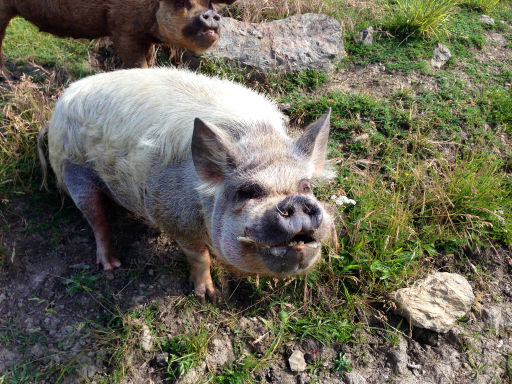 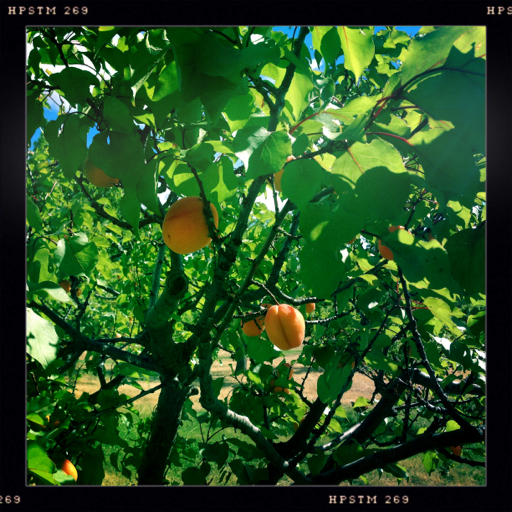 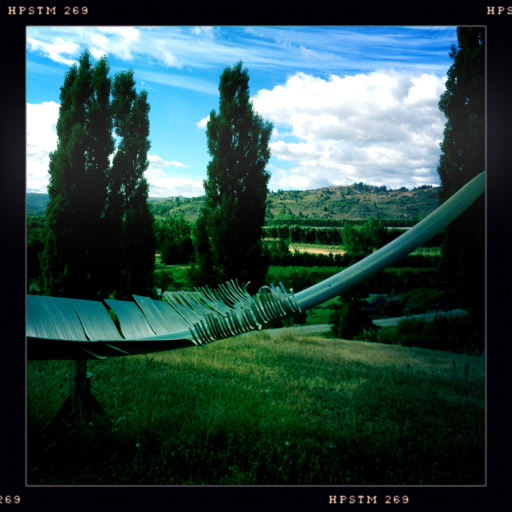 We headed back to the cellar after our stroll and Jacqui poured me a taste of each of three wines: Picnic Reisling, Picnic Pinot Noir and Two Paddocks Pinot Noir. They were all quite nice so I bought a mixed case and had them shipped home! We learned a bit about the viticulture of the area, and the differences between Marlborough and Central Otago grapes and their requirements. 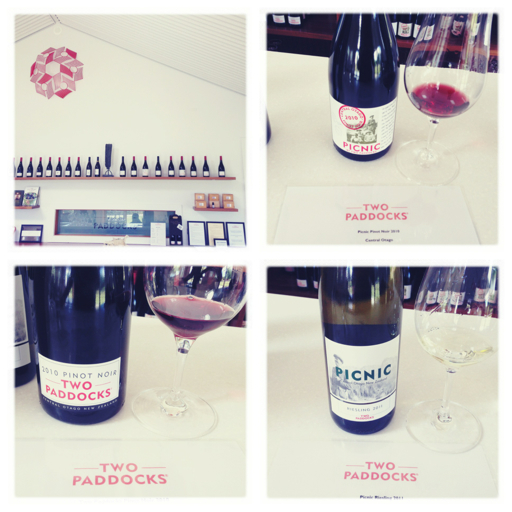 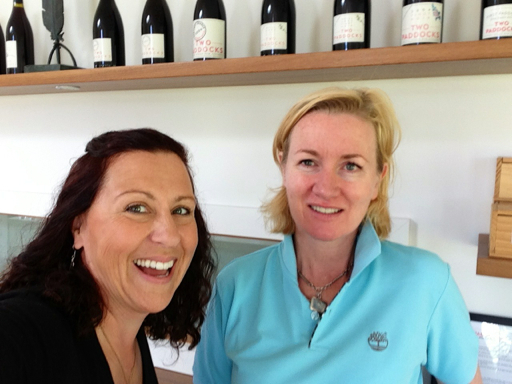 We took our obligatory photos and said our goodbyes and Happy New Years and were on our way. I was much happier for our adventure. 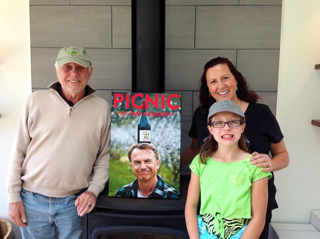 We lunched in the adorable little town of Clyde, at the old Post Office Cafe. We stopped at the Roaring Meg power plant overlook where we watched some rafters float by. Then I insisted on a stop in Gibbston at the Cheesery. I tasted about a dozen cheeses from cow, goat and sheep milk and got a cheeseboard for us to munch on. I purchased cheese and a cooler bag to take home! Silly, yes, but I felt the cheese was superior. 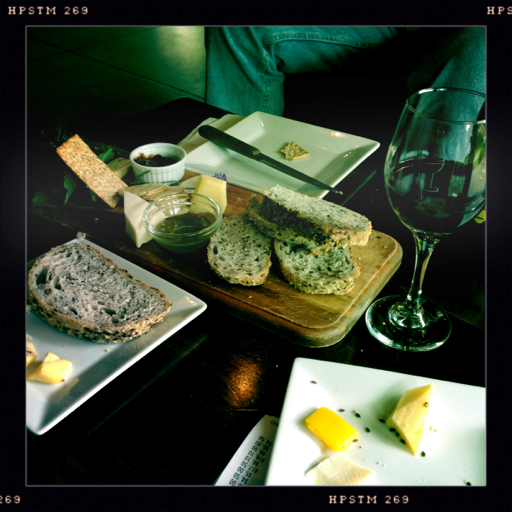 Finally, we stopped to watch the bungee jumpers at the Kawarau Bridge and Treklet begged and pleaded until the Alien finally gave in and bought her a turn. We had three hours until her booking, so we came back to the flat to rest a while. Stay tuned for bungee news....