Christmas morning started out pretty rough for Treklet. She woke up vomiting in Sam's bed shortly before midnight, and stomach pain & vomiting kept up through mid-morning, until Jeannette drove to the hospital where she works & got her a prescription antiemetic and some Pedialyte.

Santa came and filled stockings, and we all opened gifts before Boyd cooked a marvelous brunch, complete with a platter full of delicious New Zealand bacon. Poor Treklet just rested, not even feeling up to playing her new Nintendo games.

We went to André's & Louise's early in the afternoon. They have a lovely home, which he renovated himself. They have a large property with a spectacular view of Mt Taranaki, and are surrounded by pastoral open space, yet only a 10 minute drive to town.

Louise greeted us with appetizers and champagne on the veranda. Treklet was feeling better, and Ella introduced her to their bunnies, calves and bulls. After a tour of the house and property by André, the rest of the family arrived.

We had a fine Christmas dinner of roast turkey, stuffing, potatoes and kumera, peas, bread sauce, cranberry sauce, and plenty of Marlborough wine. The turkey wasn't the only thing roasted, as Taranaki was experienced a record heat wave, as a result of Cyclone Evan, which had been playing havoc with the weather since our arrival.

After we cleaned up the table, Louise filled it again with "puddings." There was chocolate cake, brandy-soaked plum pudding, mince pies, strawberries, whipped cream, and ice cream... And more wine.

After sufficiently stuffing ourselves, we cracked our poppers, put on our paper crowns, exchanged gifts, then headed back outside where Treklet let the chickens out and gathered their eggs while George chased Matt around with his new XPloder gun.

Boxing Day was wet. André and The Alien had plans to golf, but it was too rainy. After a couple of hours, it seemed to be clearing up, so André brought George and Ella over to Jeannette's then left with The Alien for the golf course. The kids had turns in the pool and on the video games and I decide to go for a run. I was gone about twenty minutes when the rain started pouring again, and I was drenched by the time I got back. It was actually quite nice. I heard the golfers only got six holes in.

After a light snack we loaded the five kids into the cars and headed back to André's. we made a short stop at the waterfront walkway just to snap a few photos along the way.

We had another fabulous meal of ham and turkey, cauliflower in cheese sauce, rice salad, bread, potatoes and corn, and more desserts and NZ wines. I'm obviously bringing home an expanded midsection as my souvenir!

The kids enjoyed table tennis and badminton, and the adults enjoyed good conversation about old memories, obscure movies, and agriculture. We went back to Jeannette's & packed up our suitcases for an early start in the morning. I stayed up to watch the Doctor Who Christmas Special, which is oddly broadcast on Boxing Day in NZ. I reckon the BBC doesn't want Kiwi spoilers.
Boxing Day Pics 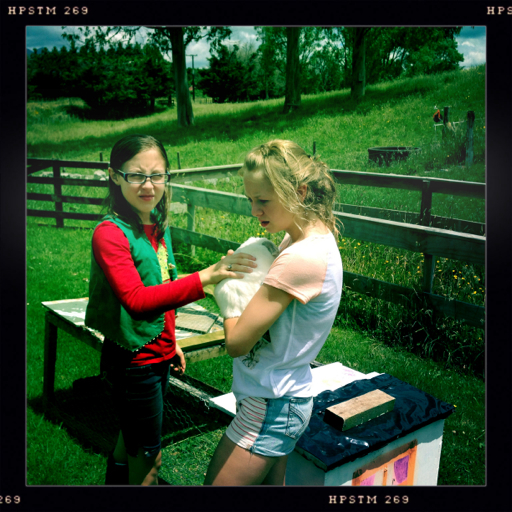 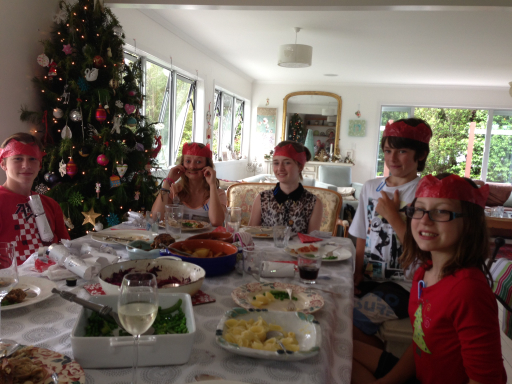 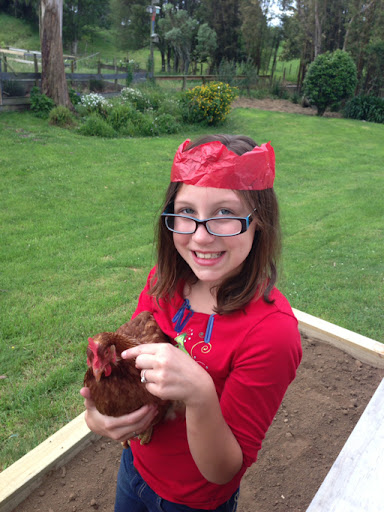 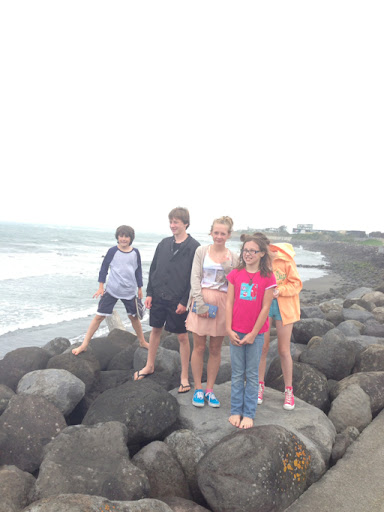 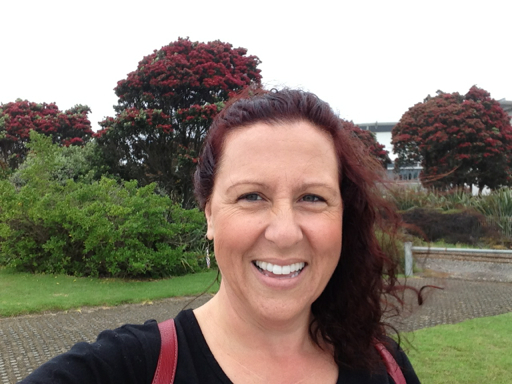 Posted by starfleetmom at 12:22 PM