After finally getting some wifi in Rotorua last night, and feeling financially discouraged, we went back to the farm. Treklet visited with our host, John, and dog, Becky, for a couple of hours while The Alien and I drank beer on the patio. We read the local paper, chatted and took in the incredible view. We ate snacks that we had packed and turned in early.

Breakfast was early, and I ate very little of the carb and sugar fest this time. We were packed, paid and on the road by 0740. Unfortunately, Treklet had some tummy trouble, and the long winding journey to New Plymouth didn't help.

About halfway there we stopped at a roadside berry farm, PioPio, named after an extinct NZ bird. I We got a small container each of jumbo strawberries and blueberries, and were again shocked at the prices (at least double what I pay at home in berry season), but I will say that those were the best strawberries I ever tasted!

Poor Treklet was feeling poorly the whole day. She shed lots of tears on the journey. We made a quick stop in New Plymouth at the bank, then went straight to Jeannette (The Alien's daughter ) and Boyd's house. Treklet felt a bit hot so we gave her some medicine and let her swim for a bit with Matt and Sam to cool down. She was fine and poorly off and on until bedtime.

We had visited once before, 12 years ago. We were quite impressed with the renovations and additions to house. We even got our own suite downstairs!

It was very, very humid and over 80 degrees, which made it quite sticky and uncomfortable. I totally packed all the wrong clothes. The weather predictions were completely off, and a cyclone to the north was to blame.

André (The Alien's son) and Louise came over in the early evening with their kids Ella and George. The kids all got along very well, played video and board games & swam whilst the adults drank and chatted. We watched storms roll in over the Tasman Sea, and enjoyed a fabulous dinner.

After some cleanup and my first taste of pavlova, we were all quite beat. Treklet bunked with Samantha, Santa filled her stocking, and we all turned in. 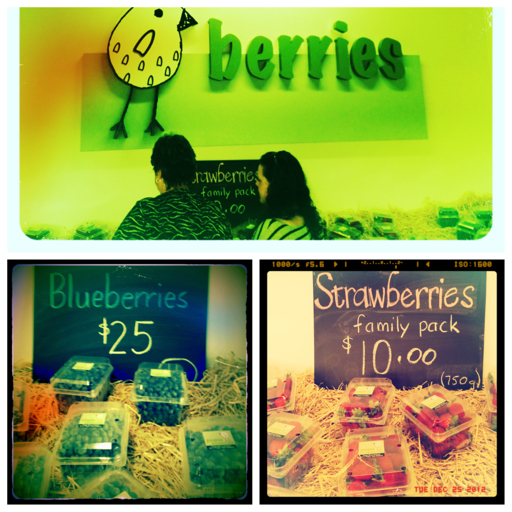 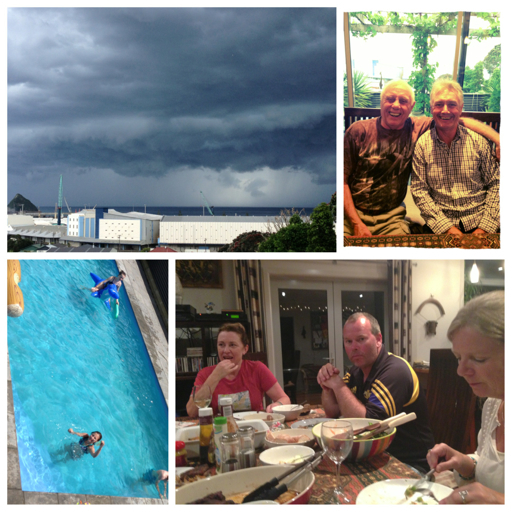 Posted by starfleetmom at 11:15 AM