Down the Southern West Coast

Confession: I don't really understand this Blogger app and I have no idea what these posts look like when I upload them. *-*

I wish I had better pictures of our travels, but there has been little time to stop. I have a non-phone camera with me, but my little thingamabob that transfers pics to my iPADD isn't working, and I gave up on the dueling cameras.

We had a cooked breakfast (yay for NZ Style bacon!) and I uploaded pics. We didn't start out until 10:00 a.m. But we're just going to take our time an see the sights on the way to Queenstown. It won't get dark until nearly 10:00 p.m. And we're staying in the same place for a whole week.

The drive from Reefton to Greymouth on the coast easy, except that we needed gas and there was none! We stopped at a cute filling station with tiny pumps in Ikamatua, but there was no attendant and the credit card reader kept freezing up. So we held our breath with the low fuel dummy light on all the way to Stillwater. It cost NZ$124 to fill up!

Last night we must have crossed at least a dozen one-lane bridges. Through the entire Tasman District and Buller Gorge I doubt we saw more than a dozen other cars! Today we did have to stop for a bridge, and now that we're on the Glacier Highway going down the coast there are other vehicles, but the scenery is not as spectacular--yet. I'm writing now about 150km north of Franz Joseph Glacier. Our plan is to stop in Franz Joseph for a couple hours to visit the wildlife center and glacier and have some lunch. It's a bit frustrating that there is so much to see and not enough time to see even a small fraction of it.
........……

We stopped in Ross, home to the largest gold nugget in New Zealand, and a famed $700,000,000 gold mine. I snapped pics around the Main Street while The Alien & Treklet had "morning tea." The Alien bought us each an uncarved polished greenstone pendant for an unbelievably cheap price (comparatively). Hokitika, a short distance north of Ross is said to have the finest greenstone (jade) in New Zealand. I bought myself a little leather kiwi embossed pouch for coins, and later noticed it was made in India. Fail. 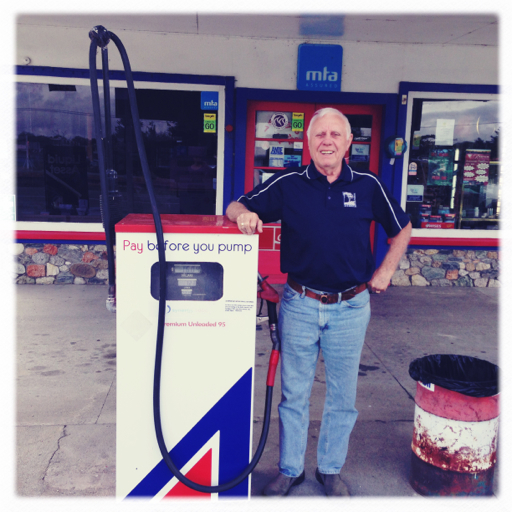 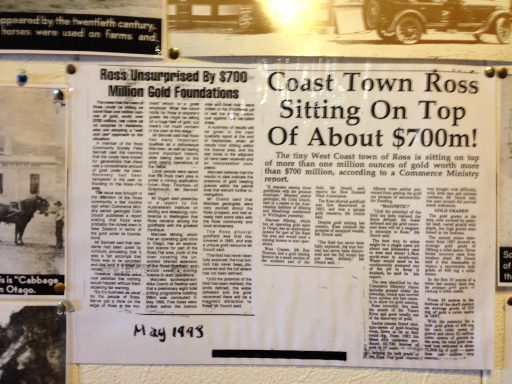 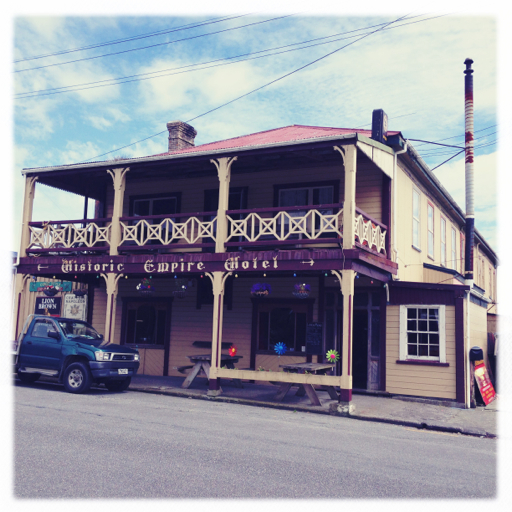 Stopped stretch our legs at Lake Ianthe. Treklet dipped her toes in the water and found a few tiny jade pebbles. We reached Franz Joseph at 2:30 pm. I think I may be figuring out this app. 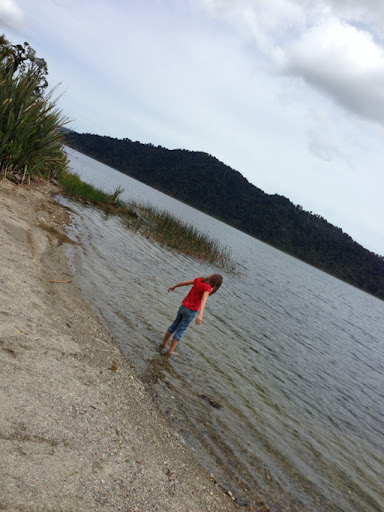 We visited a kiwi breeding center and saw 3 young kiwis. I teared up. Then we did the short (but steep) hike to the glacier view. It depressed me to see how much the glacier has shrunken in the last century.

Back on the road...we were all miserable at the thought of it. We finally arrived in Haast at about 6:00 pm and decided to get a motel for the night. We called the resort in Queenstown and left a message that we would check in a day late. It's going to be at least 3 hours more driving over Haast Pass and down to Queenstown!

In Haast we had a nice hot meal at The Hard Antler, browsed a gift shop, and did some birding. The local proprietors said that Keas roost in the macrocarpas nearby, but we failed to find any.

The Alien went to the Hard Antler to find a game of pool and have some beer, and I'm stuck here with no phone service and 50MB of complimentary wifi. Hopefully we see some Keas in the pass tomorrow and get to Queenstown in time to enjoy some activities there. 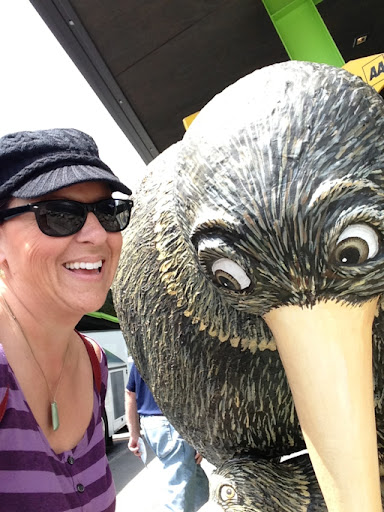 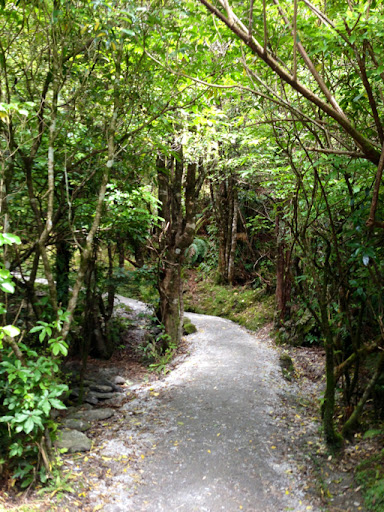 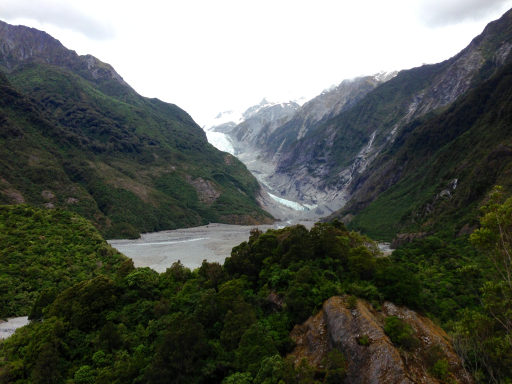 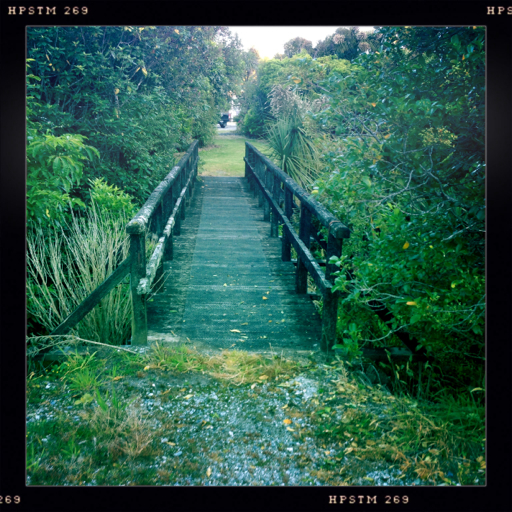 Posted by starfleetmom at 1:21 AM