A Great Day In LA

We are on a mini-vacation, just 100 miles north of home. Treklet and I are in Los Angeles for a few days, doing the tourist thing.

Our first day was tons of fun...and educational, too! After a mom-daughter workout and soak in the jacuzzi, we ventured on up the 5 Freeway to the Page Museum and La Brea Tar Pits. 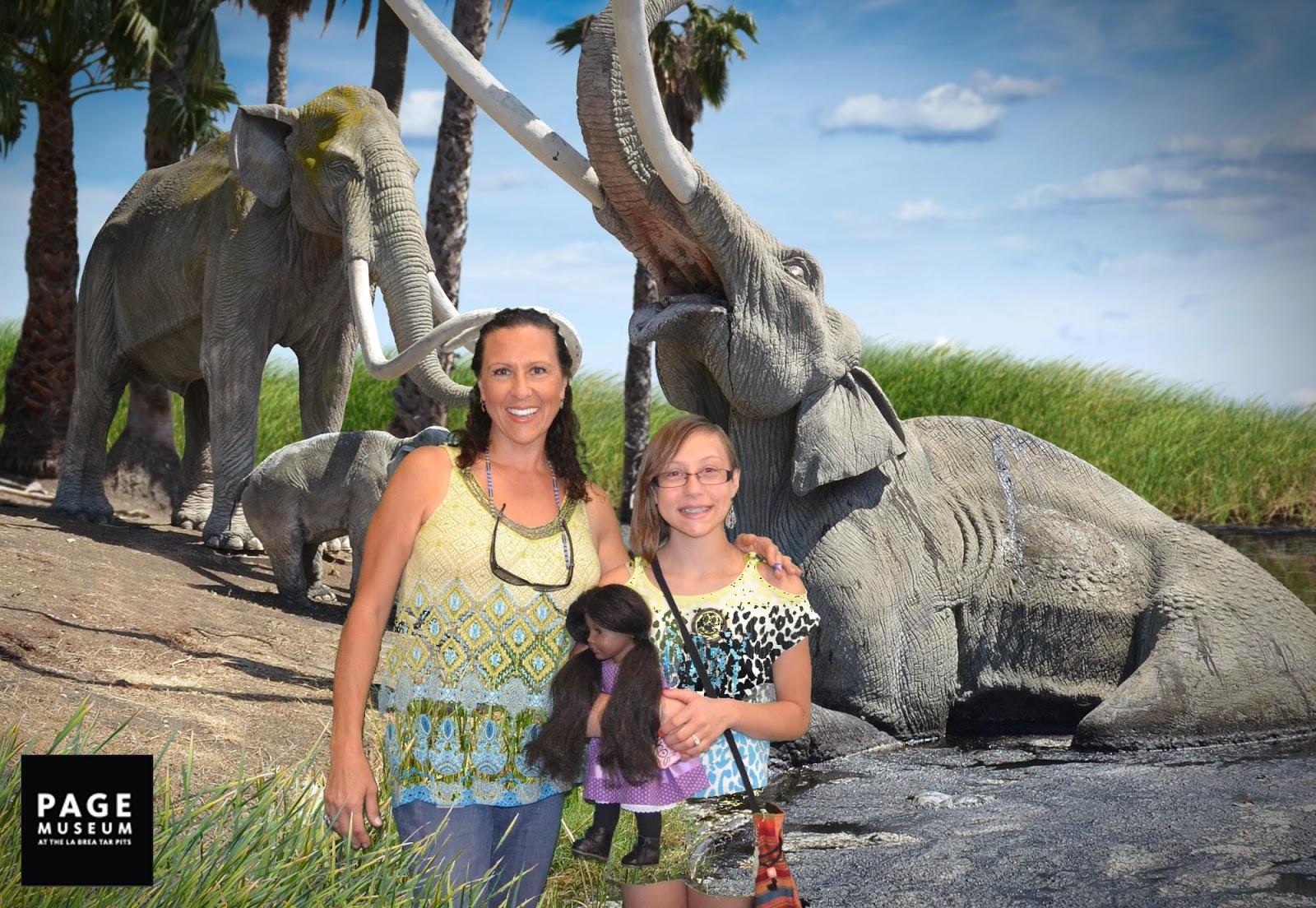 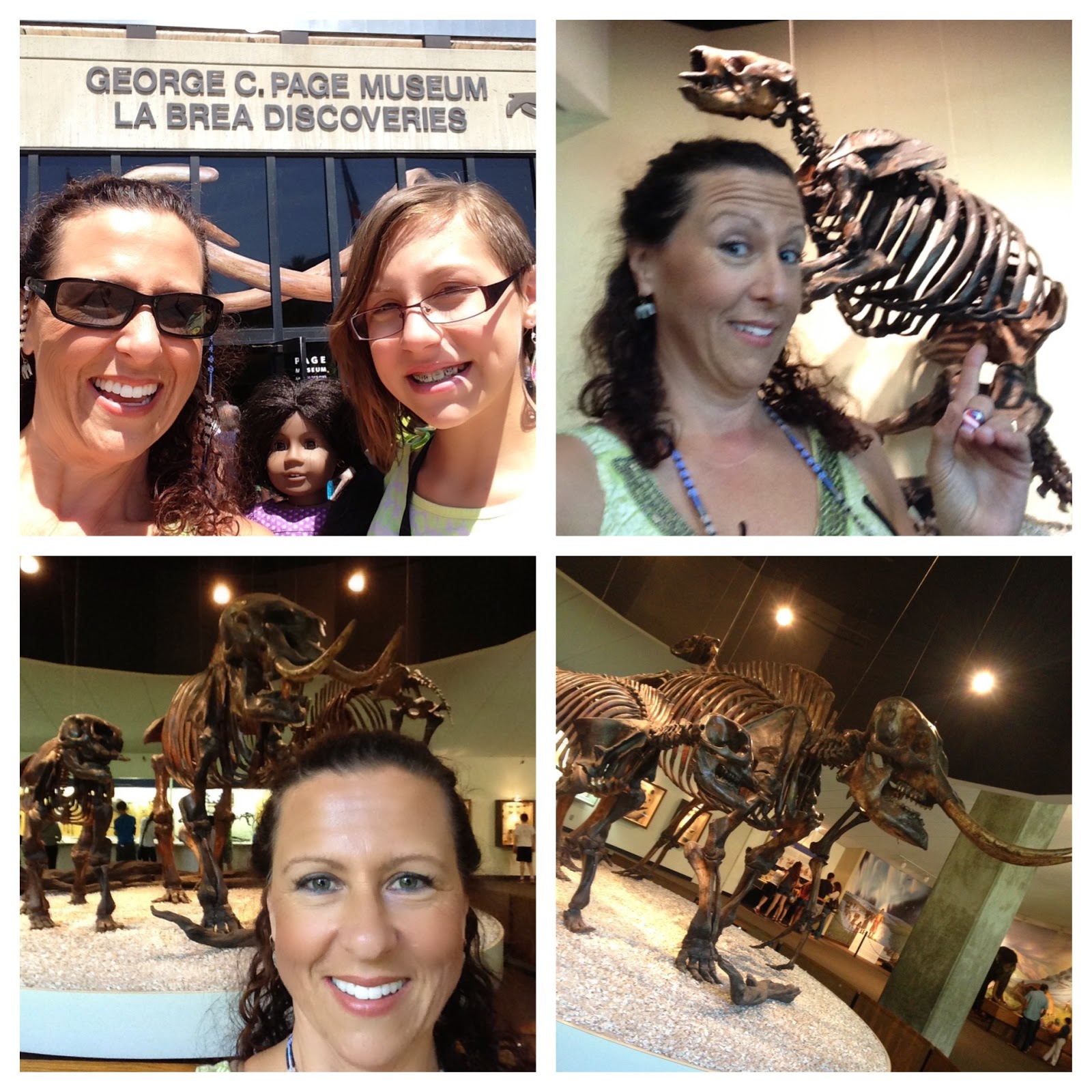 The museum is just right. Not too big and overwhelming, yet informative and interesting enough to hold our attention for a couple of hours. After perusing the exhibits, we walked across the street for lunch and then returned for a short docent-led tour of the park. 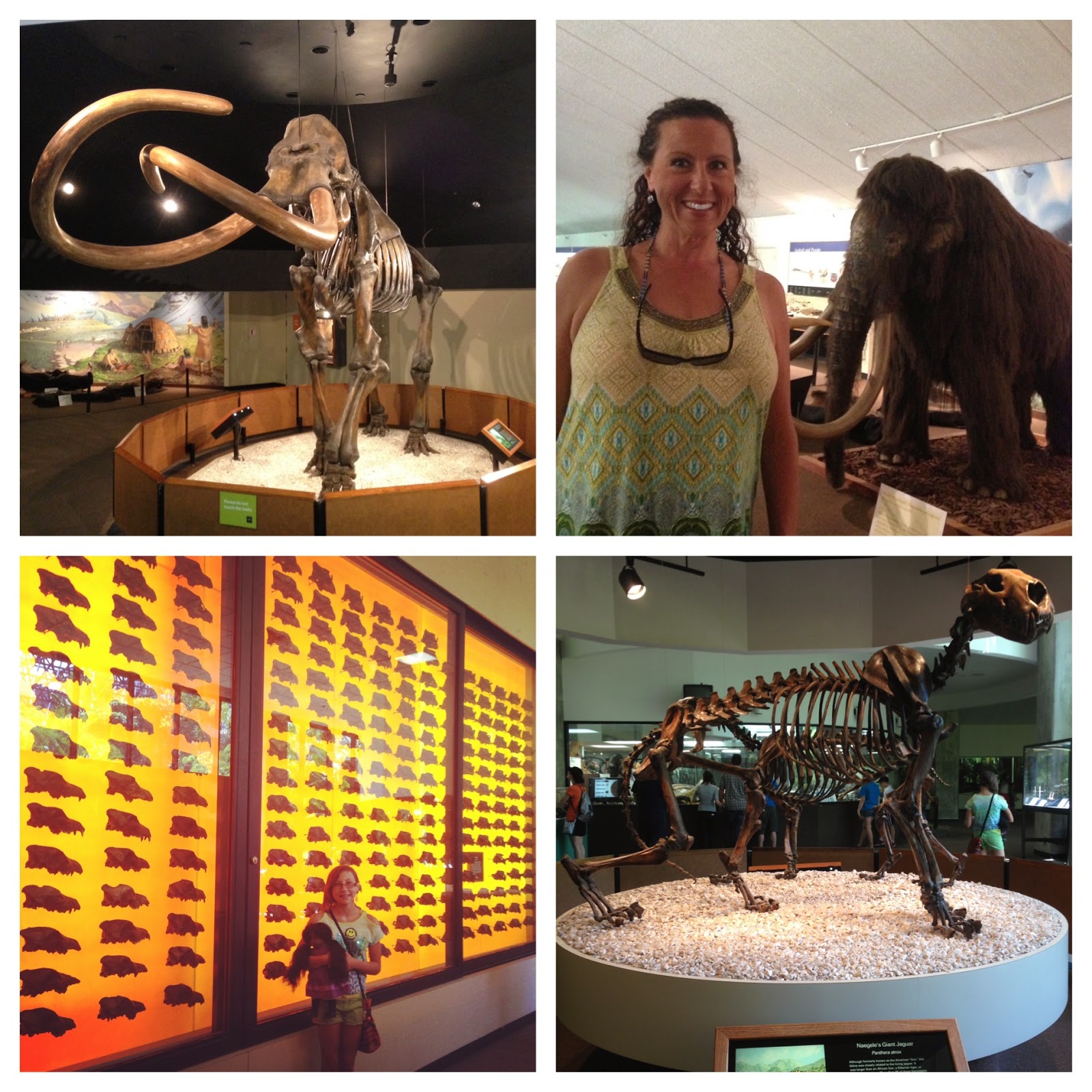 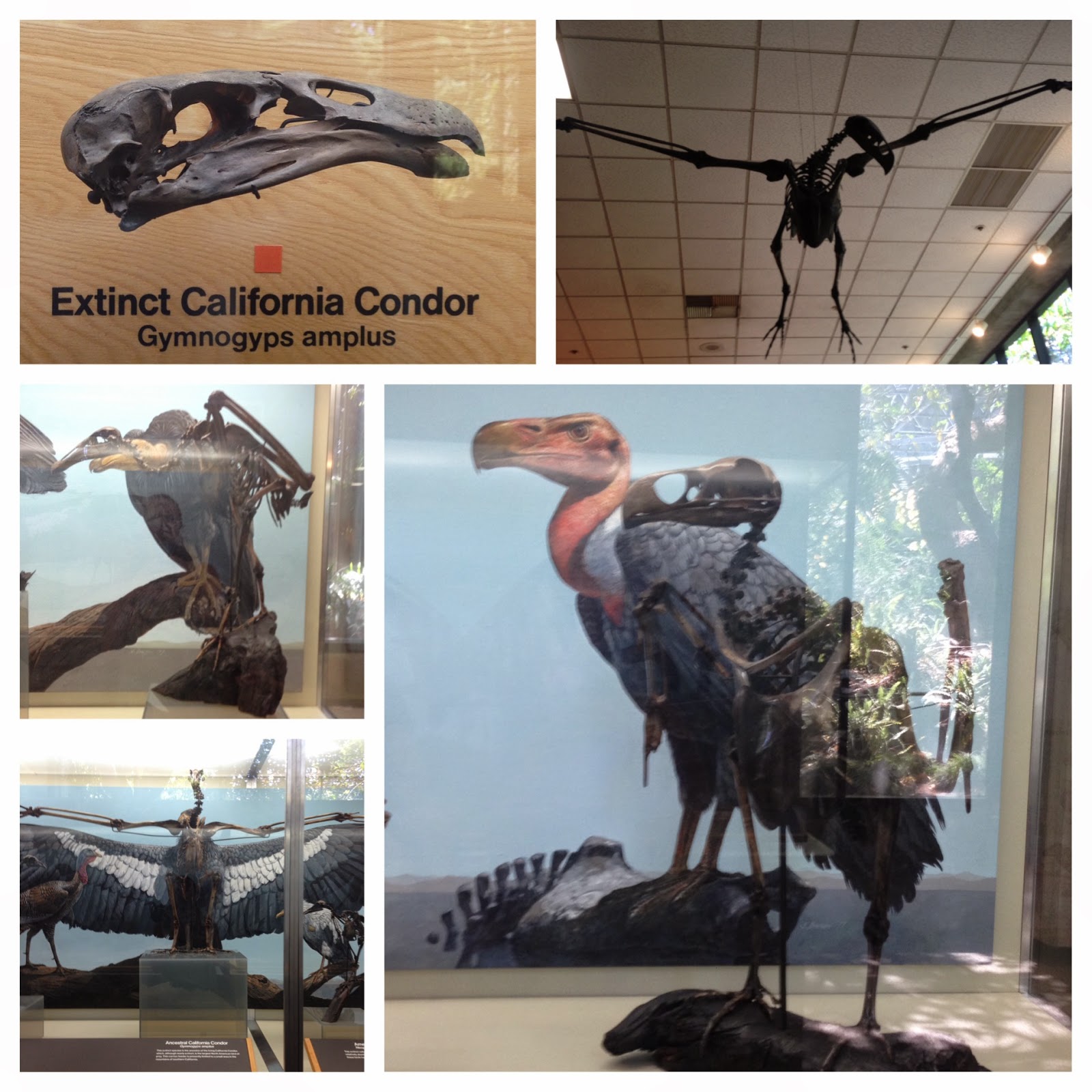 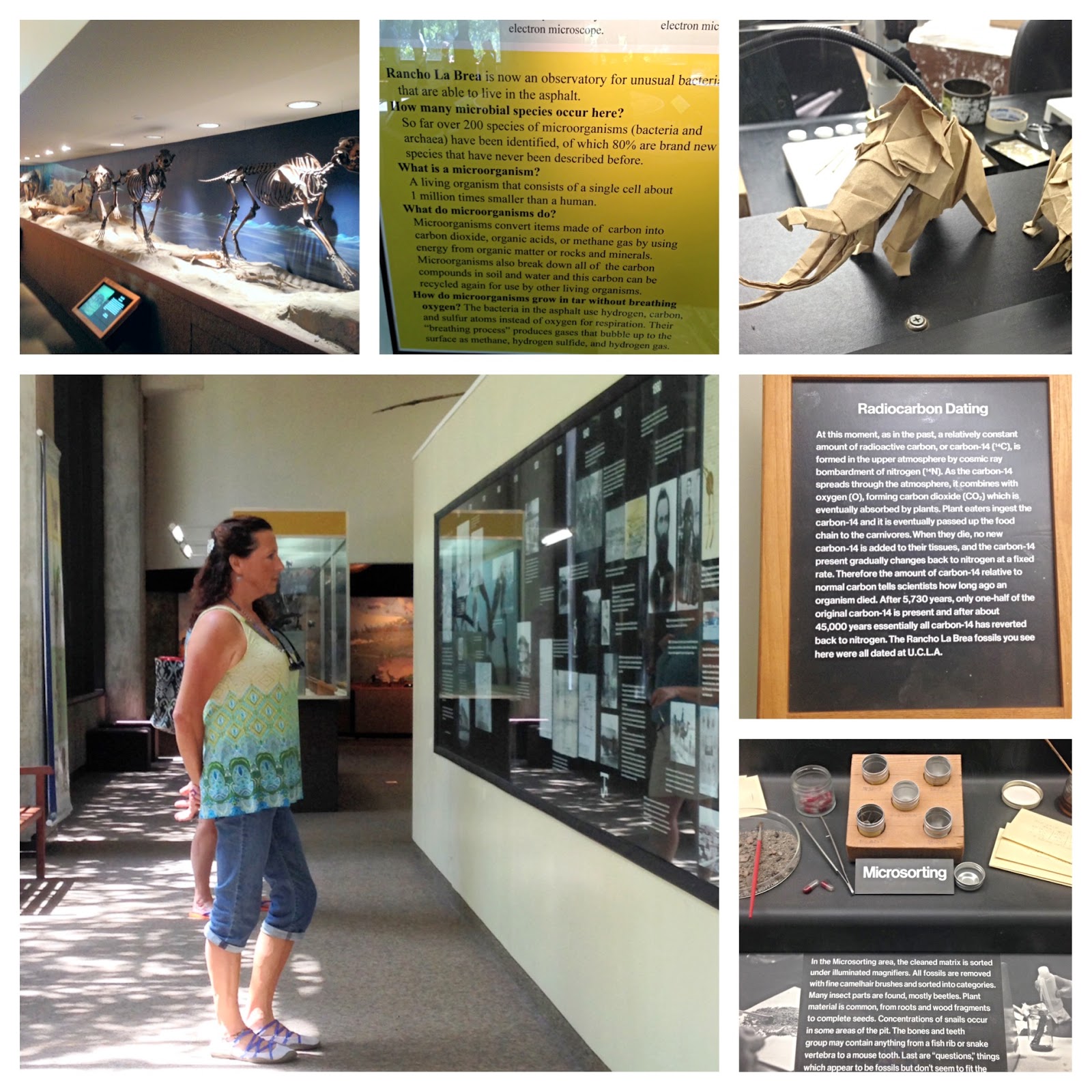 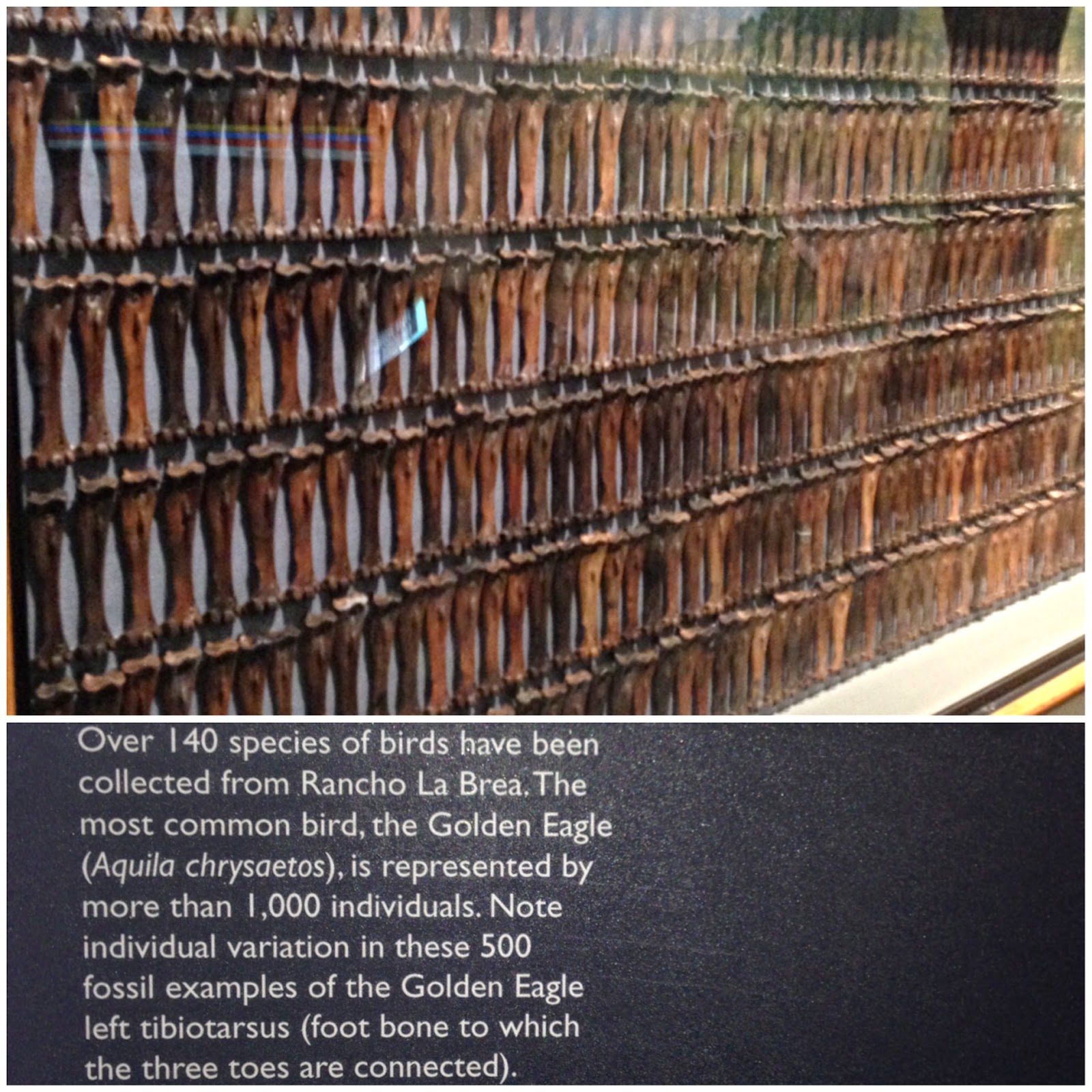 We learned that the tar is not actually tar, but asphalt. We also learned the difference: Asphalt is decomposed organic materials while tar is man-made. We learned that methane and hydrogen sulfide from the decomposition rise from underground to cause the bubbles in the lake. The lake is man-made by siphoning water away from the many excavation sites around the park. 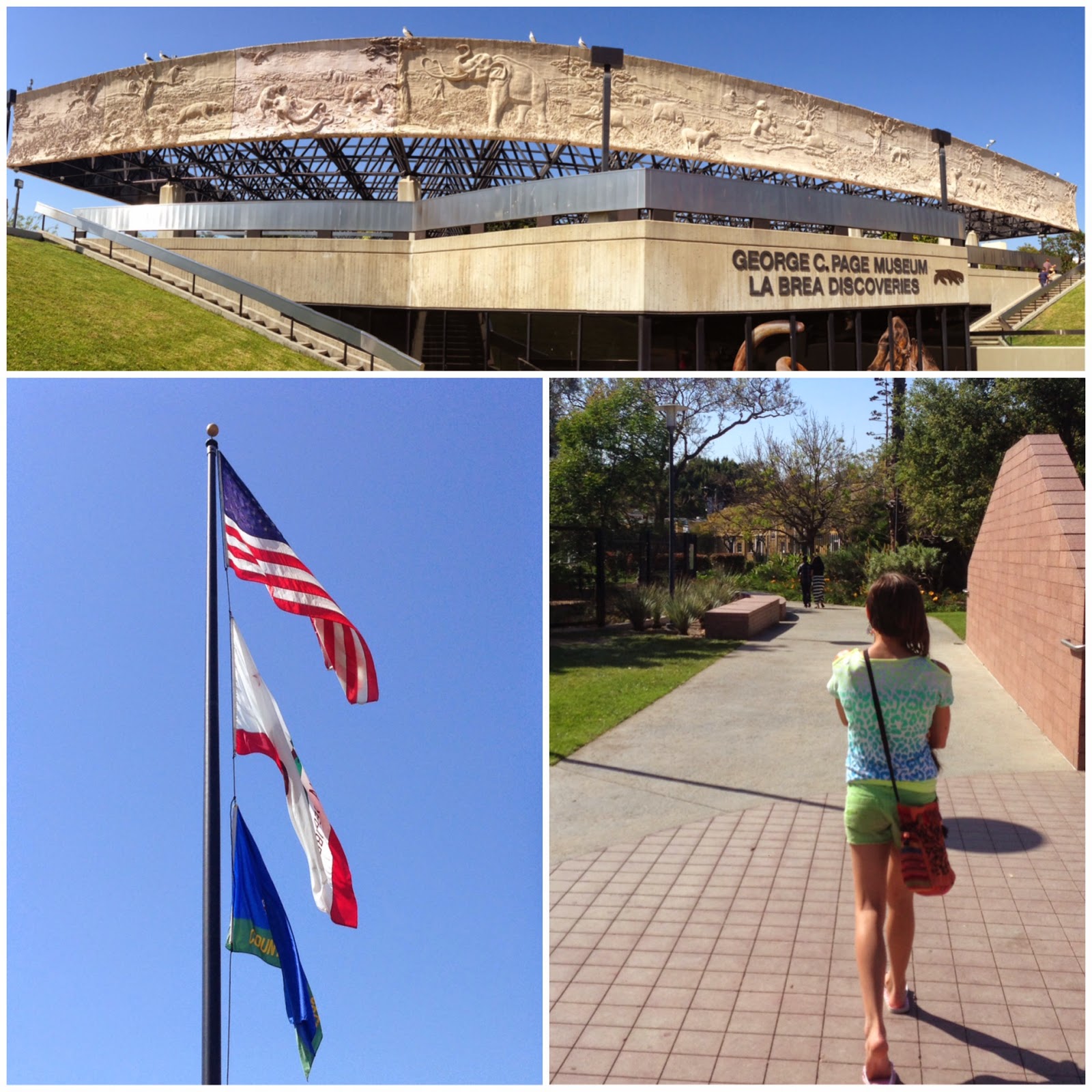 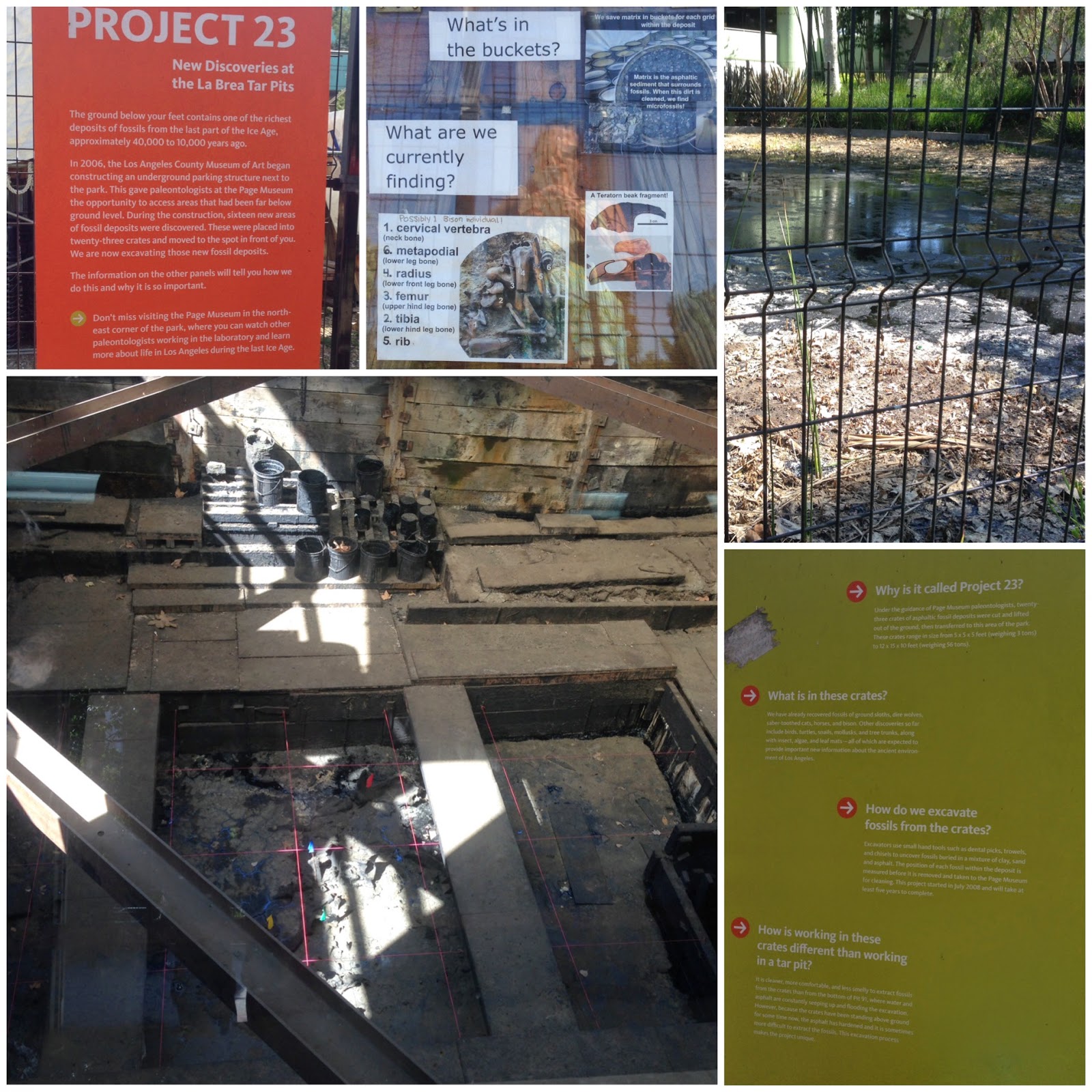 We learned that the pits were predator traps. For every herbivore excavated from the asphalt, there are 9 predators. The goo would have been covered in leaves, sticks, and other debris, as well as water, so animals probably wandered into it unawares. At that point they would be hopelessly stuck. A depth of asphalt of only two inches would be enough to trap a mammoth (12 ft tall and 7 metric tons)! There is a story of 2 Asian elephants that got loose from a traveling zoo in the 1930s that were stuck in just a couple of inches of asphalt, but were pulled out by humans, and that is how they know this. Once the prey animals were stuck, they were seemingly easy pickings for the predators, who then also would become mired in the muck. In just this small area over 3500 Sabertooth cats have been found!

We found our hotel, the Elan, only a few miles away and settled in. We've got free WiFi (a primary factor in booking this room over our second choice), a comfy room, and a courteous staff. I packed a cooler full of healthy vegan food which I transferred to our in-room mini-frig, and unpacked before we set out again. 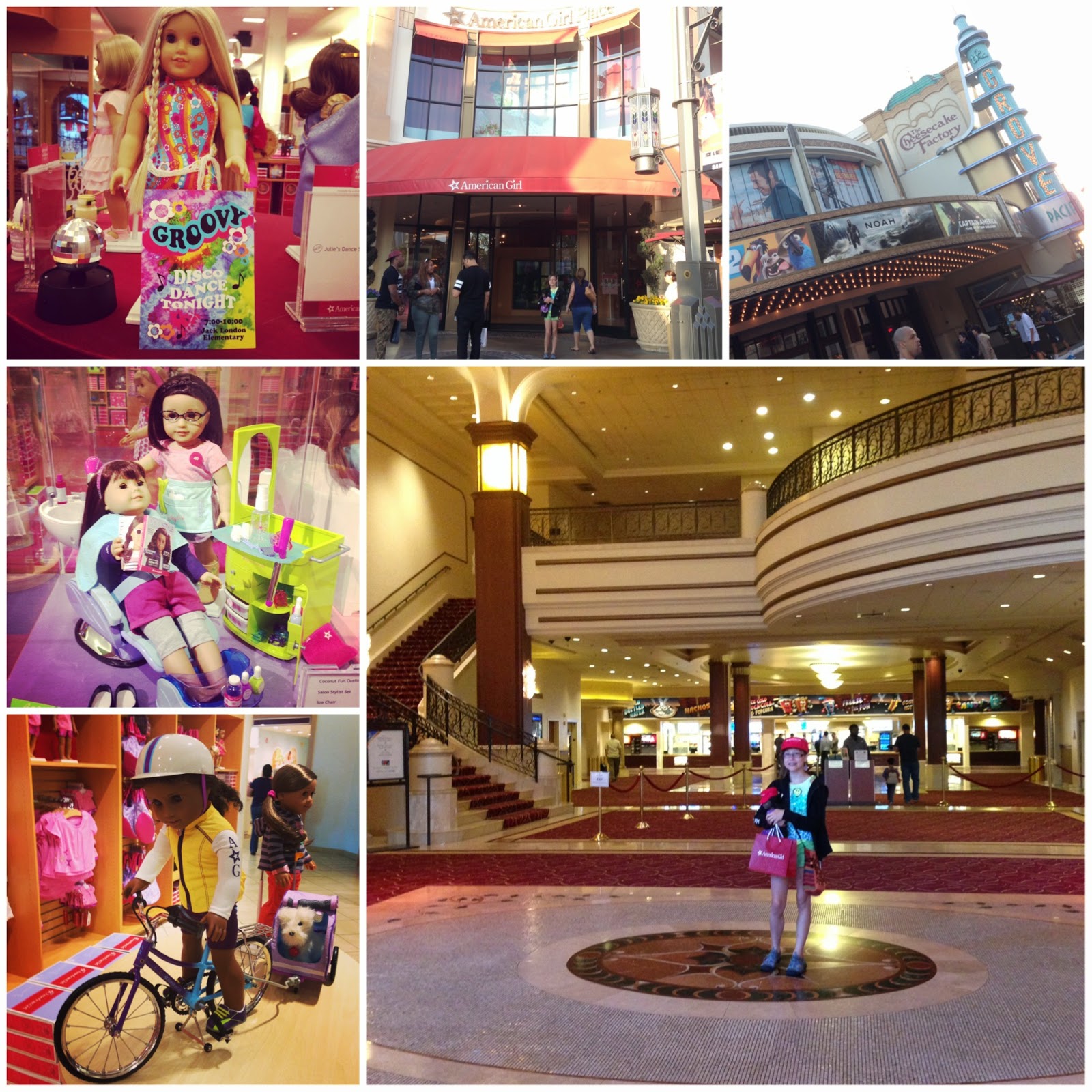 The Grove is only one mile from our hotel! I told Treklet that we wouldn't have time to go to the American Girl Store because we had our itinerary planned to explore places she has never been. She was pleasantly surprised to learn that we could pay a visit to her favorite store, and we also had time to see the latest Muppet movie there, too.

After our long day she turned in while I squeezed in my second workout and a shower and here I sit blogging. Tomorrow we will explore the Science Center. Eugene is along, and is excited to see the space shuttle Endeavor. 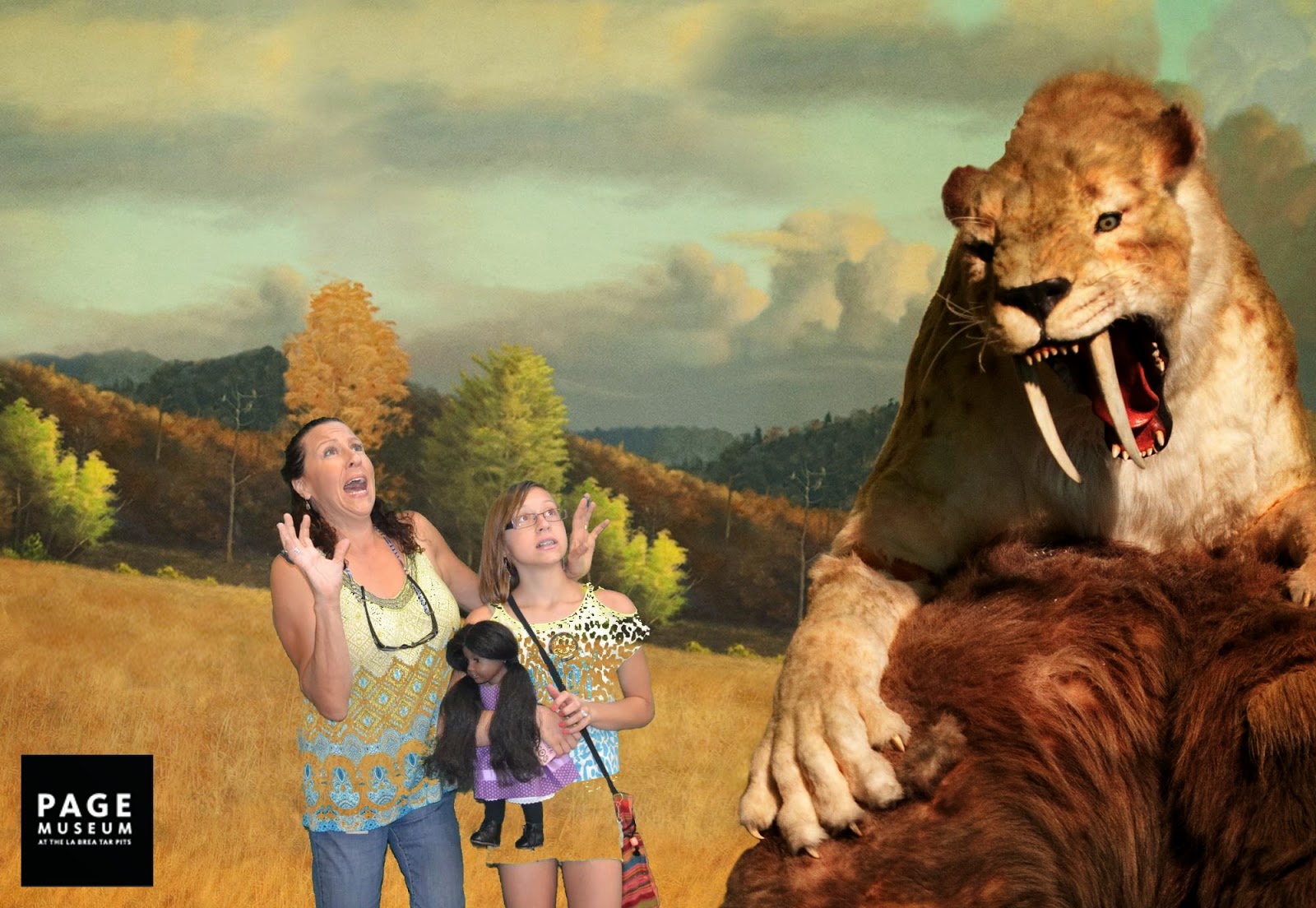 Posted by starfleetmom at 11:27 PM