Today we visited the California Science Center. By the way, Siri was seriously smoking something illegal when he was giving me directions.

Once we finally arrived, I was amazed to find out it was free! It cost only $2 each to see the space shuttle Endeavour, and the rest was donation-only (yes, we donated). We opted not to buy IMAX tickets, since we can see Lemurs in San Diego.

The Ecosystems Exhibits are divided into several galleries by type. We first visited the Island Ecosystem gallery, which had several interactive exhibits and did a great job explaining such concepts at niche, microevolution, adaptation, and generalists vs specialists. This stuff is right up my alley! 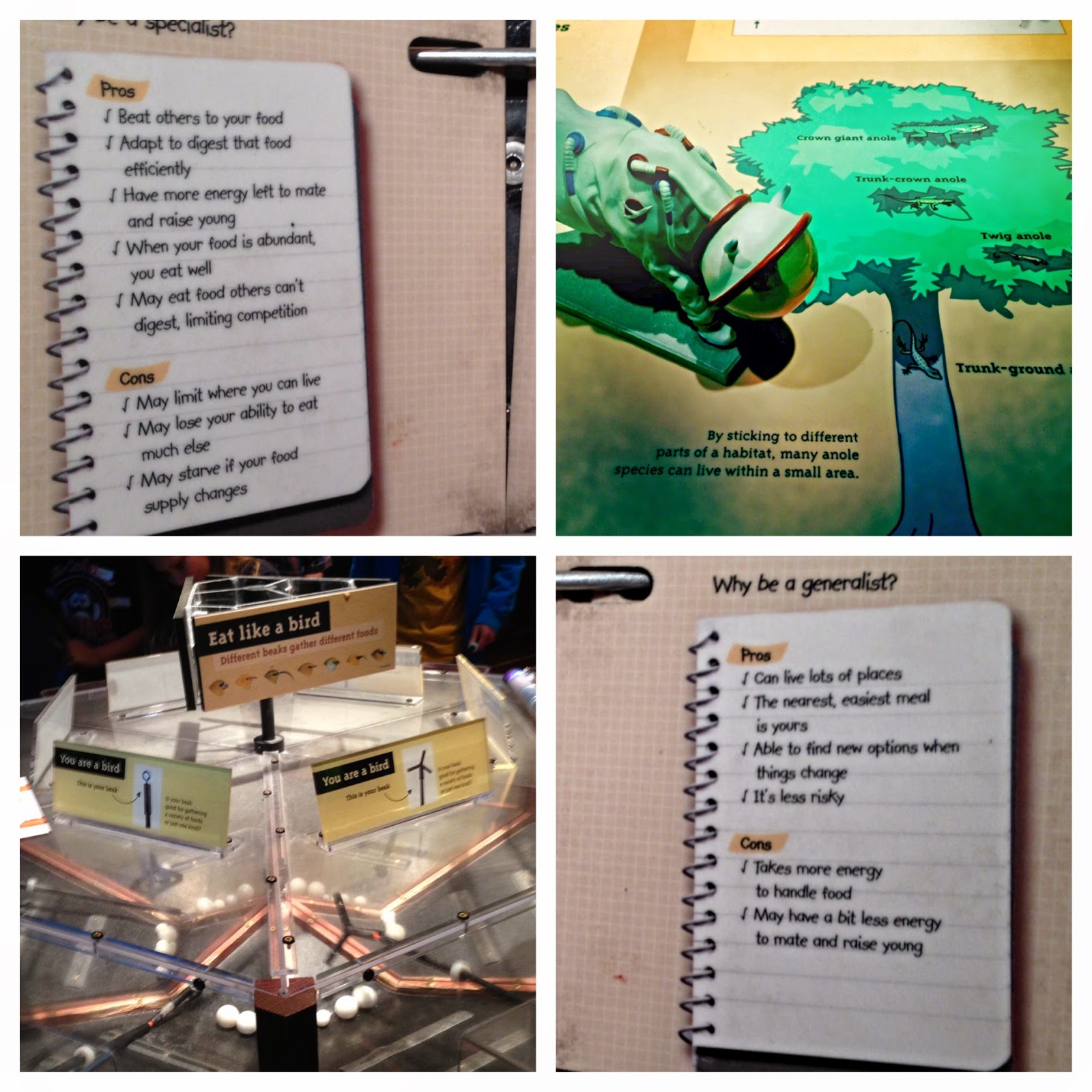 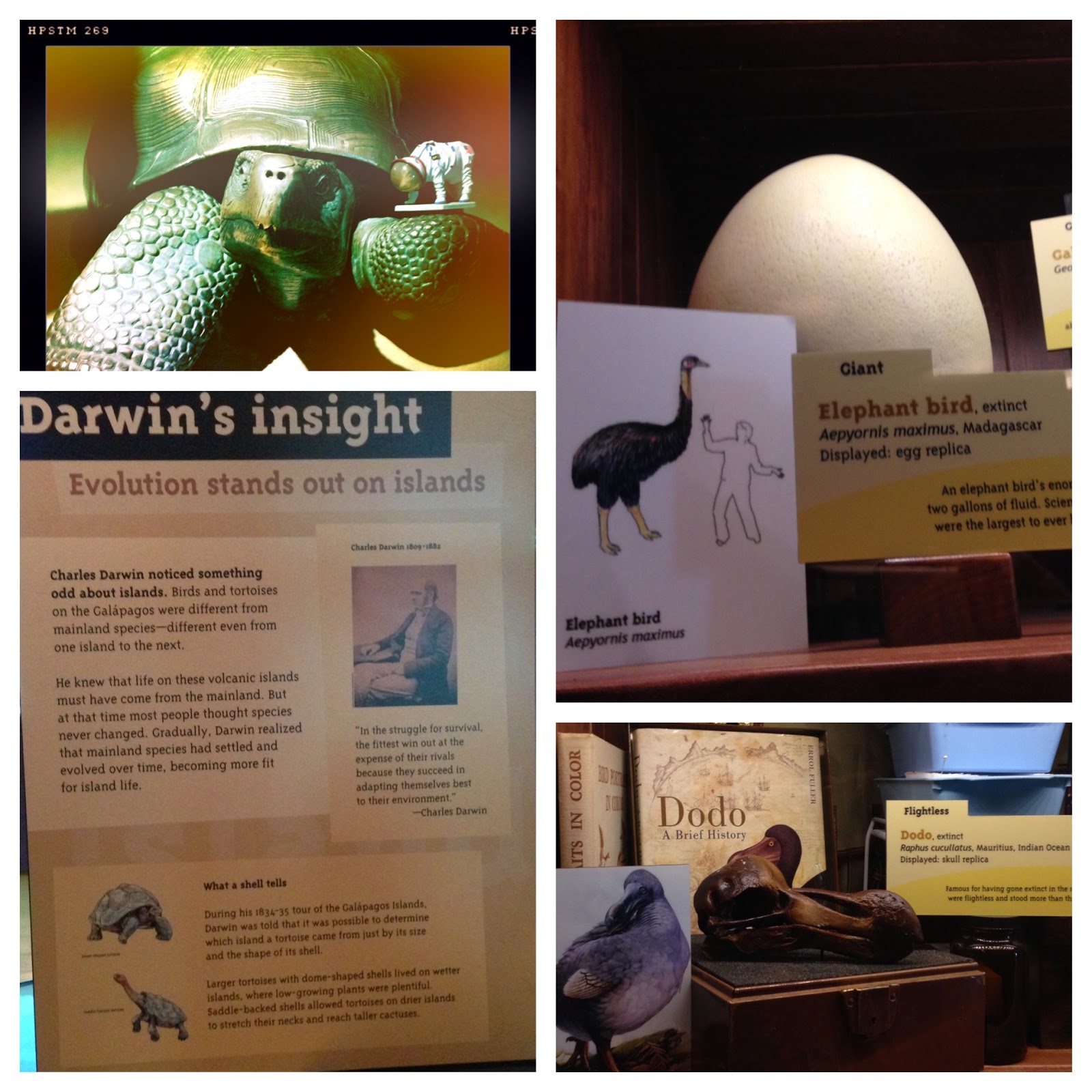 Our next stop was the Endeavour exhibits. First there is a large gallery with displays about California's connections to the shuttle (her construction, mission control, etc), how astronauts eat and go to the bathroom in space, mission control, how Endeavour was transported to LA, and a motion simulator that Treklet enjoyed. I thought it was interesting that contest was held for schoolchildren to name the shuttle and that it was named after the explorer Captain Cook's ship, hence the British spelling of Endeavour. 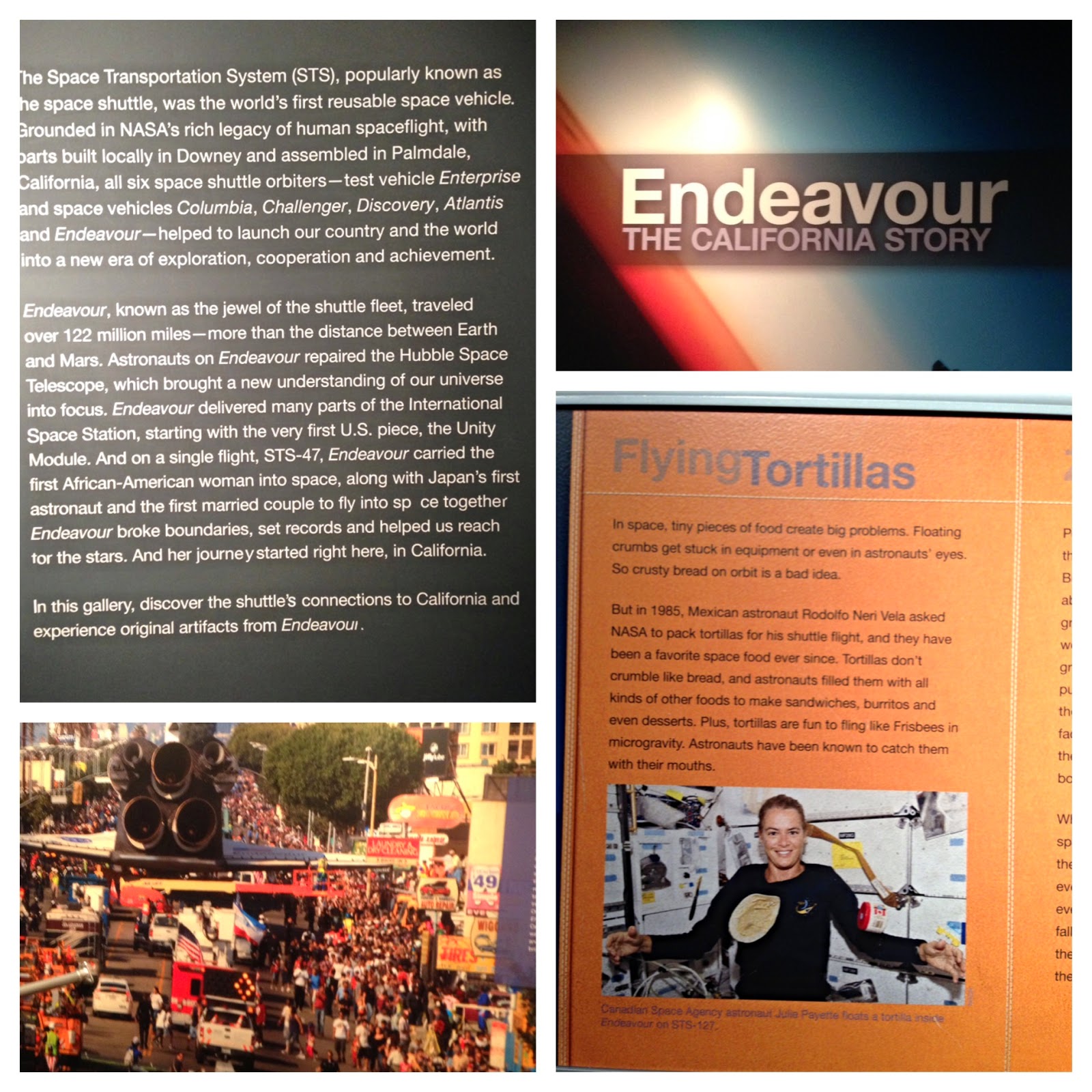 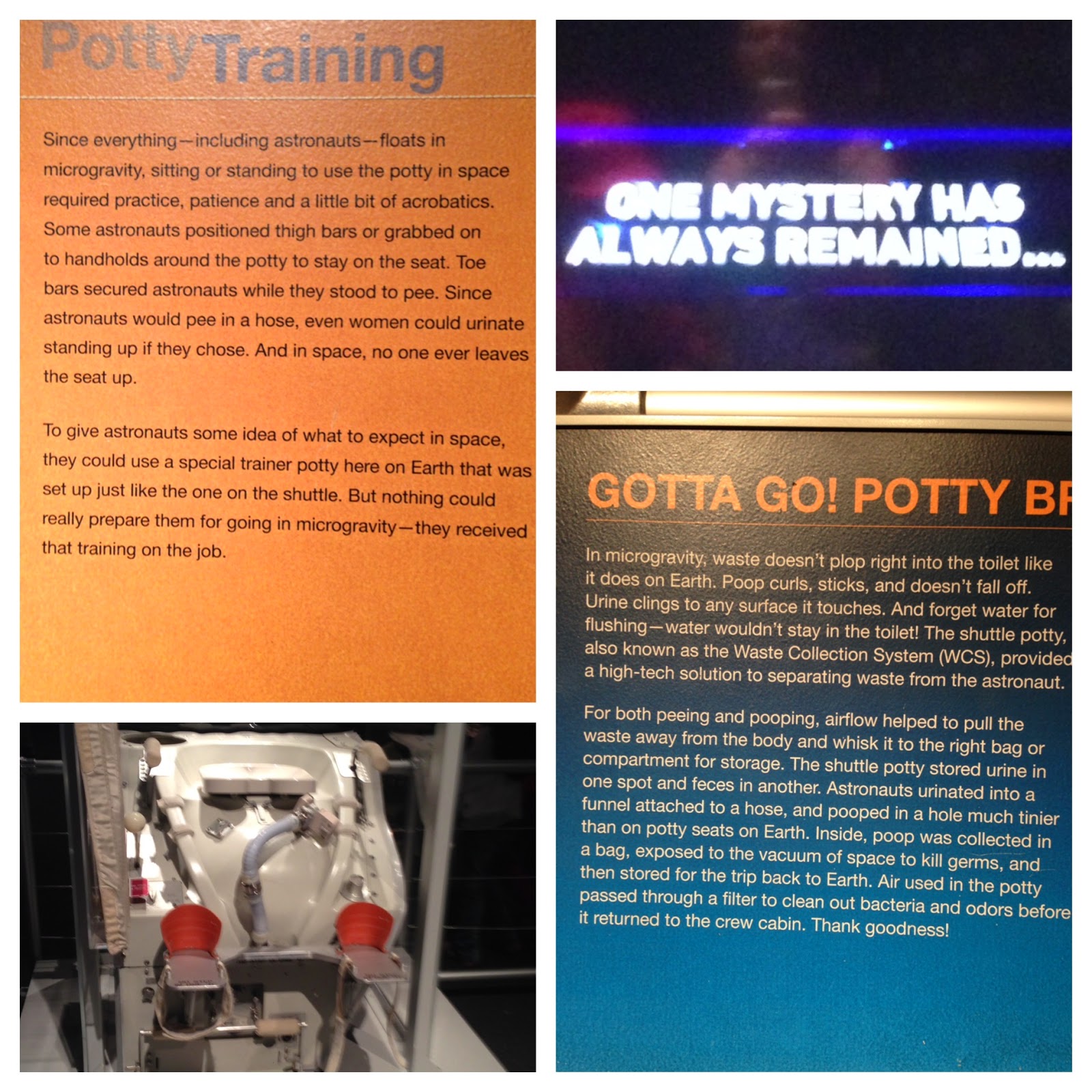 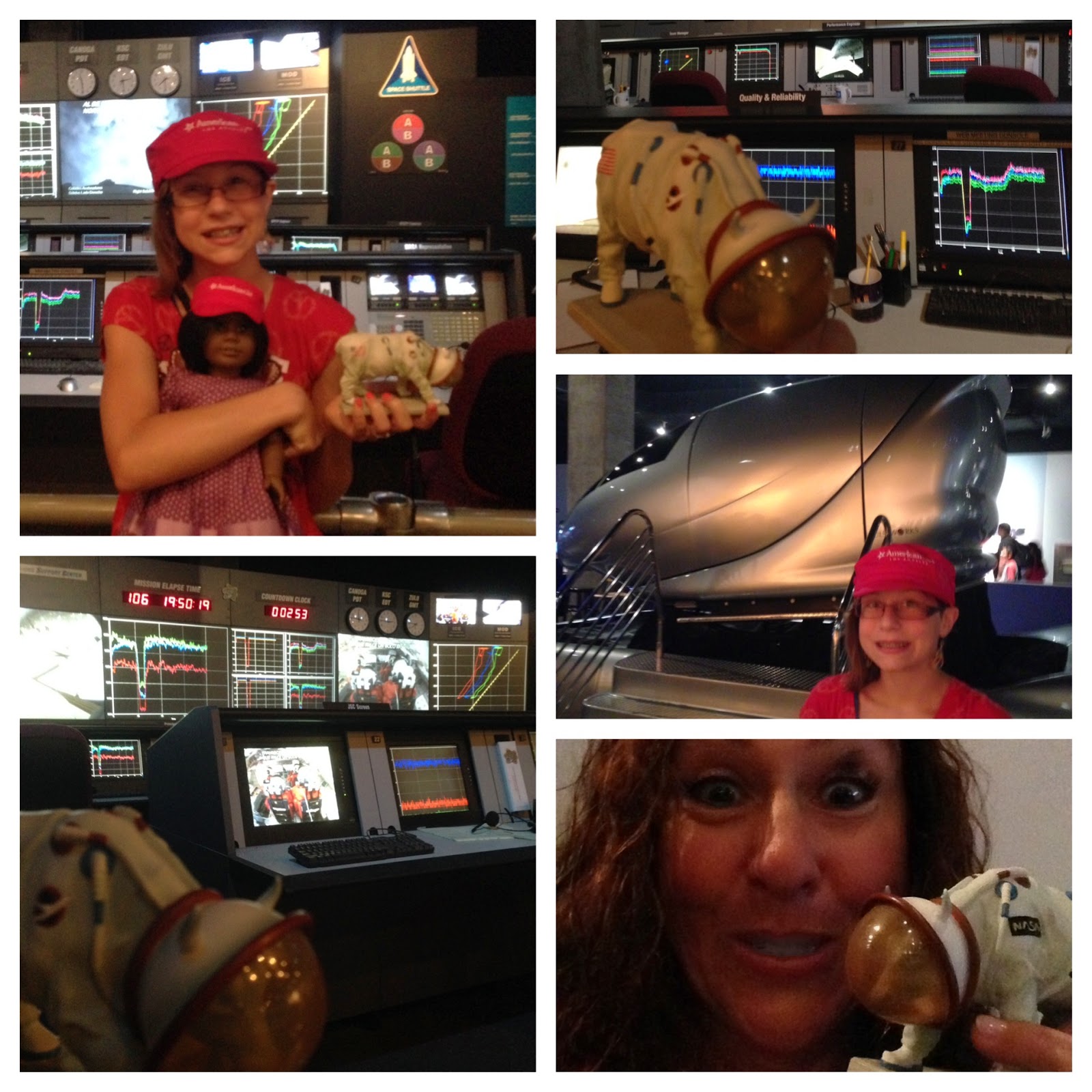 Then it was time to see what I really went there for: Endeavour's Hangar! I was overwhelmed with emotion, and so was Eugene T Spacecow, the moment we entered the hangar. I wondered how big she would look up close, and I really felt that Endeavour didn't seem quite as big as I thought she would from the pictures and videos I had watched of her being driven through LA City streets on her was to Exposition Park.  All along the walls of the hangar are signs with information on every shuttle mission, in order. The are numbered STS-# for Space Transportation System. Each sign had a photo of the mission crew, or payload, and a short description of the mission objective, and the names of the crew members. I read every single one, and cried when I read the names of the Challenger and Columbia crew members that had perished in STS-51 & STS-107. I bought myself a clever evolution sweatshirt as a souvenir and a freeze-dried ice cream sandwich for the kid. 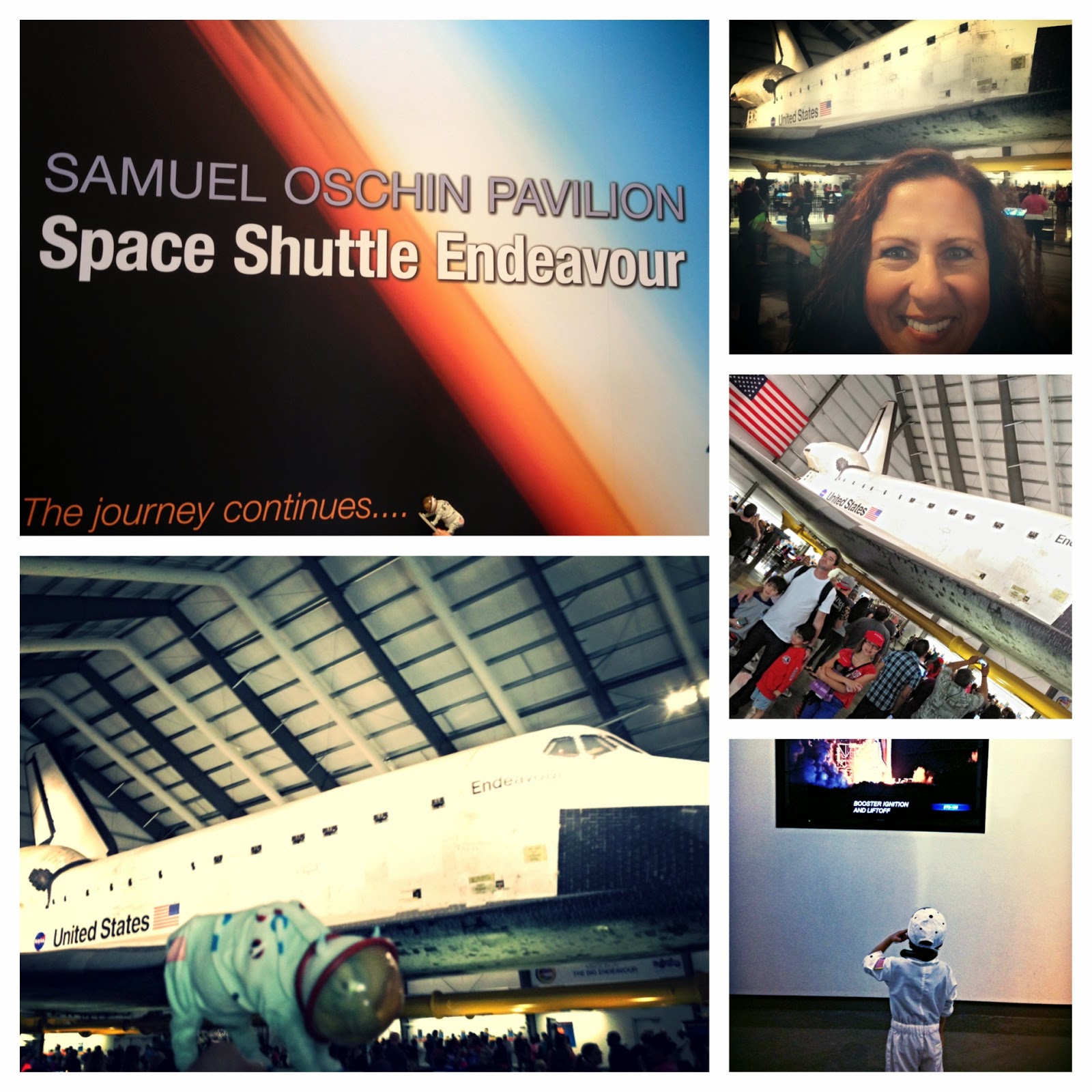 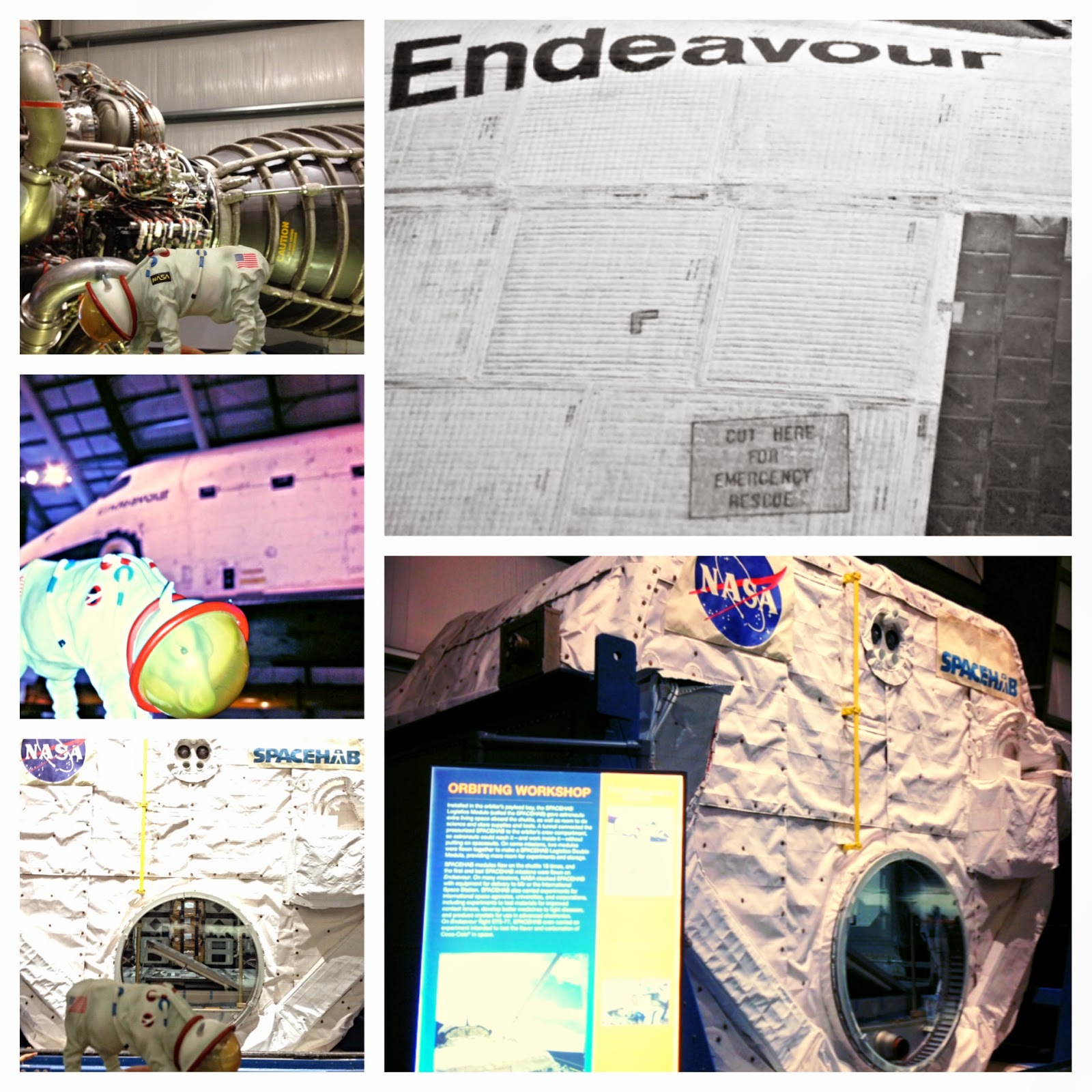 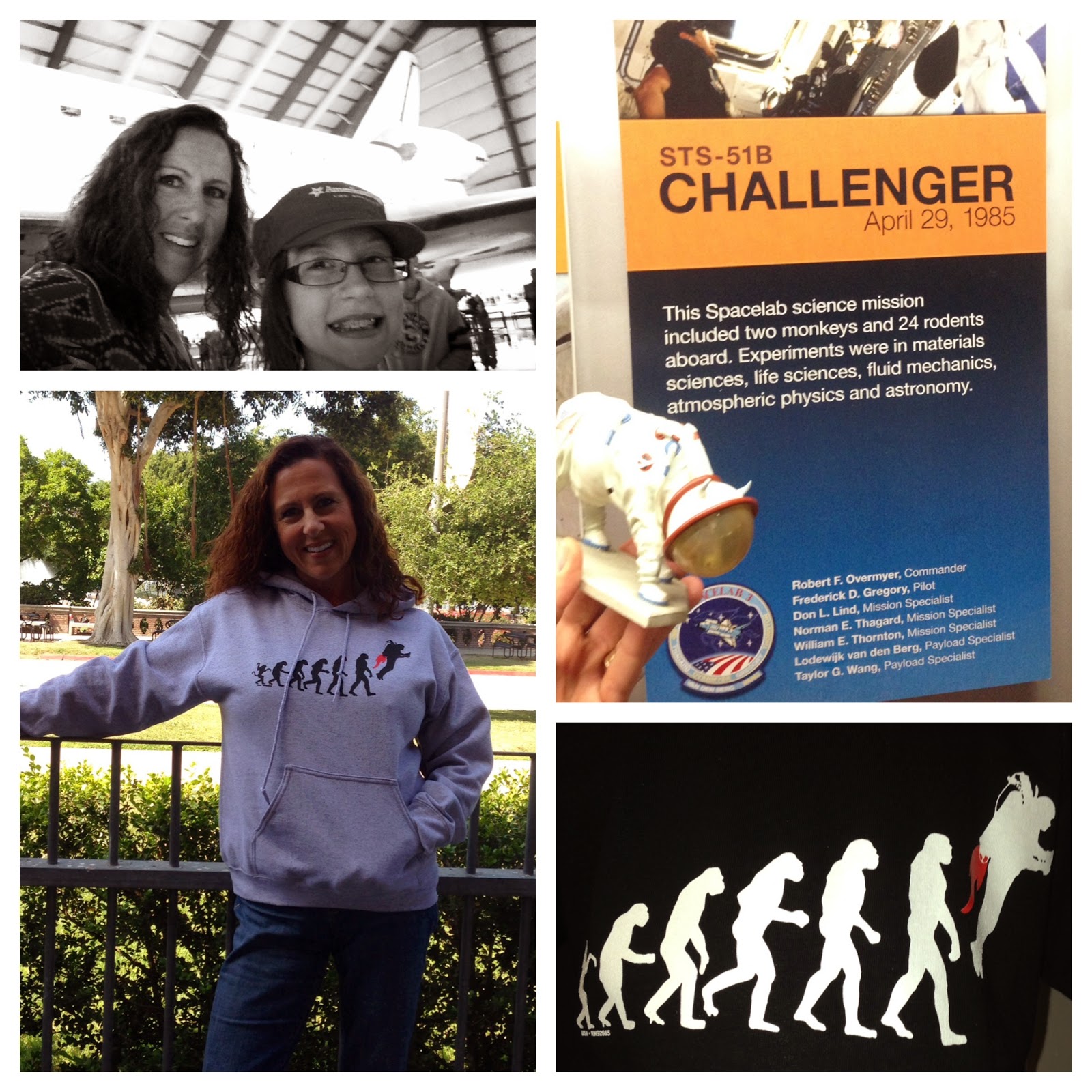 After a snack break on the patio, we explored some more exhibits on ecosystems, such as rivers, kelp forests, and rot, then looked at a few aerospace and transportation technology displays before fighting the LA traffic back to the hotel. 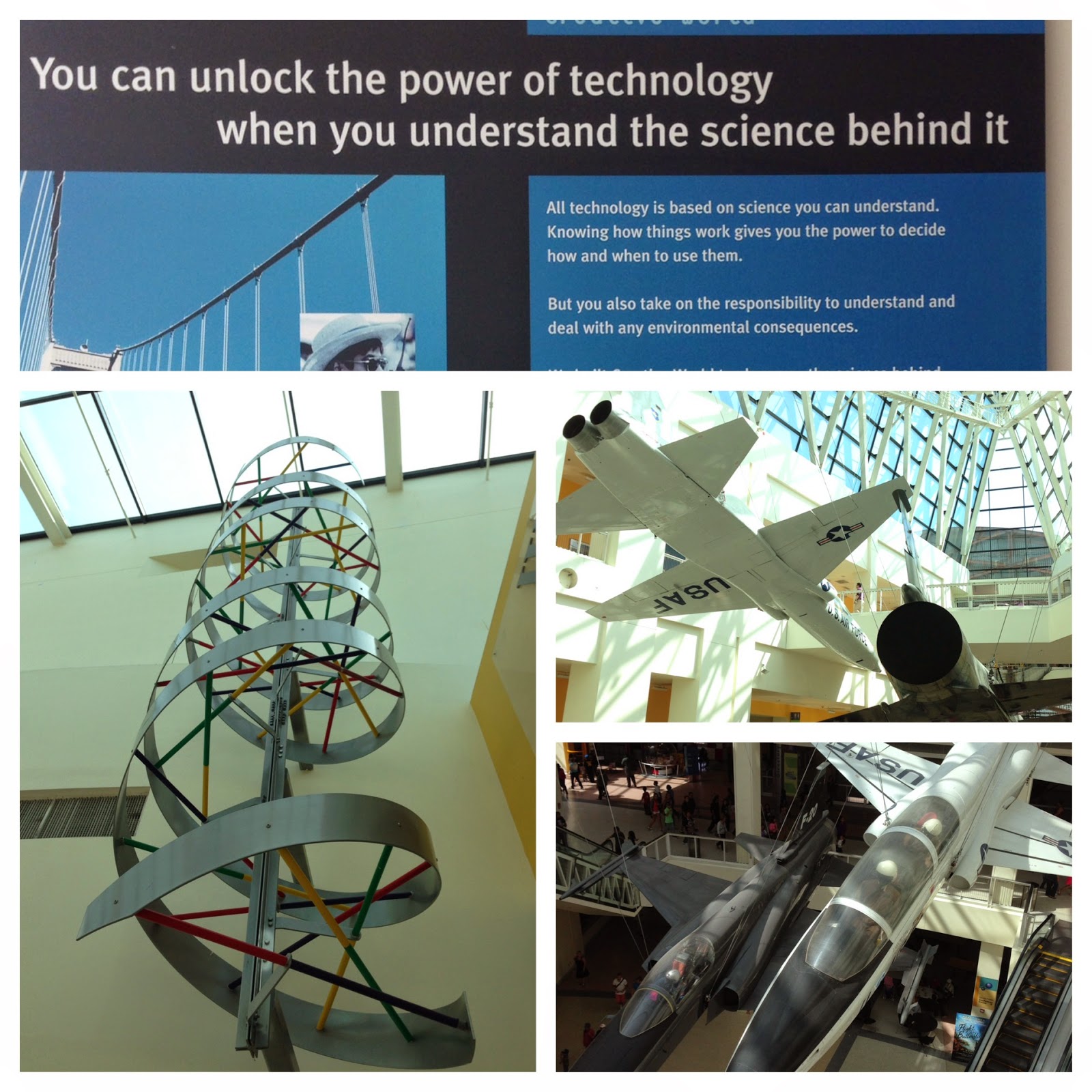 All in all, it was a great mix of biology/ecology and outer space today.
Posted by starfleetmom at 5:48 PM