The Art of Vacationing 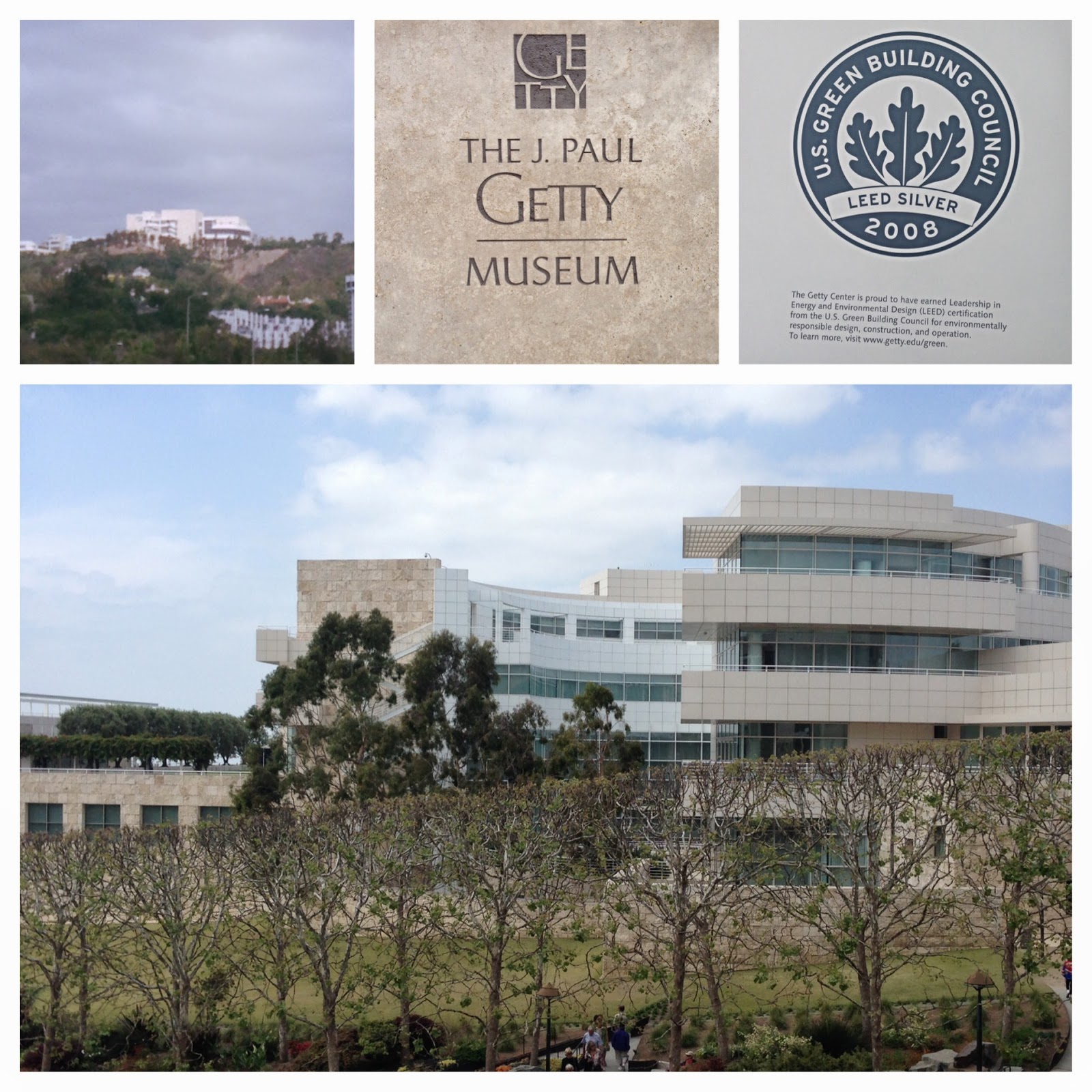 During the night I had a painful sore throat. It felt like I had a softball stuck in my gullet! I slept in until 9 and skipped my workout...the first time in months that I've missed one. We finally arrived at The Getty Museum around 11. It's an interesting setup. Parking is underground at the bottom of a huge hill. Trams take guests from the parking garage to the museum grounds on the top of the hill. Again, I was blown away that the admission was FREE. (Parking was $15,  though) 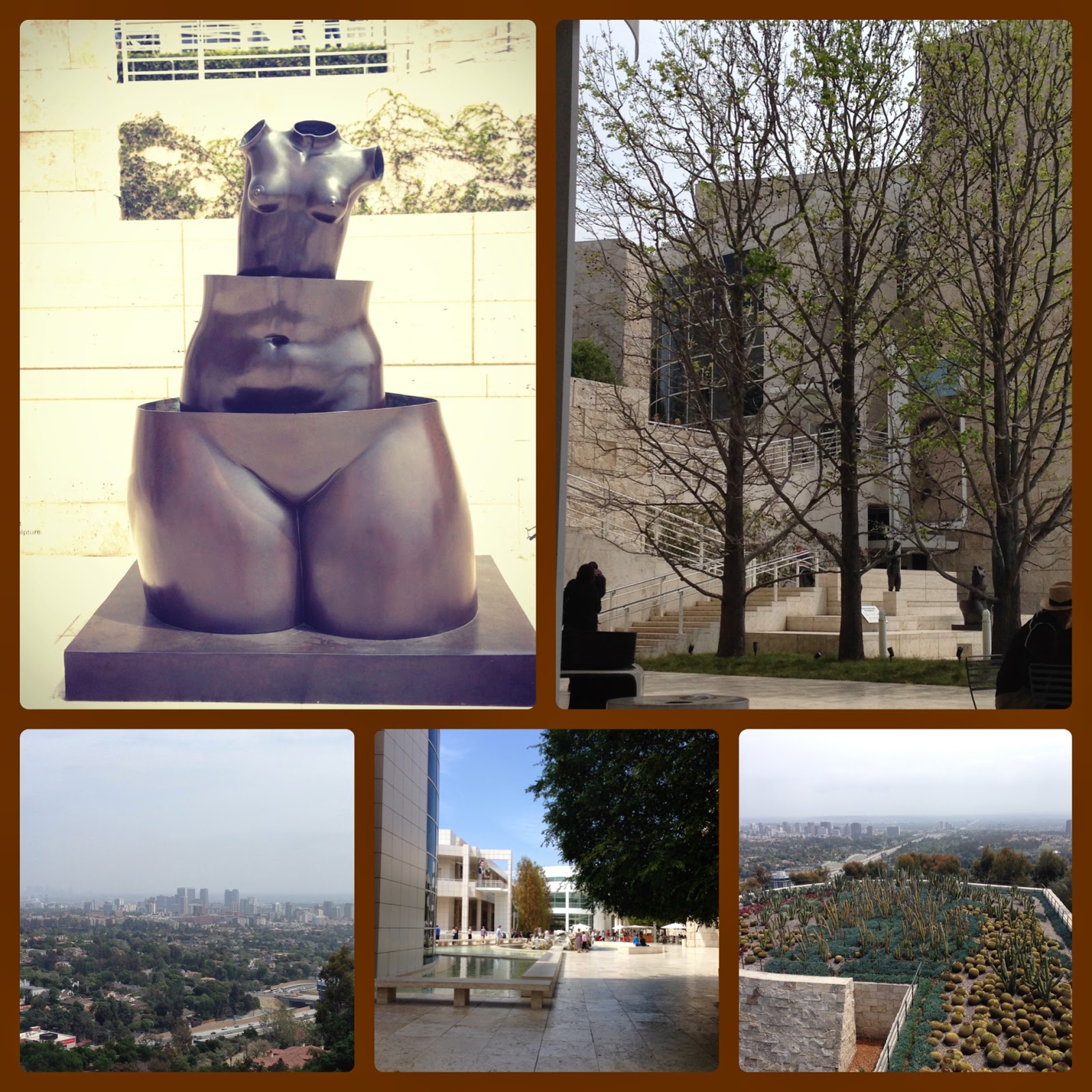 We explored the galleries in the West Pavillion first. We posed with Cézanne and Van Gogh paintings, admired sculptures, wondered what people see in the Jackson Pollock Mural, and learned all about hatching techniques. 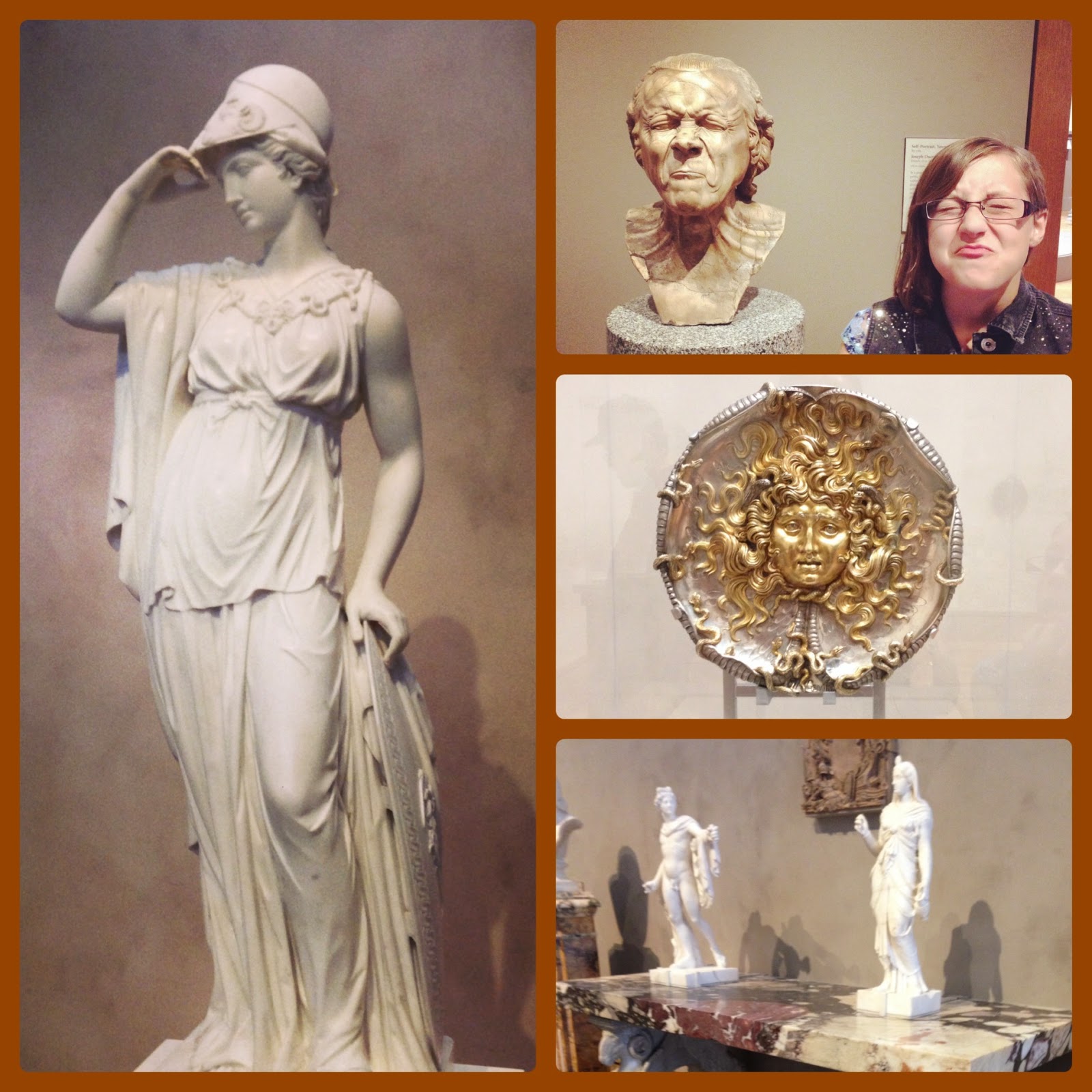 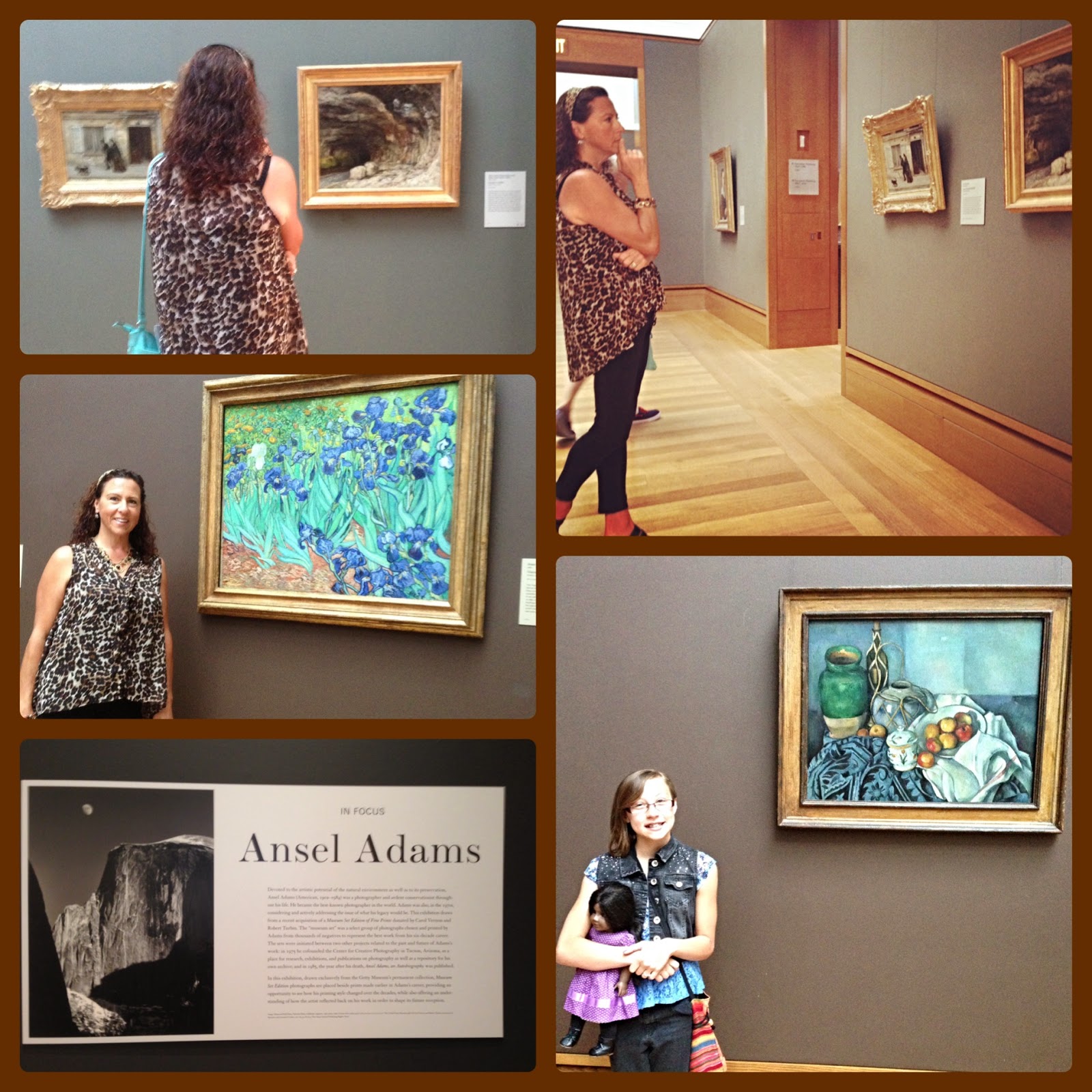 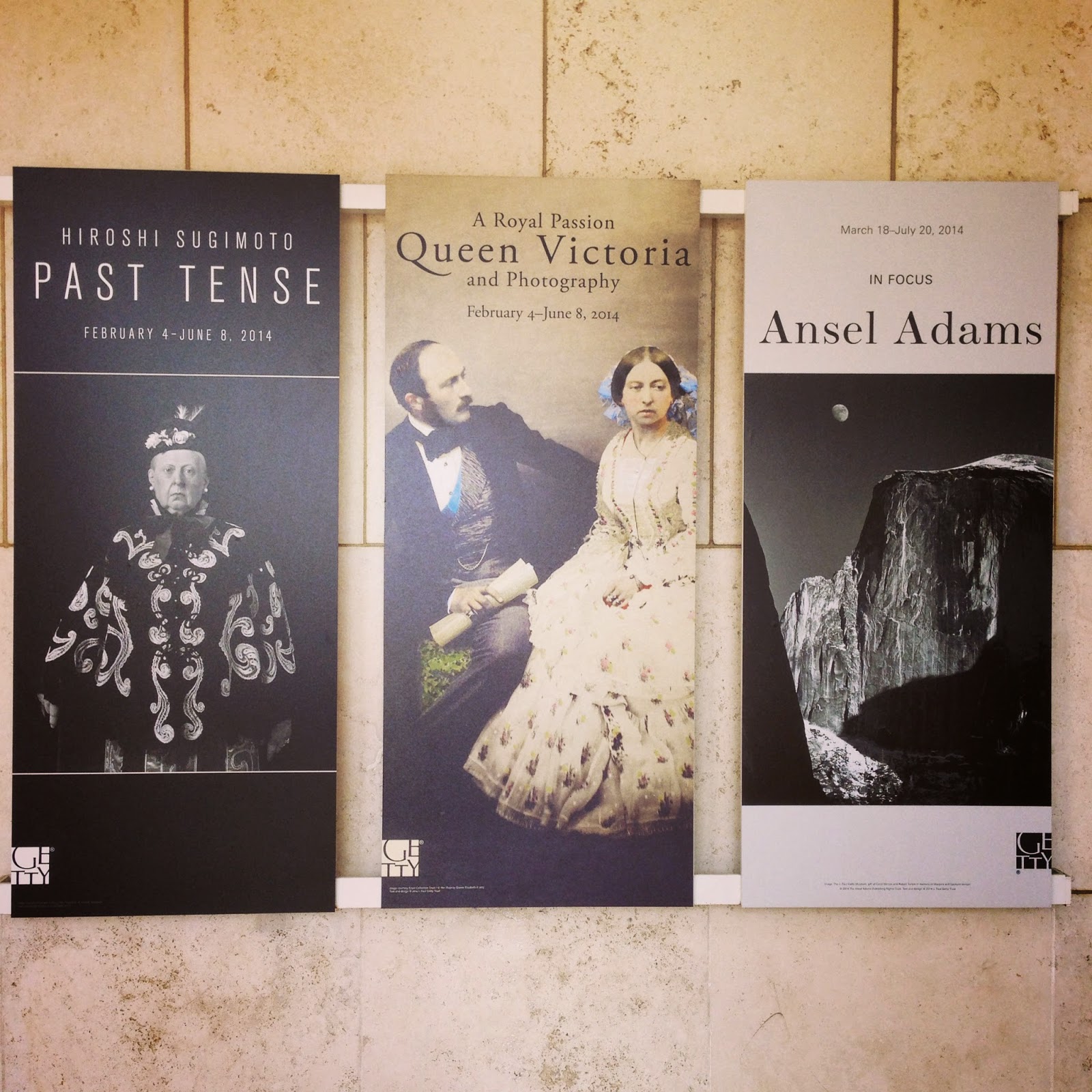 After a refreshing lunch at the cafe we looked at the temporary exhibitions. One was Ansel Adams, which I enjoyed very much. I've always loved his black and white prints of natural landscapes. Another was called "A Royal Passion: Queen Victoria and Photography." Photography was invented two years after she inherited the throne of Great Britain and She was the first British monarch to have her life fully recorded in photographs. Evidently she had a passion for collecting photographs. There was also an early movie camera on display with a film of her Jubilee parade. The third was of Hiroshi Sugimoto's work in photographing waxworks, habitat dioramas and tintype negatives. It is said that Hiroshi Sugimoto has used photography to investigate how visual representation interprets and distills history, but I didn't get that out of the exhibit. The exhibits were interesting, but the camera nazis would not allow photos in those galleries.

Treklet visited the Sketching Gallery, where she sketched a lion from a painting. I found the "Life of Art" exhibit interesting. It was an interactive exhibit utilizing ipads which taught about how pieces of art are preserved, studied, and catalogued.  Just outside that gallery was a ginormous painting of King Louis XIV by Rigaud. I couldn't stop looking at it. Kinda like art porn. We wandered through the rest of the galleries where we saw Rembrandt and his contemporaries (would it kill them to use a little color?), a lot of religious paintings from Europe (why does David look like a girl version of the boy with his finger in the dyke?), ugly French tapestries and European decorative arts, which we found to be gaudy and quite ugly. Hey, what do we know? We're not Art Majors. At least Eugene found a sexy cow to ogle at. 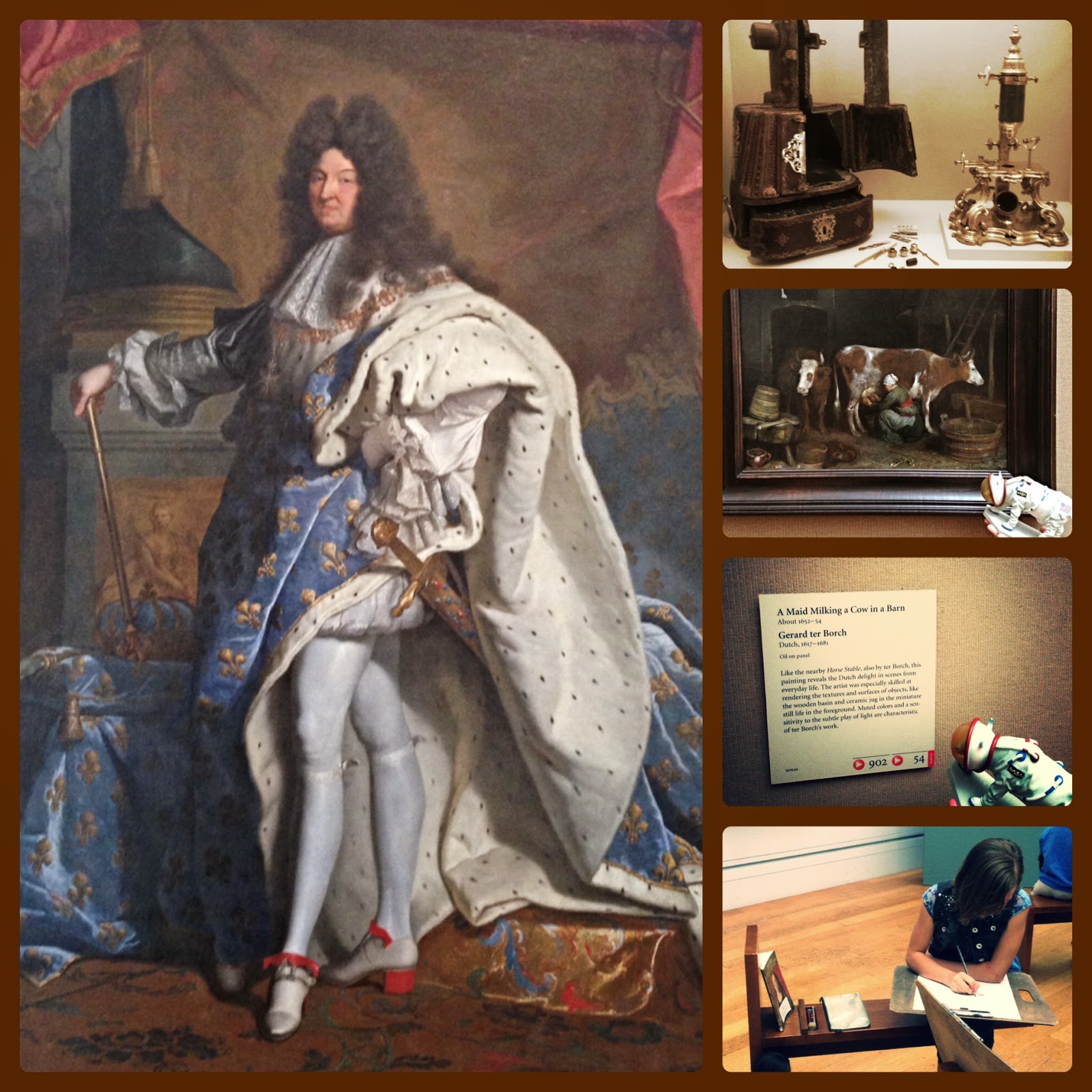 My favorite part of the Getty was the Central Garden, a living sculpture commissioned by the museum and designed by Robert Irwin. The 134,000 square foot garden contains 500 varieties of plants, meandering walkways, arbors, a stream, a maze and spectacular views. The clean lines of the modern architecture juxtaposed against the perfectly placed and groomed colorful flora was breathtaking.
THIS is art!! 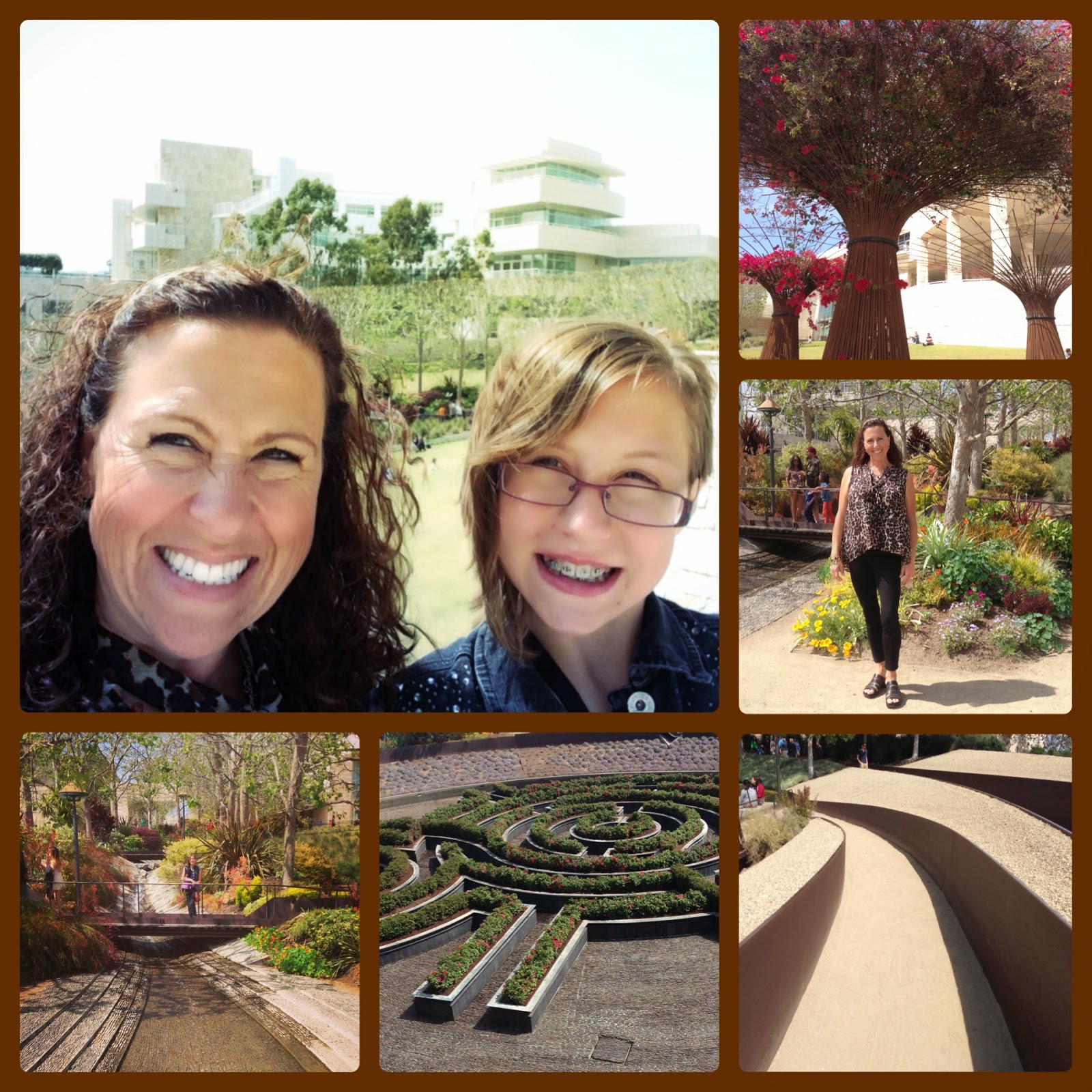 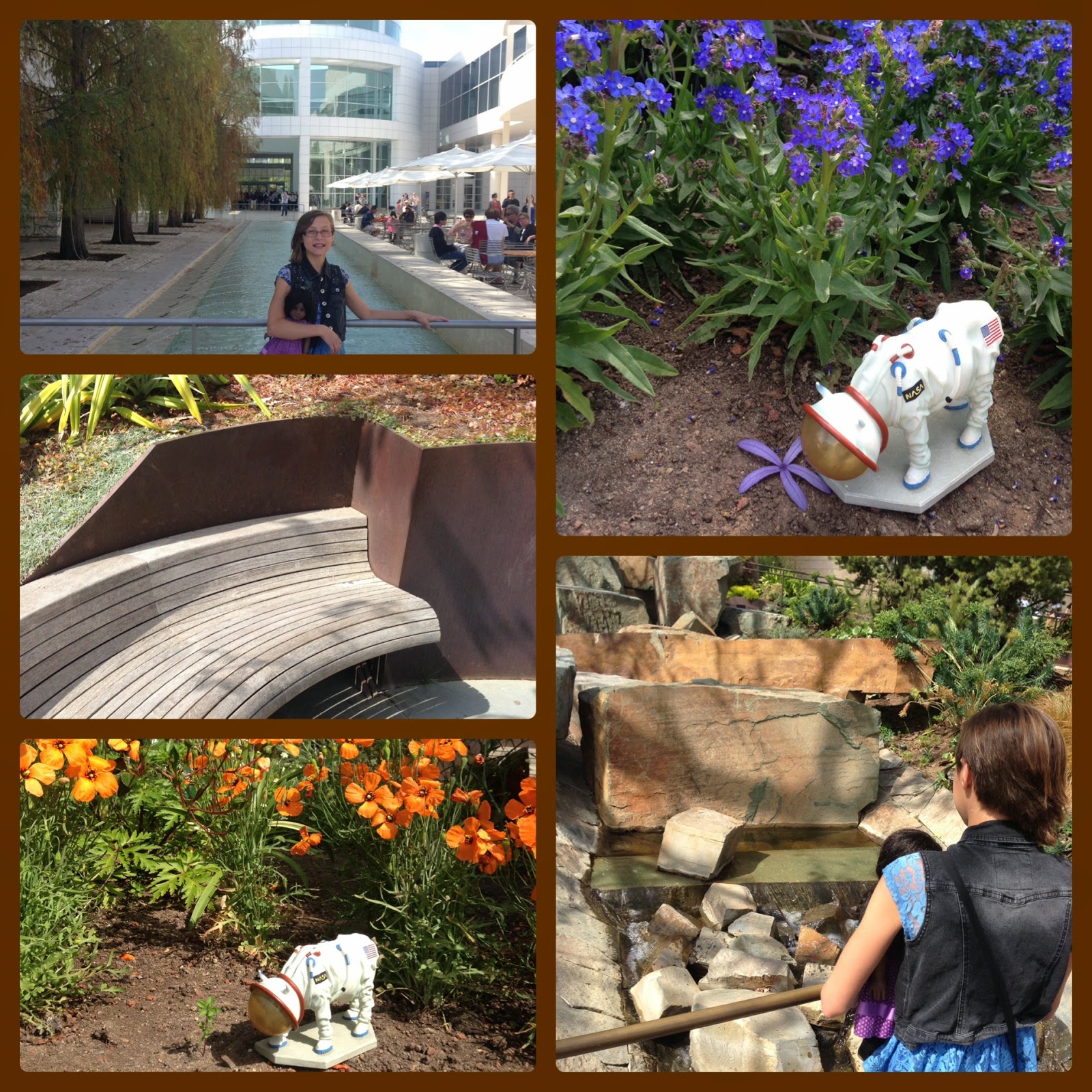 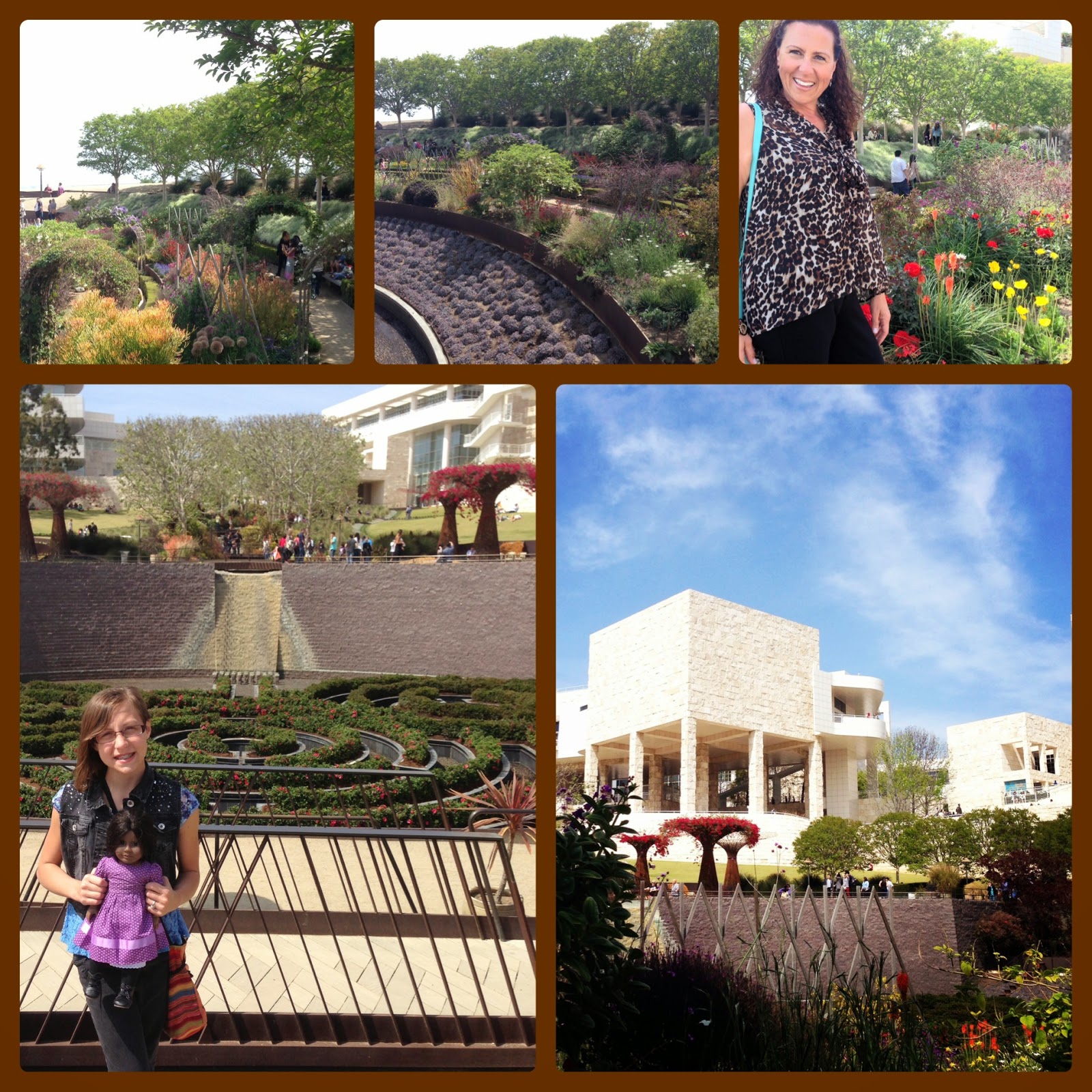 A visit to the giftshop netted Treklet some new art supplies. She bought a pouch of fresh pastels and a new sketchbook and I got a set of three small books about the Getty Collections, Architecture and Gardens.

Back to the hotel to relax so I can be well-rested and recovered from this almost-sickness for Wondercon tomorrow.
Posted by starfleetmom at 6:48 PM