Treklet & I started our break Friday night. We had a yummy Groupon dinner at Dominics Italian Restaurant and then saw Classical Academy's production of Joseph and the Amazing Technicolor Dreamcoat. We enjoyed the show very much! 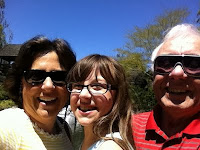 Saturday we went to a Tweetup at the Safari Park's Butterfly Jungle. We spent about 90 munites there, then we had a Toys R Us adventure.You can view it here:


A Trip to TRU With Treklet

While waiting for my tow hitch to be installed on The Leviathan, we hung out at the library. Treklet got a book and I took advantage of free WiFi for my iPADD. 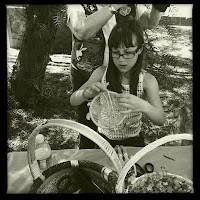 Sunday was loads of fun. After church we headed for the Sikes Adobe near Lake Hodges. It's a replica of the historical home that burned down in the 2007 Firestorm. We learned a bit about the Sikes family from the docents, Treklet decorated a basket, then hunted for not-so-hidden eggs. I won the Jellybean Contest and got 10 tickets for her to use on pony rides and bouncers. Farmers Market was going on at the same time, so we bought fresh produce, bakery items and I even got a chair massage! 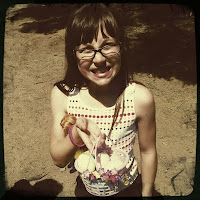 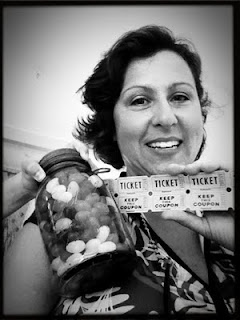 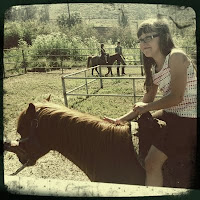 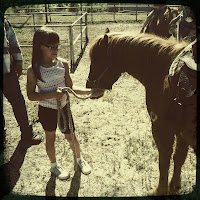 Monday has found us stuck inside. We were going to have a pool day, but the weather is not very nice. It's cloudy and cool, so instead we watched some kid shows, went in the jacuzzi for a bit and made egg-shaped Rice Krispie Treats with M&Ms inside them. What a sticky, gooey mess! It may take hours of soaking to get the marshmallow goop out of my pot. 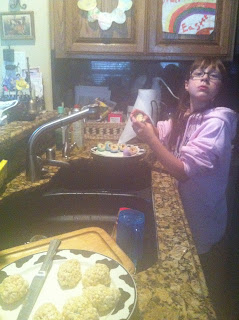 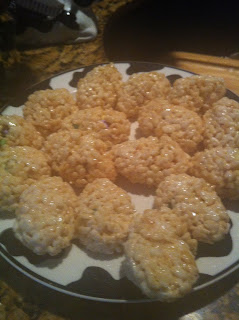 Later on we are going to participate in a service project with her castmates in Wizard of Oz. They are packing boxes of cereal for the local food banks, then we'll have a pizza party before rehearsal.
Posted by starfleetmom at 1:43 PM