A Comedy of Errors, But No One is Laughing

Because I was told there was no fracture (see previous blog post), I let Treklet perform last weekend in The Little Mermaid while wearing an orthopedic ankle boot. She did not perform in the shows that she cast as ensemble, only the 3 shows that she was Flotsam. We integrated the boot into her costume, and despite some pain, she was eager to be onstage. After each show we went straight home to splint and ice the sore limb, and when not onstage she used crutches. She was, as my friend Andrea said, more than a Brave Little Toaster, and she shined on stage as the slipper pet of the villainess Ursula. 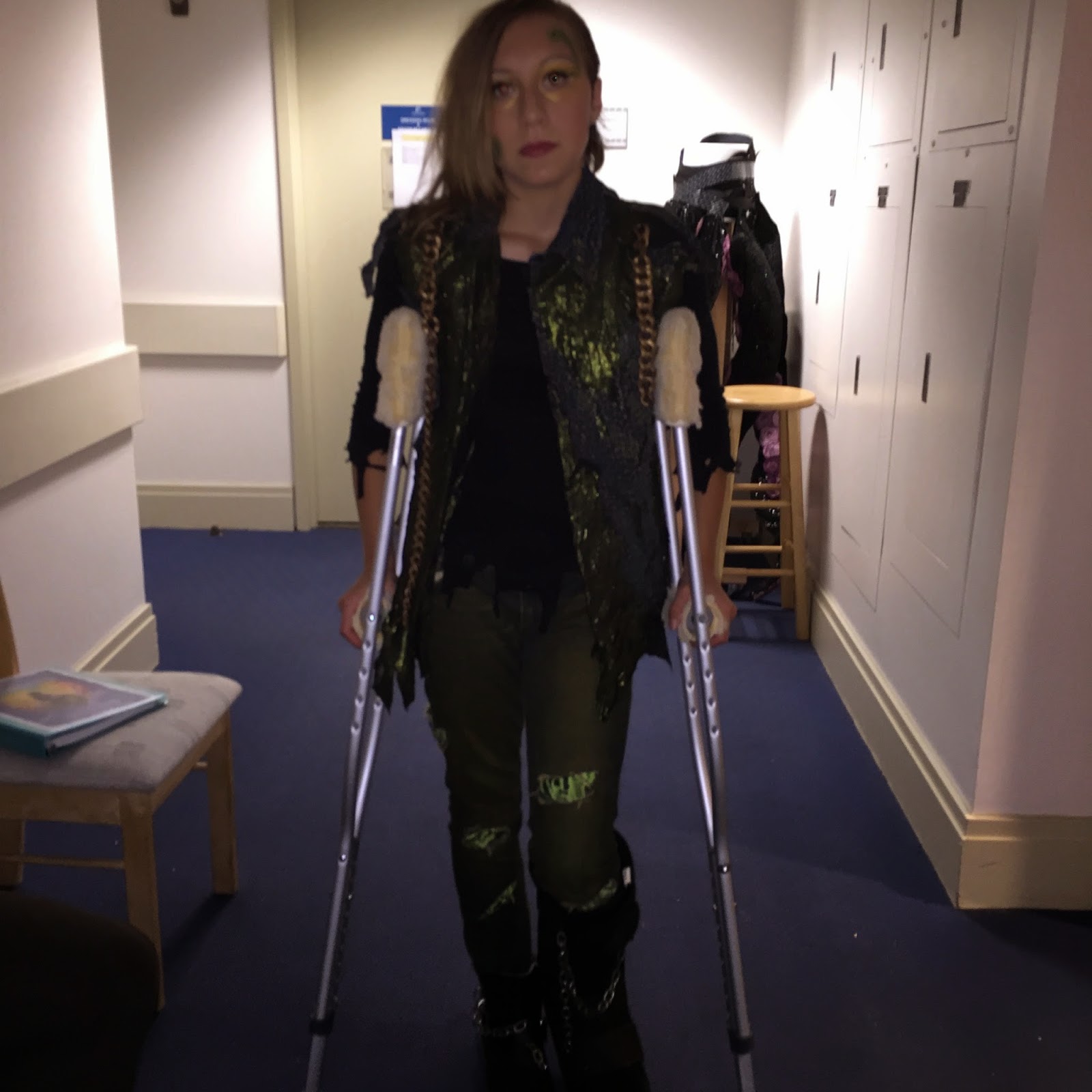 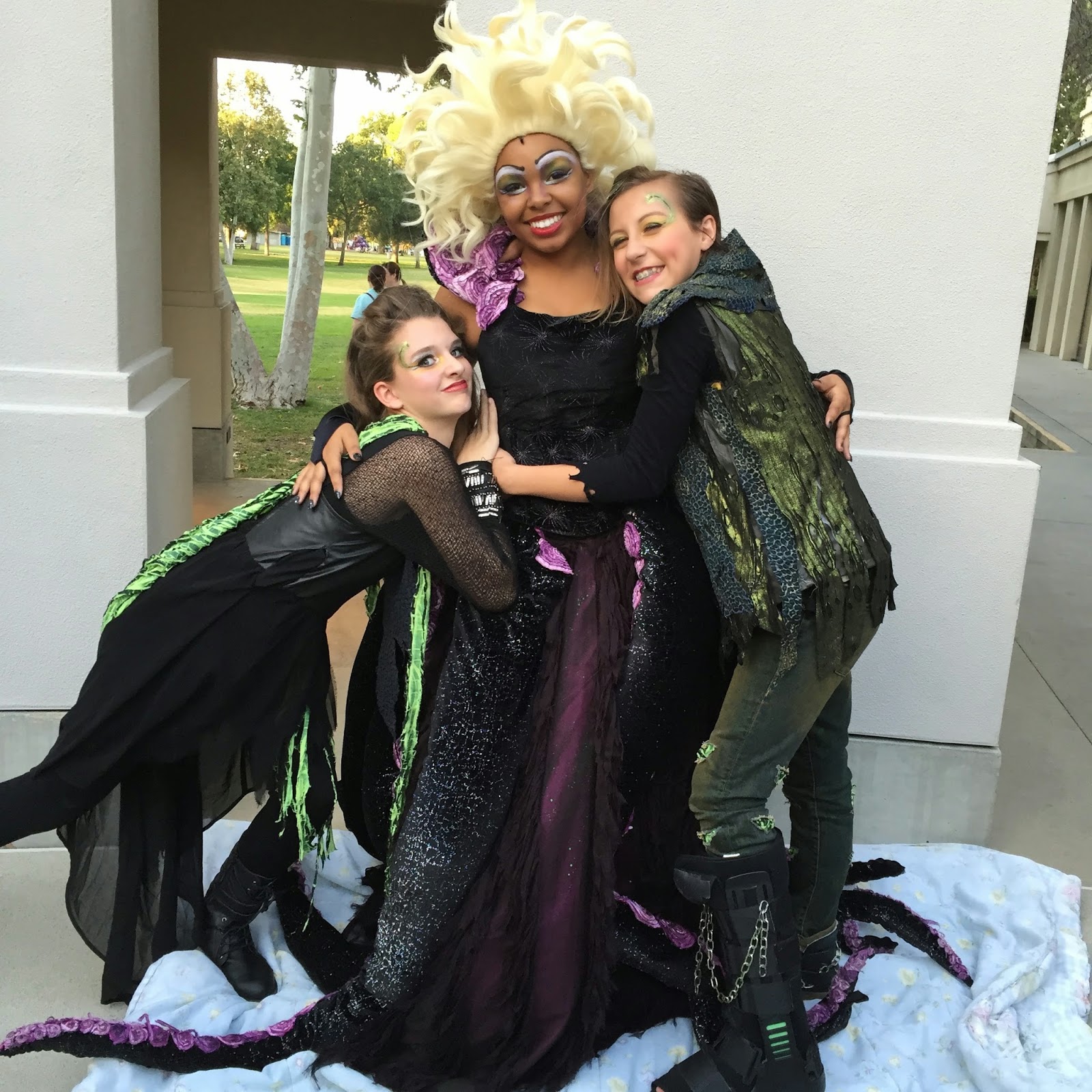 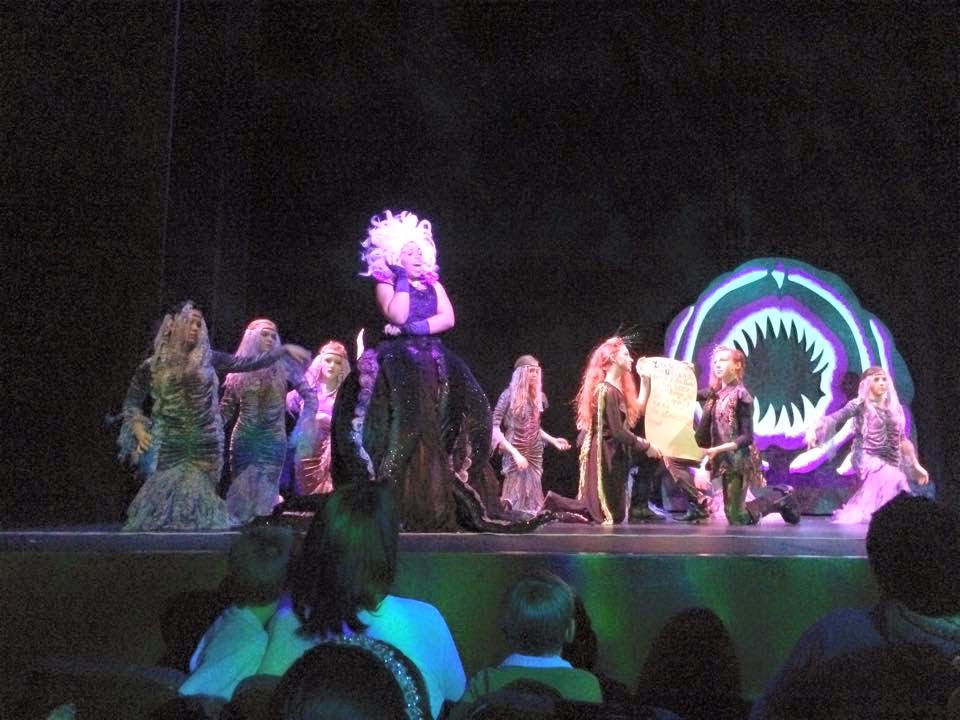 Monday morning, with the show now a memory, we went back to Rady Children's to the Orthopedic Clinic for her follow up. I was expecting them to say it was a sprain, keep off of it for a week or so, and that would be it. What really happened was more aggravation and more degradation of my faith in the organization to properly care for my child.

The MA that took us into the exam room was nice enough...at first. Then she asked Treklet to rate her pain on a scale from 0-10. When Treklet replied with 6 she answered back, "So you need medication?" No. "Then it's not a 6." My confused daughter looked to me for help. I told the MA that a child doesn't understand that a 6 means medication. She merely feels that it's somewhere in the middle of no pain and severe pain. So the MA asked again. And again. Every answer my child gave her seemed unsatisfactory. She seemed upset with my daughter and my daughter felt frustrated and confused. Finally she said, "I'll just put a 3."

Then she asked about allergies and prescriptions. I told her that my child takes no medications. She read the list of meds on the chart and again I said that she takes nothing. I thanked her for updating the records, because the ER discharge papers had several medications listed that my daughter does not take. Guess what? The discharge papers from the Ortho Clinic still say she takes those medications!

Soon the Nurse Practitioner entered the room. She was very nice. We confessed to doing the show in the ortho boot because we were told there was no fracture. She examined the afflicted ankle and said there IS a fracture at the growth plate. I'm sure my jaw dropped to the floor. Then I was given an explanation about these things not being visible on x-rays, but when she touches the ankle at that spot my child nearly jumped off the table with pain, so she knows it's broken. Then she showed me x-ray and pointed out the telltale sign that it's broken... wait..what? So you can't see it on x-ray, but look at the x-ray and see it?

We were ushered to the cast room. What should have taken 15 minutes took well over an hour. Three other patients came and went while we were there. Why? Because we had an unsupervised student applying a cast!

At first he seemed professional enough. He positioned Treklet's foot on the stand, and proceeded to wrap the cotton padding. Then he applied the cast material. When he was nearly finished he declared that the bottom had a lump and she wouldn't be able to walk on it so he would need to remove it and start over. OK, I'm all for diligence. He waited a few minutes for the cast to harden up and then cut it off with the saw. He started completely over. Did I mention that it took as long for him to put the cotton on as I remember putting a whole cast on takes?

The second cast was eventually completed but then someone with more experience looked at it and decided her foot wasn't flexed enough. Out came the saw again. The cast technician told me he would be doing the next one. He had Treklet lie on her stomach with her knee bent so the foot was in the air. He instructed the student intern step by step as he wrapped the limb and mentioned several times that this was an advanced technique but he had years of experience. When her cast was finally finished he put a cast shoe on her and informed her that she could walk on it, but if it was painful she could support her weight with the crutches.

We were told to return in 3 weeks. Scheduling that appointment was just one more aggravation. Evidently, there is just one appointment available in 3 weeks, at just one of the clinics, and it happens to be a time that I can't make. There were no other days or hours available unless we waited an additional week, so I took the appointment, hoping that my husband could take her.

She won't walk on the cast. She needs her crutches or at least a cane, even 3 days later. We think we figured out why. The cast seems wonky to us! If her foot is facing forward, in a walking position, her knee is twisted inward and bearing weight on it hurts her ankle and her knee. If her knee is facing forward in a walking position, her foot is angled outward like the Penguin, and it hurts her ankle. I am calling this morning. I am also calling the hospital administration, as soon as I can figure out who to file a complaint with. I also just noticed that the wrong pediatrician is listed on her discharge papers! I suppose this means another blog post will be forthcoming.


Posted by starfleetmom at 7:53 AM