Where did my love of Sci Fi Come From?

I've been asked many times why I am a Trekkie and why I love  Sci-fi.

There are actually 2 very different answers to these questions.

I don't know when I first started liking science fiction, but I know what happened to seal my love for it: MUSIC! It was the 1976 and my eyes were filled with a cute guy who filled my ears with Rush 2112. It was true love (the album, not the guy). The rock opera about a future society touched my imagination, even as the music moved my spirit. The next guy (a longer-term relationship) was also a Rush fan, and expanded my horizons with Alan Parsons' I Robot and Black Sabbath's Iron Man, and then there was Hemispheres. A few years later I even counted Thomas Dolby's She Blinded Me With Science and Billy Thorpe's Children of the Sun as favorites. Of course I also loved Elton John's Rocketman and David Bowie's Major Tom, but I think the love affair began with Rush (Sorry Robert Plant...I swear I'm still all yours).

I know that I watched Star Trek, Lost in Space and The Jetsons as a kid, but I also loved The Monkees, Gilligan's Island, Bewitched and I Love Lucy. I can't really remember being Sci-Fi focused. I read the usual little girl books in grammar school: The Laura Ingalls and Marguerite Henry books as well as the mystery series that was in stock at our school library. I don't remember reading science fiction as a child.

I do remember being extremely excited when I went to see a movie and saw a preview for Star Trek the Motion Picture. I do remember going to Star Wars (That's all it was called back then!) in the movie theater with my boyfriend when I was in high school. I probably even liked it back then. 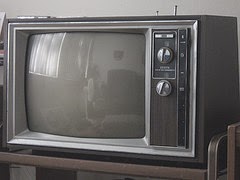 I remember sitting on the edge of my seat during Alien. I don't know why, but I hate admitting that I don't think I ever saw any of the Apes films in the theater, but I know I watched them on TV.  When something like Westworld or Twilight Zone came on while channel surfing, I'm sure I stopped turning the dial (yes, we had to get up off our butts to change the channel back then). When our local PBS station started playing Doctor Who (Tom Baker, the Fourth Doctor) on Sunday nights, it became a tradition. By then I was in college.


Now, why am I such a hardcore Trekkie? Star Trek does what much of science fiction does, but it does it in a special way. The original series broke many rules, knocked down many barriers...all while thumbing it's nose at censors and network executives that didn't even realize it. Or did they? Think about all that Mr Roddenberry and his team got away with! Interracial integration, women and minorities in positions of authority, interracial and even interspecies intimate relations. They tackled social issues like racism, slavery, social strife, and war. Sure there was some inconsistency, but there were also many different writers, and our own society was in a strange state of flux during the production years. There were some brilliant episodes, and some campy ones, but the point is, subjects that were normally taboo were included in the series, and social commentary was often snuck in because the setting was a fictional society on a fictional planet. Rush did the same thing with songs like The Trees, and, well, most of their music.

I just read Clockwork Angels, by Neil Peart and Kevin Anderson, which tells the story of Rush's album of the same name in a beautifully illustrated (by Nick Robles) graphic novel. I can't help seeing a parallel between this story and some of what Star Trek was telling us. "What do you lack?"
(By the way...I'm still waiting for a 2112 Movie! Someone needs to make this happen...or at least a graphic novel!

Star Trek is not unique in it's ability to spawn questions about our own society and beliefs. I just love the way it does it. 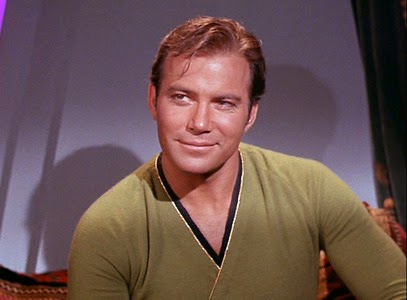 Posted by starfleetmom at 3:15 PM