I have a twitter pal who shares a love for the show Mad Men with me (you know who you are, Sassy!). She had already seen most of it before me, as I have just marathoned five seasons in the past few months on Netflx. I have had so much fun discussing the episodes and characters with her as I get caught up! I'm one disc away from being up-to-date and dreading having to wait a week between episodes when Season Six begins in April.

I got a little silly and creative this afternoon and designed some Mad Men Valentines for her. I used photos of our favorite bad boy, Don Draper, and added references to some of the ad slogans from the show.

I simply couldn't wait to share them until Thursday, so I posted them to her on Twitter first. Here they are now for the rest of the world. You probably won't "get" them if you haven't seen the show. 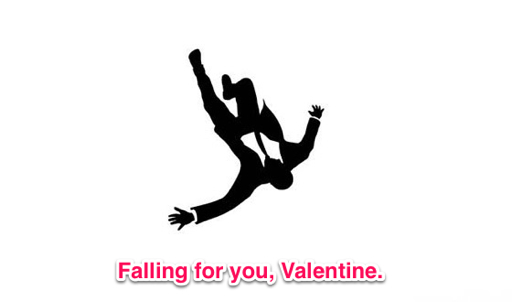 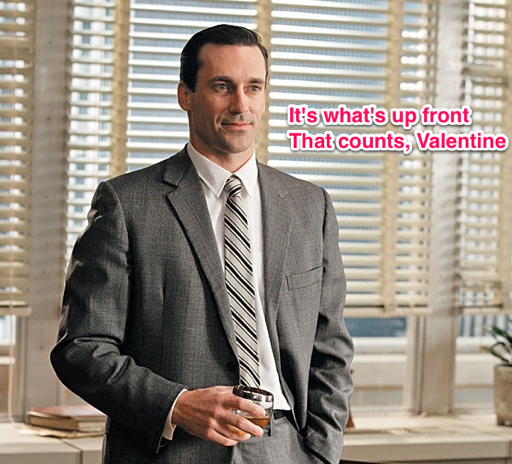 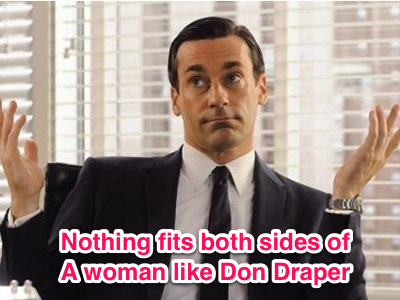 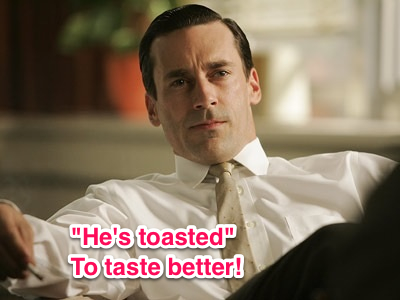 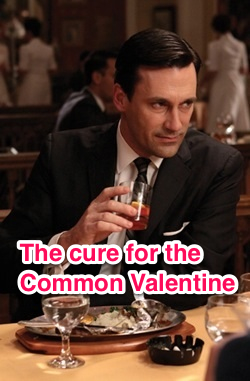 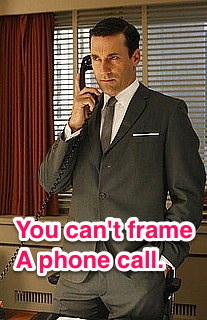 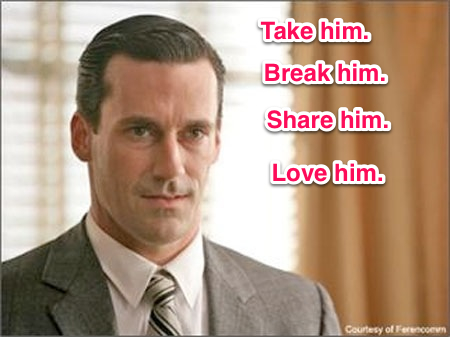 Posted by starfleetmom at 1:44 PM