The last few months have been a whirlwind of nonstop motion for me. It's taken a toll on my health, and my mental outlook. I am looking forward to the next two weeks, because I won't have to go anywhere I don't want to! No play rehearsal, no karate, no school, and....The Alien got his restricted driver's license, so he can drive himself to work and his court-ordered meetings. That gives me my daytime freedom back!

Treklet was in Annie last week, and I helped backstage. That meant that we were at the theater every night, and all day Friday through Sunday. It was exhausting, but seeing my little girl onstage was amazing. Frankly, when I signed her up for the show I thought it was Annie, Jr. but it was the full two-hour production! Treklet was in many scenes with five costume changes. She was an orphan, a Hooverville bum, a New Yorker, and the Dogcatcher. I snapped a few phone pics from the wings. 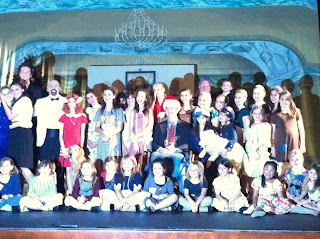 and even a few videos!

The day after the show ended, Treklet was back at school with one more big hurdle to get through. She missed belt testing during production week, and had one chance on Monday night to test for her Jr. Black Belt after an 11 day absence! Guess what? She did it! My little Treklet is now a Jr. Black Belt! 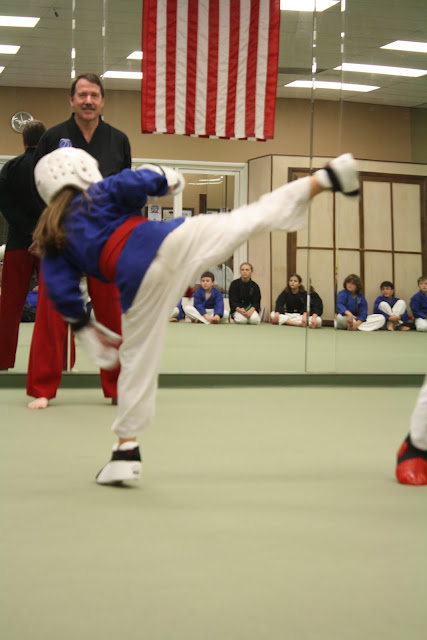 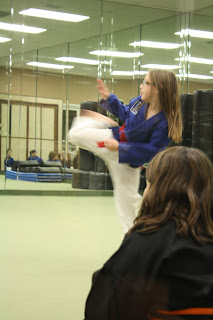 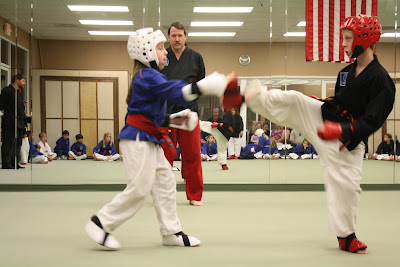 Posted by starfleetmom at 10:59 AM