I have never shopped Black Friday. It's too hectic, and I never see things advertised that I want anyway. My Christmas shopping is spread out for months, so I don't feel pressured to hit the stores the day after Thanksgiving.

I did look at a few online stores by clicking through their emails tonight. The only one I purchased at was Fredericks, which had the whole site at 25% off and free shipping. Everything I bought was for me. :-)

Treklet's gifts are all purchased, and I need to find one more thing for my eldest. I am stumped on what to get my BFF this year. I usually have a few things squirreled away for her for months! Nothing seems good enough for her this year. I am sending checks for the parents to shop for the nephews and grandkids. They live thousands of miles away (Wisconsin and New Zealand) so I have no idea what they like or what they have, and shipping is very expensive.

While thousands of San Diegans were fighting the mall crowds today, Treklet and I went to the zoo.  We got there early, because I was afraid it would be crowded and parking at Balboa Park stinks. We were pleasantly surprised! At 9:30 a.m. we practically had the place to ourselves. It was pretty chilly, though. We hit the reptile house first (she always makes me go in there first), then spent a long visit with the Galapagos Tortoises.

We saw the IMAX movie Galapagos last week. It was excellent, and as soon as it was over we made a plan to visit the zoo's tortoises over Thanksgiving break.  I am fascinated with anything Galapagos. When I was about Treklet's age I did a report on the marine iguanas. I can remember using tracing paper and the Encyclopedia Brittanica to illustrate my report.  I have wanted to take an Expedition Cruise there ever since. 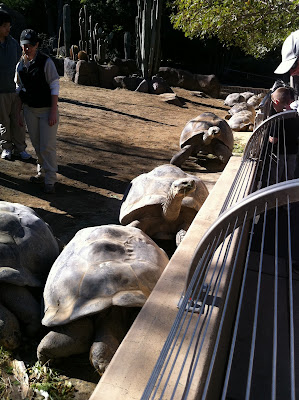 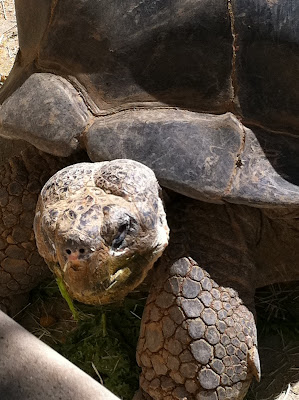 Many of San Diego's Galapagos tortoises are over 100 years old!

We cruised through the Children's Zoo next. The have installed a new play structure, by the way. We spent most of our time there looking at creepy-crawlies.


Then we headed across the park to the giraffe exhibit to line up for feeding time. We visited the koalas on the way there. After I tweeted several times from the zoo, my pal Ernie replied to me with a #BlackFridaySafari, so of course I stole that hashtag for my posts, and for this blog title. It was brilliant! We were first in line, so the giraffes were excited! Treklet got 3 biscuits, and gave them all to one very sweet giraffe while I took pictures and a video. 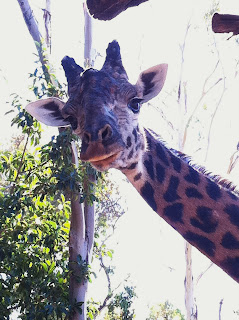 Back to the opposite end of the park again, to hop on the Skyfari. By now it was after noon and it was getting crowded. We rode to the top and spent a while at Polar Bear Plunge. 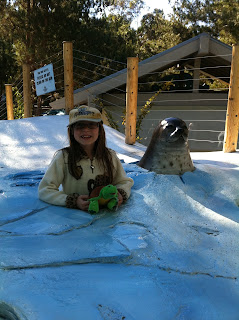 At first I was disappointed that the bears were not in their enclosure, but then a keeper went inside and put some big beef bones and treats on the ground. Shortly thereafter, the door opened and ou walked the first bear. He was huge.
A few minutes later another, slightly smaller bear came out. The bones were a hit! 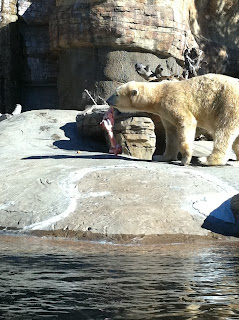 We rode the Skyfari back to the front of the zoo. We were done. That's right! We didn't visit Elephant Odyssey, Monkey Trails, Tiger River, or the Pandas. We had enough. Not too much, just enough. We were home by 3:00 and Treklet spent the rest of the day and most of the evening with her pal down the street. Now that's how you do a Black Friday.

Posted by starfleetmom at 7:38 PM